A firefighter has died after being injured in the October 17 blast at a BASF chemical plant in southwest Germany. The accident was likely caused by a contractor cutting the wrong pipeline, the company said. 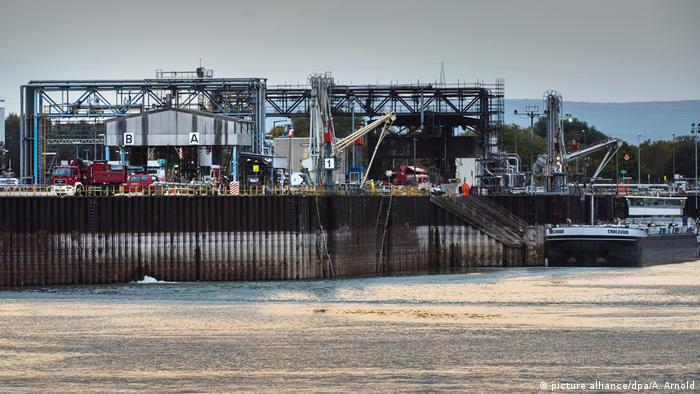 The death toll from an explosion at a BASF chemical plant in Ludwigshafen earlier this month rose to four on Saturday, the chemical giant said in a statement.

"This morning, one of the BASF firefighters who was critically injured in the October 17 explosion ... succumbed to his wounds," the BASF statement read.

"I am deeply concerned, that another employee has died as a result of the accident," said BASF CEO Kurt Bock in the statement. "Our thoughts are with our deceased colleagues and his family."

The explosion and subsequent fire killed two BASF firefighters as well as a Polish sailor on a nearby tanker ship. The body of the sailor was retrieved by divers from the bottom of the BASF plant harbor where the accident took place.

Eight people were critically injured - including the now deceased BASF fireman - and another 22 people were slightly injured. A memorial service for the victims is set to take place on Sunday.

The October 17 fire occurred at a river harbor used to unload flammable liquids and liquid gas. It took firefighters 10 hours to extinguish the resulting blaze.

BASF said earlier this week that the explosion was likely triggered by a contractor who mistakenly cut a wrong pipeline.

A fatal explosion at a chemical complex near Cologne has raised concerns about the park's proximity to one of Germany's biggest cities. Chemical plants located near major cities are a common sight in the country.