Danish prosecutors have alleged the four men assisted a gunman who killed two people in separate attacks on a synagogue and free speech event last year. All four men have pleaded not guilty. 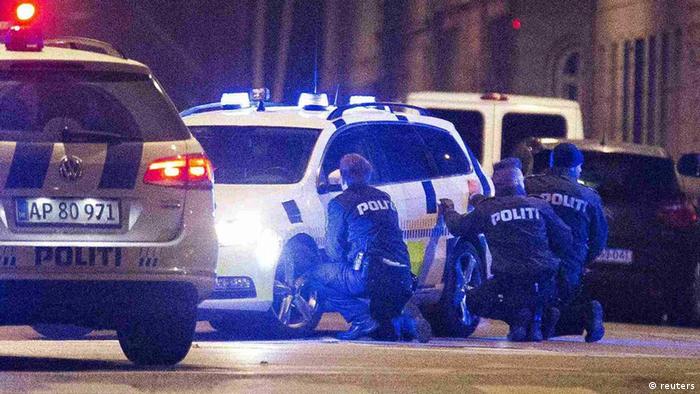 Prosecutor Bo Bjerregaard accused the alleged accomplices at the opening of the trail on Thursday of trying to "destabilize or destroy Denmark's basic political, constitutional, economic or societal structures."

The four, aged 20 to 31, stand accused of a "terror offense" for aiding 22-year-old Omar El-Hussein in the time between the two attacks.

El-Hussein first opened fire on a cultural center in Copenhagen during a free speech event on February 14 last year, killing a filmmaker and wounding three police officers. The event was attended by Swedish artist Lars Vilks, a target of Islamist extremists for his drawing of the Prophet Mohammed as a dog.

Later that night, el-Hussein fired on a synagogue, killing a security guard and wounding two more police officers. The Denmark-born Palestinian was then shot dead by police.

The case against the four men, who all knew the gunman, is based on the allegation they provided ammunition, a hoodie and a bag, as well as paid for el-Hussein's time at a internet cafe where he located the synagogue.

Two of the four men are also charged with helping el-Hussein to get rid of the automatic M-95 rifle used during the first attack.

All four men have pleaded not guilty, arguing they had no knowledge el-Hussein was planning the synagogue attack.

El-Hussein carried out the attacks only two weeks after being released from prison for a stabbing.

Prosecutors said he had pledged allegiance to the so-called "Islamic State" on Facebook the day of the shootings, but investigators said he had no links to the extremist group.

The trial comes as Europe is on high alert following last November's terror attacks in Paris, in which 130 people were killed by "Islamic State" linked extremists.