'We are Muslims. ... We speak out against terrorism'

The organization 12thMemoRise takes to the streets to protest extremism in the name of Islam. The group uses provocative performances to urge people, especially Muslims, to take a stand. 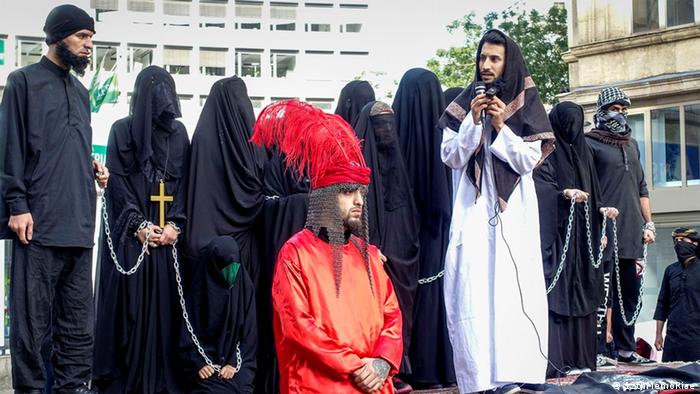 DW: The German public broadcaster ARD commissioned a documentary about 12thMemoRise after you won a pitch competition this month. What will the film be about?

Hassan Geuad: A filmmaker is going to accompany us. The idea is to answer why Muslims don't speak up against terrorism and radicalization.

Is the documentary going to show the provocative performances you are known for - such as staged executions and slave markets in pedestrian areas?

The movie is going to show some raw material from our past events, as well, and how we prepare for it. And, of course, it will feature performances that are yet to come.

Are there plans for new performances?

We definitely want to do new performances out on the streets. We would like to do protests in Hanover or Berlin, because we haven't done anything there yet. We want to criticize blindly following scholars or preachers. And we want to criticize peer pressure, of course. We might do something on that in the next few weeks. 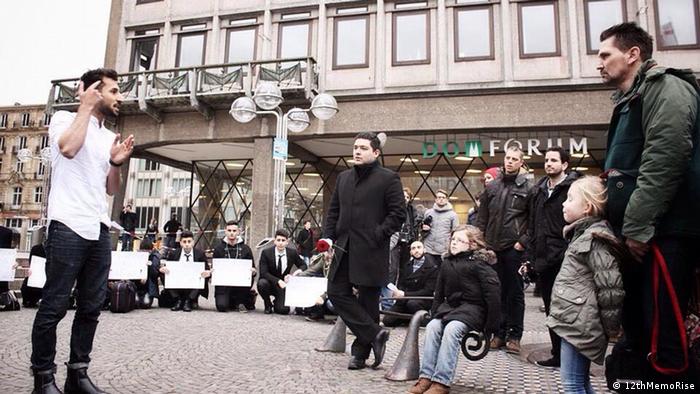 Hassan Geuad (left) formed 12thMemoRise with his brother. Now 25, Geuad, a student of German and media studies, was born in Iraq and moved to Germany when he was 10

Your performances are provocative. Were there no incidents where passersby took action or called the police - say, when you ran around with a machete, dragging along people you pretended were slated for execution? Were you not running the risk that people thought this was real?

Sure, there was that risk. All items and the protest itself were officially registered with the authorities. Legally speaking, we did nothing wrong. But some passersby were quite shocked. The police came after 10 minutes and told us they had received hundreds of calls claiming "IS" was in town. But the protest was necessary. It triggered discussions about how one should deal with Salafists on the streets who are dangerous.

On-site, we did say some things that we cut out from our videos because we were afraid. We named names and places where dangers are real. We've received several death threats after this protest. We receive death threats once a week or every two weeks. I was attacked in Düsseldorf. For one of our protests, we've received messages stating that this protest would be our last. We've reported that to the police.

How do you want to combat terrorism?

We have groups in Germany that are suspected of terrorism. If you've already identified who's dangerous in the Muslim community, the next step should be that we Muslims put pressure on umbrella organizations to strip them of support so that they no longer can speak in the name of Islam and mislead even more Muslims and non-Muslims. 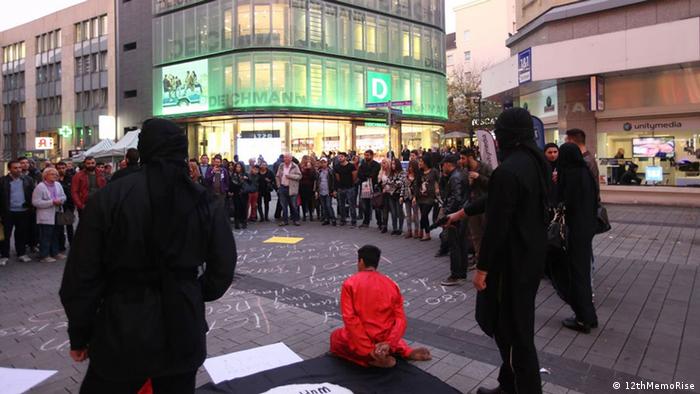 Would you like to see extremists banned from mosques?

Yes, and this needs to happen through the Islamic community. If the state does that, Salafists could use that for propaganda purposes and claim the state was fighting Islam.

We are Muslims. We are not former Muslims or Islam critics. And that's our advantage. We speak out against terrorism. 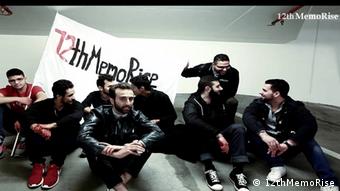 What does 12thMemoRise stand for?

The number 12 is respected in Judaism, Christianity and Islam: the 12 tribes in Judaism, the 12 apostles in Christianity and the 12 prophets in Islam. The term MemoRise stands for remembering the similarities. We are up to 15 core members, but for protests such as the slave market we can mobilize up to 50 people.

Düsseldorf's regional court has begun hearing the case of Nils D., a German who has confessed to being a member of the "Islamic State." The 25-year-old is accused of joining an 'IS' special terror cell in Syria. (20.01.2016)

Police have raided, closed and banned a Muslim association and mosque in Stuttgart for supporting the "Islamic State" militant group. Several people from the region frequented the center before leaving for Syria. (17.12.2015)

One of Germany's most prominent Islamist preachers has been arrested on the suspicion of supporting a terrorist organization in Syria. Sven Lau is known as the leader of the so-called "Sharia Police" in Wuppertal. (15.12.2015)