Hazem Abdel-Azim, a prominent government opponent, has become the latest critic to be detained in Egypt. The government has been accused of failing to respect human and civil rights since the March elections. 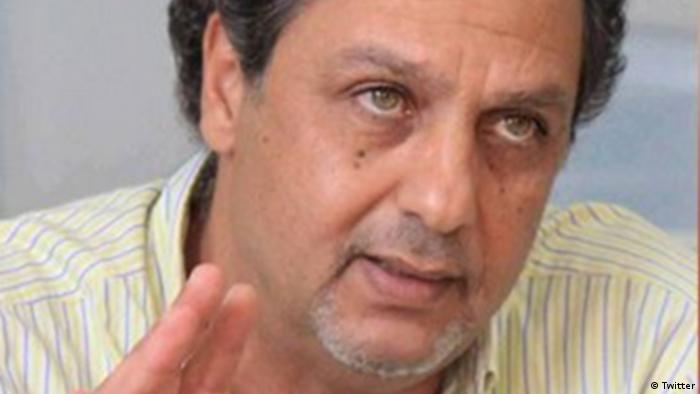 Hazem Abdel-Azim, who had campaigned for President Abdel-Fattah el-Sissi, became one of the president's harshest critics after abandoning the campaign trail in the 2014 elections.

Abdel-Azim was taken from his home in a Cairo suburb Saturday night, and accused of belonging to an outlawed group and disseminating fake news.

On his Twitter profile, Abdel-Azim says: "I have been right and I have made mistakes, and my biggest mistake was accepting to join Sissi's campaign." He has 752,000 followers on the social media site and regularly criticized the president.

Abdel-Azim had been a deputy telecoms minister under ousted President Hosni Mubarak before chairing the youth committee for el-Sissi's election campaign four years ago.

Police officials spoke about Abdel-Azim’s detention on condition of anonymity as they were not authorized to speak to the press. Reuters said three security sources had confirmed the reports.

El-Sissi was returned to office in March in an election that presented no serious challengers to his rule. Since then Egyptian police have arrested several secular activists.

Blogger and journalist Wael Abbas was arrested at his home on Wednesday. Sherif Gaber and Shady Abuzaid were also arrested.

Earlier in May, journalist and researcher Ismail Alexandrani was sentenced to 10 years in jail after being arrested in November 2015, accused of membership of the outlawed Muslim Brotherhood.

Egypt on tenterhooks 3 years after uprising