Prominent Egyptian journalist Wael Abbas has been removed blindfolded from his Cairo home. No reason has been stated by authorities. His presumed arrest follows recent detentions of two other bloggers. 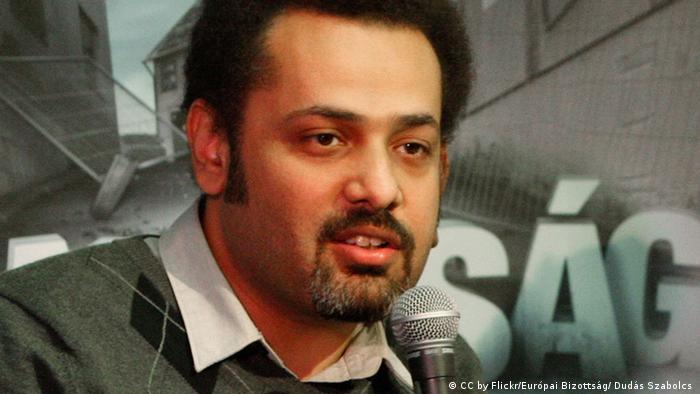 The Arabic Network for Human Rights Information (ANHRI) said police raided the home of Wael Abbas's family at dawn Wednesday without an arrest warrant and took away the journalist and blogger, blindfolded.

In 2006, Abbas came to prominence for posting videos showing police brutality and earned the Knight International Journalism Award in 2007.

Abbas' lawyer Gamal Eid in a Twitter message said "the escalation of the police campaign in Egypt amounts to the abduction of well-known journalist and blogger Wael Abbas."

An Egyptian Interior Minister official told Reuters the reported detention was being checked.

ANHRI said: "They took Abbas blindfolded to unknown whereabouts after they seized computers, phones, books and other things from the house." 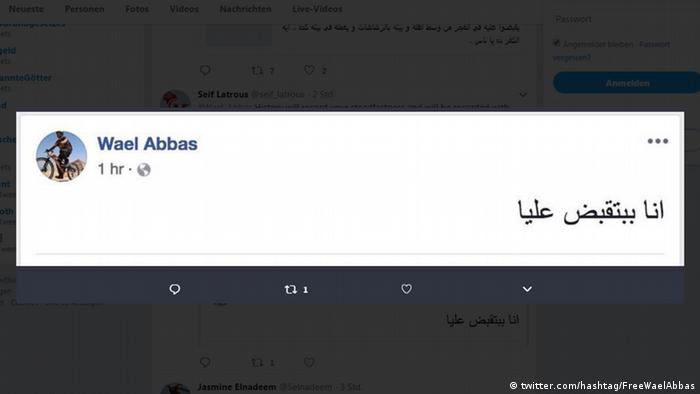 Abbas posted this message in Arabic, saying he was being arrested

Abbas' Twitter account was suspended last year as President Abdel Fattah al-Sissi's government pressed a crackdown on dissent, which rights groups say is the worst ever in Egypt.

Since Sissi took power in 2013 by ousting President Mohammed Morsi of the Muslim Brotherhood, scores of liberal activists and journalists have been imprisoned, along with thousands of Islamists.

On Tuesday, an Egyptian military court jailed journalist and researcher Ismail Alexandrani for 10 years, a sentence condemned by Amnesty International.

Alexandrani had reported on the Egyptian army'scampaign against militants in the Sinai Peninsula.

Sissi was re-elected in March by securing more than 97 percent of the vote.