Former Bundesliga club Hamburg leave everyone at a loss

Until a year ago, Hamburg were the only club never to have been relegated from the Bundesliga. Their failure to win promotion on first attempt has left fans and former stars like Felix Magath shaking their heads. 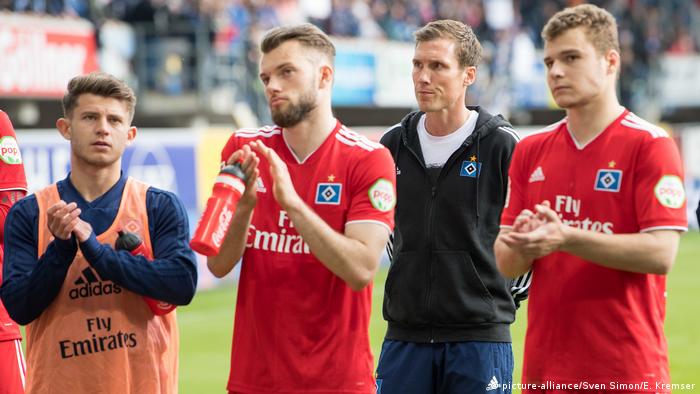 A day later and the disappointment is still palpable even amongst those who have, at the very least, geographically distanced themselves from Hamburger SV. After failing to bounce back from their first-ever Bundesliga relegation by securing an immediate return, the emotions remain raw.

"As a former player and head coach, I'm naturally disappointed, but that's not what it's about," Felix Magath told DW. During his 10-year spell with HSV in his playing days, Magath won three Bundesliga titles and two European titles. A two-year spell as team manager that began almost as soon as his active career ended in 1986, saw HSV win the DFB Cup for a third time.

The 65-year-old, who has since moved to Munich, is struggling to understand how "a club that has so many more resources at their disposal compared to other teams, failed to secure promotion back into the Bundesliga and instead allowed Paderborn to pass them."

Magath didn't want to elaborate so soon after Hamburg's fate had been sealed following Sunday's 4-1 loss to Paderborn, but did pose the question: "Who will accept responsibility for the disaster?"

Hamburg have hit a new low that those connected with the club from Felix Magath and the fans to the club's hierarchy could hardly have fathomed before the start of the season. In addition to the sporting low lights, the club are also having to cope with a large mountain of debt.

Currently at a reported €85 million ($95 million), the liabilities pile up with a turnover of close to €133 million. The annual loss of €20 million that was announced by the club only further obscures the balance sheet. 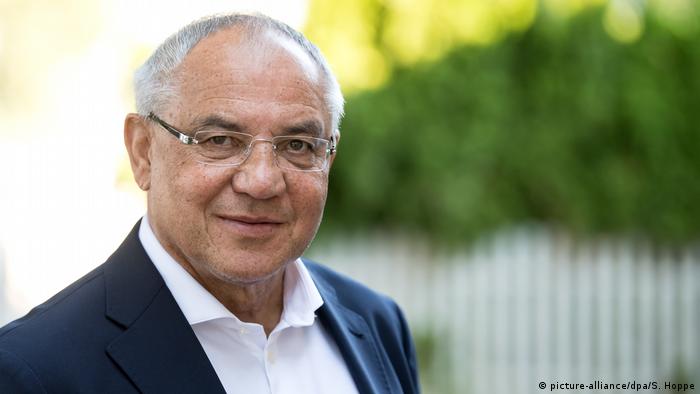 A former player, coach and team manager, Felix Magath is worried about Hamburg.

A major question now is how will the financial institutions, who have given HSV a long line of credit, will handle the situation.

Hamburg's inability to bounce straight back into the top tier will see their income from television rights drop even farther next season. As a result, the conditions now are different to when the contract for credit was signed.

"Banks usually respond to situations like this by imposing a risk premium which would increase the interest burden on the club," Maennig said.

This season's budget of €28.5 million will also likely take a hit ahead of next season, while the squad will certainly undergo wholesale changes.

The club have already made it clear that midfielder Lewis Holtby and striker Pierre-Michel Lasogga will not be offered contract extensions.  Rising star Jann-Fiete Arp has already signed a deal with Bayern Munich. Meanwhile, head coach Hannes Wolf will be wondering whether he'll still be in the job come next season.

Spending a second season in the second tier is a catastrophe for a club who so proudly boasted of their ever-present status in the Bundesliga before the drop after the 2017-18 campaign. Missing out on promotion though, will also have a societal impact as Hamburg is currently without a top-tier team in any sport, though basketball side Hamburg Towers have clinched promotion for next season.

"This scenario is already an open wound for the city," Maennig said. It's a situation that will wear away at the already depleted levels of self-confidence for residents of Hamburg, because elite sport is part of the inner fabric of the port city.

In the eyes of the critics though, all is not lost despite Hamburg's sporting doldrums, at least in a football context.

"Hamburg will survive this phase and in three or four years will still exist and at some point be back in the Bundesliga," concluded Magath. The former player, head coach and general manager would know best, given that few know Hamburg as well as he does.

An eventful match at the Volksparkstadion resulted in HSV being finally relegated. However, it was an afternoon to be proud of for most of Hamburg’s support, proving the magnitude of the club will pull them through. (12.05.2018)

Seven years since the last meeting between Hamburger SV and FC St. Pauli, the local rivals met again in Germany's second city on Sunday. It's a tale of one city, two clubs and different worlds. (01.10.2018)