Foreigners not welcome: racism in Germany′s housing market | Germany | News and in-depth reporting from Berlin and beyond | DW | 13.11.2013

Affordable apartments are rare in German cities these days. Demand far surpasses supply. The situation is even tougher for migrants, who are often confronted with racial prejudice. 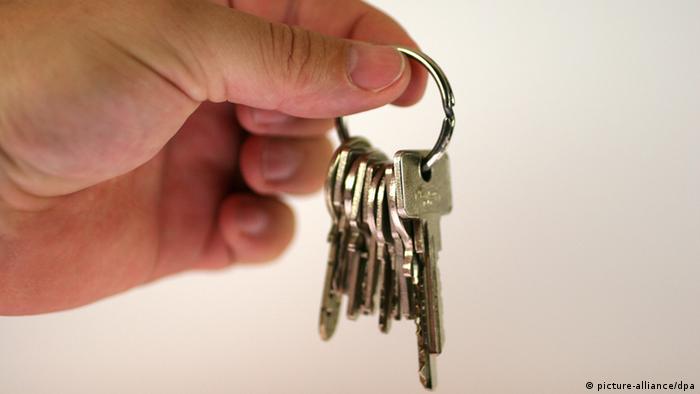 The landlord didn't mince words when Aysegül Acar knocked on his door on the hunt for a new apartment: "We don't rent to foreigners!" he told her straight out.

Aysegül Acar - that's not her real name - left Turkey for Germany more than 30 years ago. She now lives in Bonn, she likes Germany and feels at home here. However, when she recounts her apartment hunting experiences, she sounds resigned. "I moved three times in Germany, and had upsetting experiences each time," she says. "The German landlords didn't see me as a suitable tenant: my last name is all wrong, I have an accent and the wrong looks."

It is not often that landlords are as blunt as the man who brushed Acar off. All the same: when house-hunting, most migrantsin Germany feel discriminated against, according to a survey of about 10,000 people with foreign roots two years ago by the Expert Council of German Foundations on Integration and Migration (SVR).

In Germany, more than 50 percent of the population live in a rented home, according to official statistics. In large cities like Berlin and Hamburg, it's 80 percent. Housingis in short supply and much sought after, especially in the conurbations. Landlords can choose from a large number of applicants and pick out the most "suitable" tenant. Those who are less affluent, like single parents, the jobless or students, are often left empty-handed. But racism can also be a reason for rejection. 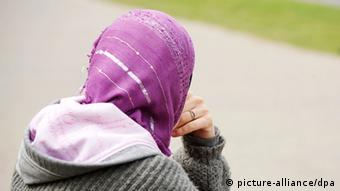 Many migrants feel left out in the cold

Muslim women with head scarves and black Africans are the people who are most likely to be confronted with discrimination, Birte Weiss of the Basis&Woge advice center says. "When people from one of those groups show up for a viewing, landlords often say 'sorry, the apartment is already gone.'"

Basis&Woge in Hamburg is a contact point for victims of discrimination. About one out of five people who turn to them were discriminated against when apartment-hunting; in that case, the center offers help with legal matters, since those affected clearly have the law on their side in Germany.

"In Germany, no one may be disadvantaged because of their origins, sex or race; that's regulated by the General Equal Treatment Act, and that also applies to house-hunting," says Christine Lüders, head of the federal government's Anti-Discrimination Office. She concedes, however, that it is often difficult to prove discrimination. As a rule, landlords don't openly refuse someone because of their origins, she told DW: they tend to make different excuses.

An apartment for Herr Schulz'

For a long time, Aysegül Acar wasn't sure that she was having problems because of her origins or whether she simply was being unlucky. Her son had an idea. "After I had once again been rejected on the phone, my son and I made a bet. He speaks German without an accent, so he tried the same number a few minutes later, calling himself Herr Schulz." He was told the apartment was vacant and he could make an appointment for a viewing. 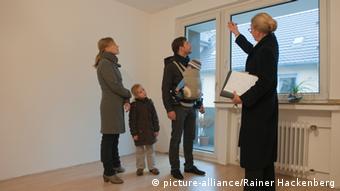 Experts call the method "testing": the aim is to prove that applicants with foreign roots are treated differently, says Weiss. If there is evidence, legal steps can be taken, at least in theory.

In practice, few cases land in court despite the clear legal situation, support by organizations and procedures like testing. "The fundamental problem is that court cases drag on for many months," says Sebastian Busch, an attorney who has represented people affected. "Even if people are awarded an apartment, it's much too late for them."

Aysegül Acar also refrained from filing charges. Finding an apartment as quickly as possible was more important to her to than a long drawn-out trial. In the end, she managed to find a new home she likes. A bitter taste remains, however. No German landlord would have her: the apartment she rents belongs to a Spaniard.

German cities have been complaining that immigrants from poor EU countries are taking advantage of the nation's welfare system. The EU says Germany profits from immigration and has nothing to whine about. (11.10.2013)

Between assimilation and tradition in France

France's various Roma ethnic groups can be traced back to the 15th century. Today, they are still fighting against discrimination. They have condemned the crackdown on the new Roma immigrants from Eastern Europe. (19.09.2013)