Foreign investors lose taste for US debt, but does it matter? | Business | Economy and finance news from a German perspective | DW | 09.05.2018

Foreign investors lose taste for US debt, but does it matter?

While the US economy is strong, a creeping decline in foreign investment indicates that eurozone investors are growing weary of US debt. Should the US care? Lindsey Rae Gjording reports from New York. 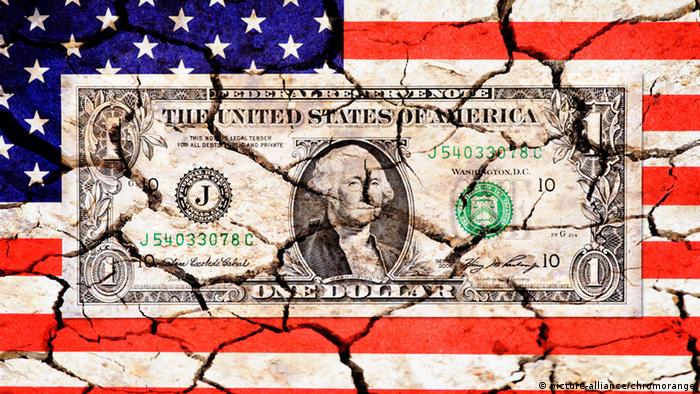 Foreign investors are buying less and less American debt, yet the US moves onward with a debt-heavy budget and globally unpopular diplomacy.

At a critical time for economic growth, the US has noted a decline in foreign investment. Seen mostly in long-term treasury bonds, purchases by indirect bidders continue to decrease signaling investors may be weary of American debt.

The European Central Bank found that after 2015, over half of US debt securities had been purchased by eurozone investors. Germany in particular holds $90.1 billion (€76 billion) of US debt.

In 2017 that trend reversed and eurozone investors became net sellers. The debate continues on what effect the growing debt has on investor confidence and how the US got in this position to begin with.

Why so much debt?

"It's stunning that we have done this to ourselves," says Maya MacGuineas about America's burdening debt load.

As long-time president of the Committee for a Responsible Federal Budget, Maya MacGuineas has seen the US economy through highs and lows. The debt is really a symptom of a broken government process, says MacGuineas, there is no economic justification.

It's hard to connect the debt to people's lives, so while it appeals to have a healthy economy, the work to get there doesn't. "Unless you have political leaders to explain this it becomes a demagogy," says MacGuineas.

A demagogy it has become. Rather than raising taxes and decreasing spending, an economic strategy that is politically unpopular, the US will continue issuing bonds to fund the government. 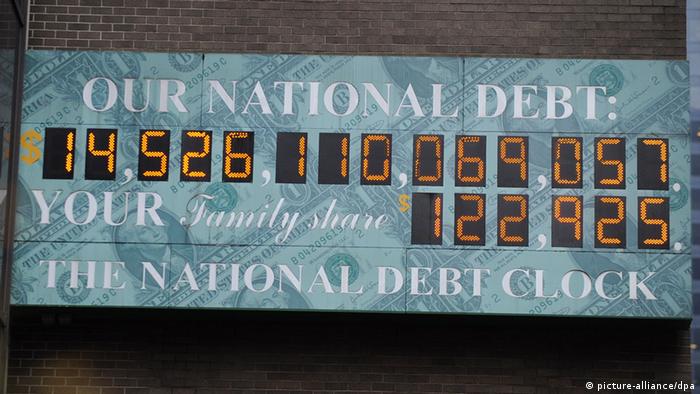 With $21 trillion in debt and a fresh deficit scheduled to pass $1 trillion per year by 2020, the US carries more debt than the entirety of the EU's debt combined. It is unlikely any other country in the world could pull this off, and although the US can bank on the dollar remaining a safe haven for investors, that does not mean the problems should be ignored.

If demand for our debt starts to slow because of concerns with economic or political stability then "the safe haven begins to be more suspect," say MacGuineas.

"Then of course, that pushes up interest which has a negative effect and you get yourself into a pretty nasty vicious circle."

The head of the Public Finance department at the Center for European Economic Research (ZEW), Friedrich Heinemann, agreed there was no economic threat currently.

"But there are political risks," he insisted. The political polarization with the deepening divide between societal groups and political parties could lead to further severe political conflicts, he said, noting that under certain scenarios this might damage US creditworthiness.

Can debt be healthy?

Debt is not bad by itself. Debt is very useful in repairing an economy. When in a recession,  a government may choose to sell debt to increase funding to social programs in hopes of stoking long-term economic growth.

Yet this budget comes with skepticism, with Democrats arguing it hurts the working class, and cuts to social service programs will also have a negative effect.

"I'm not as worried we won't be the safe haven," says MacGuineas, "but I certainly believe that many other places are thinking about how to diversify, and many countries could give us a run for our money."

The US still in the driver's seat, for now

Trump is not the only president to run a major deficit. While in office, both George W. Bush and Obama passed budgets that contributed over a trillion dollars to the national debt. The US remains the safest bet in the market, but that doesn't mean everyone feels good about it.

Given that so much of the debt is self-imposed, there's a real question of where the US is headed, says MacGuineas. "People are questioning our ability to make good decisions." People who are holding debt are going to become uncomfortable if their debt becomes less valuable.

With the political arena bright with activity, some investors may feel skittish, but ZEW's Friedrich Heinemann finds no cause for concern and sees recent developments as a catalyst for buying US treasuries.

"It may seem paradoxical, but Trump's Iran decision, exactly because it has suddenly increased the risks of political destabilization in the Middle East, may be a buy argument," said Heinemann, with US treasuries being a traditional safe haven in times of global political and military conflicts.

"The US benefits from a rare privilege: The less responsible the US president is behaving in foreign policy, the higher the demand for US treasuries from risk-averse investors."

MacGuineas echoes the wise voice of fiscal austerity: "Debt should be a thoughtful policy and not an expedient policy."

The Treasury Department is in the middle of a three-day bond auction and is set to auction $17 billion in 30-year bonds on Thursday, following the $56 billion it pledged to auction Tuesday and Wednesday. Stay tuned.