For scientists and students: Why the mobile DNA kit Bento Lab is not just for Christmas | Science | In-depth reporting on science and technology | DW | 24.10.2016

For scientists and students: Why the mobile DNA kit Bento Lab is not just for Christmas

A mobile DNA lab for remote regions is one thing, but a chemistry kit for kids at Christmas is another altogether. Bento Lab co-founder Bethan Wolfenden tells DW why we all need to understand genetics. 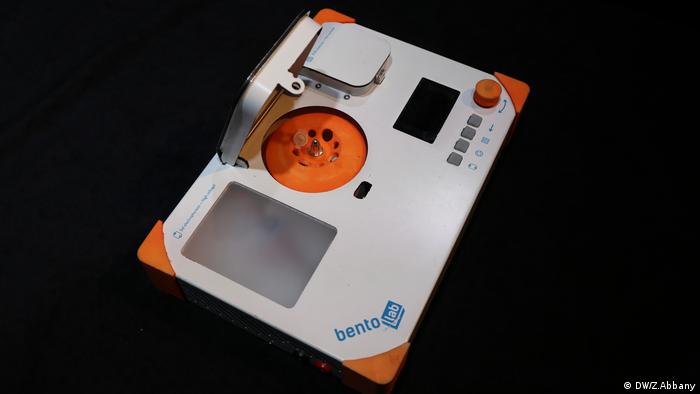 DW: This Bento Lab you've developed can be used for DNA analysis. Can it also do gene editing? Describe it for us.

Bethan Wolfenden: The Bento Lab is more a general DNA analysis device. It has four pieces of equipment. It has a centrifuge that allows you to extract DNA from cells or a sample. There's a PCR machine, which is like a DNA photocopier and allows you to target a specific gene and copy it so you have a large quantity to analyze. Then there's a LED blue light transilluminator combined with a Gel Electrophoresis Unit that allows you to visualize DNA and see whether your analysis is correct, or whether or not you've got what you're looking for.

Why and where would I use it?

The areas of use are super broad. For example, you could use it to look at your own genome and see whether you have a genotype that allows you to detect bitterness (which is vital for detecting poisons). Or you can figure out your blood type. It could be used to look at genetic diseases to see, for instance, whether they are genotype-related. You could use it to potentially identify a species - so, is there horse meat in your hamburger? What type of mushroom are you looking at? Is this the right bird that you're looking for?

And then you could go beyond that and start to build with those genes and create genetic circuits that might perform a certain function. That could be as simple as a bacteria that glows when you shake it, and maybe trying to transfer that into a plant so the plant glows a little bit as well. Or it could be editing a dog, a horse or a cat at the level of sperm to try to eliminate a genetic disease they might have. 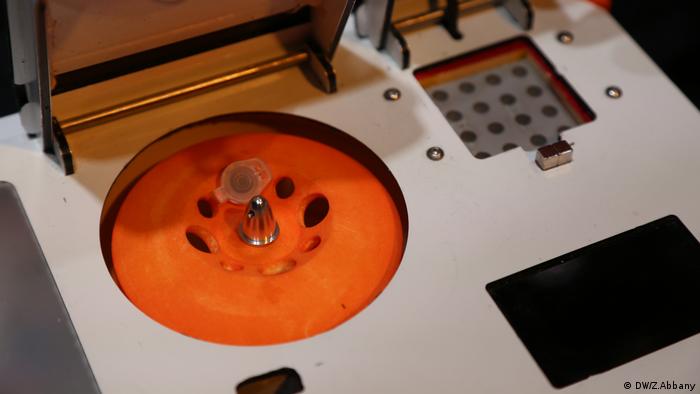 Bento Lab up close: the centrifuge and PCR machine, or "DNA photocopier"

The striking thing is the Bento Lab's size. It's about the size of a laptop computer. Is that just efficient design or is there a particular reason?

We've really reduced the complexity of laboratory equipment. You can get lab equipment that is this small, and we're making it a lot more visible. In a laboratory you would have larger equipment - partly because you're looking for high-throughput. But you can take that same experiment and scale it down to test just one sample, because you're one person, and you're doing it for the sake of learning and experimentation - you wouldn't use this if you had to process 102 samples today. So that's how we manage to achieve this scale and size.

I take a laptop to work out in the field. Can I do that with the Bento Lab?

Yes. We have researchers who take this out with them in a Land Rover in New Zealand. We've had a couple of people take it out to Brazil when they were doing [virus] diagnostics. So our goal was to design this to be incredibly robust, partly because we were making it for an amateur-user, who might get it as a chemistry set for Christmas. And when you're a lay-person, it has to be "drop-friendly." You know, if you gave it to a 14-year-old, would it survive a couple of weeks?

But what's the idea behind giving a thing like this to someone who may not understand the ethics and the debate around this sort of scientific work? Is it advisable to be handing over such powerful machinery to kids at Christmas?

Well, I think it's necessary to educate. In terms of the debate about whether this is dangerous, it needs to be a debate about how many people understand this to start with. And unless you do hand this to kids at Christmas, how are they going to participate in that debate and set boundaries? As Bruce Whitelaw of the Roslin Institute said earlier [at Battle of Ideas, London, October 22, 2016], if they wanted, a kid could go out with a hammer and do a lot of damage. The kit that we're preparing is a chemistry set with ten different experiments and it's going to be pretty difficult to go beyond that unless you're really motivated and really dedicated. 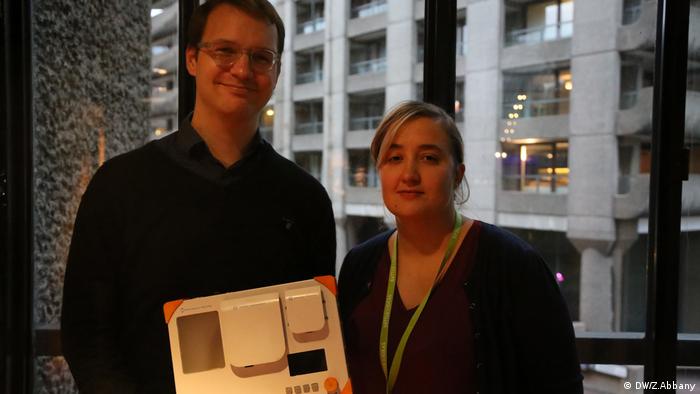 But at the same time you get 12-year-olds … I mean, take my co-founder Philipp [Boeing]: He learned to computer code at twelve and was building game programs from that age. Someone like that could do a lot of damage with software hacking - if they wanted to. But if you at least have that understanding and that learning, you can also create a culture of responsibility.

Yes, I get that. But DNA is at a different level to computer code and gaming. This is "deep hacking."

They are teaching this in secondary schools and you would have more kids doing it if it cost less. One of the reasons kids don't have access to this is that the cost is extortionate. Kids now often have access to 3D printers at school and there was that whole [thing] around 3D-printed guns. So the technology is available. It's how they choose to use it, or how society around them helps them choose how to use it.

Bethan Wolfenden and her colleague Philipp Boeing are developing the Bento Lab as an open source platform. They have raised more than 170,000 euros incrowdfunding on Kickstarter. They spoke to DW at the 2016 Battle of Ideas in London.