As the financial difficulties of Germany’s mainline churches grow, parishes are increasingly facing the painful prospect of selling off their houses of worship. Some are deconsecrated and become secular establishments. 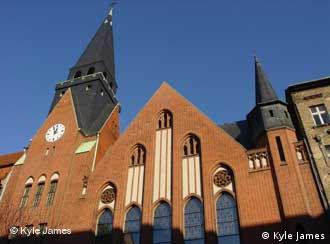 It looks like a church, but it isn't one anymore

At the Elias church in eastern Berlin’s Prenzlauer Berg district, the sound of hymns has been replaced with the shouts of children playing. In its cavernous sanctuary, a children’s labyrinth has been constructed, with tunnels and platforms replacing the pews. The only worshipping here is at the altar of knowledge, and fun, as children scamper through the interactive exhibits.

The Elias church, with its red-brick arches and towering spires, is actually no longer a church; it has become a children’s museum. 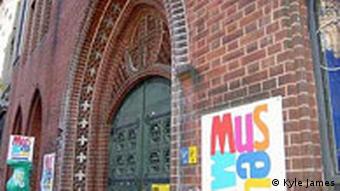 Once holy, it's now a children's museum

Elias, as a house of worship, has fallen victim to Germany’s increasing secularization, and a deepening financial crisis engulfing both of Germany’s large churches. It's a situation that has forced them to take what might once have been considered unfathomable.

Due to dwindling church attendance, falling revenue from Germany’s “church tax” and ever more expensive upkeep costs as church buildings age, church parishes across the country are having to consider selling off their real estate, even to secular groups or businesses.

“It’s an emergency solution, and one that doesn’t bring us enormous profits, but enables the church to get rid of a financial burden,” said Johann Hinrich Claussen, one of the Protestant church’s provosts in Hamburg. “The buildings are very expensive.”

High costs are something that neither the Protestant nor the Catholic churches in Germany can afford these days. Membership numbers in both denominations are plummeting. The Catholics lost over two million members between 1990 and 2003; the Protestants watched as almost double that number left the organized church.

Fewer members mean fewer people are paying church taxes. That combined with a tax reform that also hit the church in the pocketbook has forced it to make a difficult choice: either divest itself of real estate holdings, or lay off personnel and end some of its social programs.

Since German pews are rarely full on Sundays outside of Christmas or Easter, the church is deciding to give up some of its bricks and mortar.

It’s a difficult decision for some parishes to give up a beloved building, even more difficult to watch it being used for commercial purposes. But economic realities mean churches are often happy if they can find a suitable buyer. 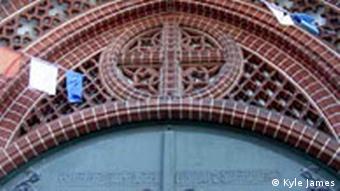 For some commercial operations, setting up shop in a former church lends just the kind of exotic cachet they’re looking for. Hip restaurants who always want to stand out from the crowd, often express interest in buying church buildings, which are often available for little more than a song.

The St. Stephanus church in Hamburg, which was recently deconsecrated in a special service, has caught the eye of the celebrity cook Tim Mälzer, who is considering moving in his restaurant. One 19th century church in Berlin has become home to a suite of high-end offices; in Cologne, an architect has redesigned one former church into a luxurious private residence; and in the Brandenburg village of Milow, a branch of Germany’s Savings Bank (Sparkasse) has moved into a Protestant chapel, two millennia after the Bible says Jesus threw the moneychangers out of the temple.

“Restaurants or some stores are acceptable,” said Claussen. “We just have to make sure no ecclesiastic objects are used for commercial purpose, like in London. There, they weren’t careful and an altar was used for something like a salad bar.”

Churches however are particular about who they're selling out to. Businesses such as bars or discos are strictly ruled out. “We couldn’t go along with anything that we consider immoral,” said Claussen.

Is there a Market?

Although for many businesses, the idea of having a church building is an attractive one, in reality, the market for churches is not exactly booming, according to Marcus Nitschke from D:4, a firm in Berlin which consults churches and possible clients about renovating churches and finding new uses for them.

“There are a lot of ideas, but in terms of actual conversions, there aren’t as many,” he said. “It’s simply much too expensive.” 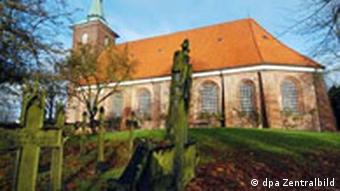 He said questions like insulation, heating, cooling, putting in disabled access, appropriate toilets, or outfitting a commercial kitchen require much more money and work than many business are ready to invest, even if the final result might prove a customer magnet.

“We advise the parishes to sell their other real estate holdings and use the churches as much as they can,” he said. If the upkeep of the house of worship is impossible, he would suggest tearing the structure down if it isn’t categorized as a protected monument by the government.

That option could be more frequently used in the future. According to Claussen, Germany has too many churches, particularly in several of its big cities, like Hamburg or Berlin. He says in the post-war years, church policy was to build, and build some more. The bishop of Hamburg once said he didn’t want any parishioner in the inner city to be forced to walk more than ten minutes before reaching a church. 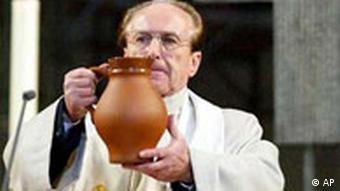 But as population structures have changed, that has led to a surfeit of houses of worship, where on any given Sunday, the number of people attending services could be counted on both hands. Claussen estimates the Protestant church will likely have to either tear down, or sell about a fourth of its churches. Among Catholics, the numbers are similar.

Yet many parishioners would rather see their churches used for other purposes than simply be bulldozed out of existence, even if that does mean handing the keys over to a clothing store, a youth center, or a high-end eatery.

Sabine Küster is a consultant who works with churches and those interested in them. She says she continues to get a lot of inquiries from companies and cultural organizations interested in acquiring some sacred space.

“I try to get the partners together, where I think it will work,” she said, but added she had to approach the subject with kid gloves. “It’s a sensitive subject, and I don’t want to turn every disco owner loose on every parish council.”

As the biannual three-day German Bishops' Conference draws to a close in Cloppenburg, its 69 members have come out in force against new German burial trends. (Feb. 17, 2005)