For high-tech living, there′s no place like the Hamburg smart home | Science | In-depth reporting on science and technology | DW | 16.12.2011

For high-tech living, there's no place like the Hamburg smart home

Hate to get out of bed? If you get a home like the Living Place Hamburg, your house might make you. While energy suppliers test out smart grids, one lab in Hamburg is working to make 'smart living' more personal. 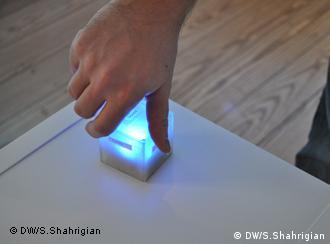 The remarkable remote control for the Living Place Hamburg

In Ray Bradbury's sci-fi classic 1950 novel "The Martian Chronicles," one memorable tale previews a future where all the functions of daily life are carried out by a robotic house. The facility takes care of the nursery, warms up the car for work, and much more.

The fact the house is empty due to nuclear war gives the story a haunting quality. In the ensuing decades, researchers worldwide have researched and demonstrated "homes of the future."

About 30 scientists from the Hamburg University of Applied Sciences (known by its German acronym HAW) have built a research lab-cum-apartment in the center of the city to test ways to integrate the latest technology into everyday life. 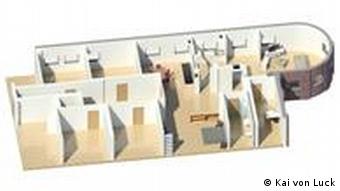 The project, which opened up several weeks ago, is slated to run until at least 2014. It received almost one million euros ($1.3 million) in funding from Hamburg's Ministries of Commerce and of Science and Research, along with 20 private companies that hope to see the project yield new products.


As more and more cities try to create "smart grids," with dynamic, real-time energy outputs, it makes sense that homes could be re-designed too. Real-time energy gauges were introduced to UK homes earlier this year, while Germany, Austria and Switzerland are working on smart grids that optimize electrical supplies through IT.

A May 2011 industry analysis report from a Canadian research firm put the global market for smart homes at $11 billion by 2015.

"In some respects, it's a gestalt," said Kai von Luck, one of the lead researchers, in an interview with Deutsche Welle. "When you start your notebook for working, then you have a working environment. When you're going to bed, you have a sleeping environment. And so on. The room has to change, but it's one room. That's the idea behind it."

One of the main ways the 140-square-meter apartment brings about these changes is through lighting. Cameras and motion sensors throughout the living place enable a 150,000-euro light installation to figure out what inhabitants are doing, and respond accordingly.

When an inhabitant gets out of bed in the morning, the living place will gradually open the shades, crack open the windows, and turn on the lights. 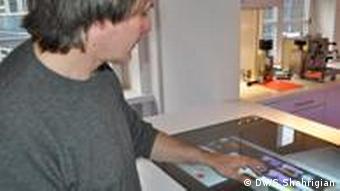 A 2-D touchsreen at the living place. HAW researchers are also working on a 3-D interface

Another application still in the works lights a path from the bed to the bathroom for when people wake up in the middle of the night.

The facility hosted about 1,000 visitors during an open house in October. While von Luck reported favorable reviews, another researcher pointed out reservations that some of us might share.

"The technology can be very terrifying," he told Deutsche Welle, "because sometimes you have stuff like the windows just opening. And you don't know why! This feels like losing control over your environment, which is pretty bad."

There is no central system governing the living place. Instead, the sensors, lights, windows, and other components constantly send each other info via a layer of software known as middleware.

Residents can take control in a variety of ways. The kitchen table's countertop has a multi-touch screen that looks like a huge iPad. That lets users adjust settings in the living place manually. 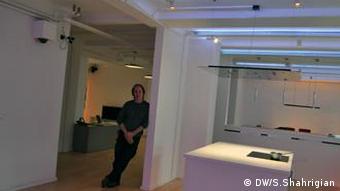 Another innovation at the apartment is a cube-shaped remote control made by Seamless Interaction. The cube's function changes depending on which side is on a hard surface. The entrance, lights, some loudspeakers' volume, and other parts of the apartment can be adjusted simply by turning the control clockwise.

Von Luck said researchers hit on the shape and the way to use it by testing the remote control on almost 1,000 people.

Of course, an apartment like Living Place Hamburg is well outside the means of most consumers. But enough German companies have entered the smart home market that they have joined an "intelligent living" initiative to establish industry standards.

The German Electrical and Electronic Manufacturers' Association (ZVEI) launched the initiative in 2003.

Sabine Haering of ZVEI said she expects smart home features to go mainstream in the next three to five years. 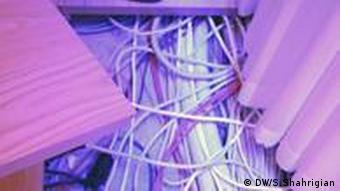 Rigging a smart home can be a costly expense

"I think that smart home features are becoming affordable," she told Deutsche Welle. "But the information is very difficult for the consumer. It is necessary to give much more detailed information about what is possible with an intelligent home."

The tech that the intelligent living initiative wants to spread is a bit more modest than the research at Living Place Hamburg.

Haering said the 12 companies in the initiative are focusing on products similar to Deutsche Telekom's "Smart Connect" platform, which lets consumers manage their appliances over the web, and Philips' Ambilight technology, which creates special light effects around TVs.

The intelligent living initiative will showcase some of the latest in smart home tech at the grounds of the Frankfurt Trade Fair next April.

Portugal’s long-term target of 750,000 electric cars fits with its smart energy plans. Already, the country has 40 percent of its energy coming from renewable sources. (24.12.2010)

Germany's transition to renewable energy sources has helped it reduce household carbon dioxide output over the last decade. CO2 tied to individual consumption accounts for much of countries' overall emissions. (14.12.2010)

Listen to Shant's radio report from the Living Place Hamburg