Florida: When sexual orientation is taboo in schools

Schools in the United States are increasingly becoming the scene of politically charged debates. In Florida, the state is set to ban teaching sexual orientation and gender identity to children under the age of 10. 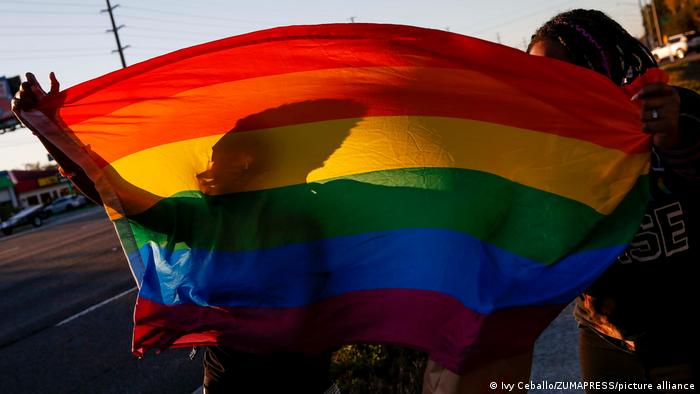 Earlier in March, the Florida state senate passed a controversial bill banning the teaching of sexual orientation and gender identity to children through third grade. Teachers are also not allowed to speak about such topics in any manner "inappropriate to the age of students" with older children and teens.

Republican Governor Ron DeSantis has already indicated he will sign the bill into law. Republican lawmakers have said they want to protect children from subjects they cannot handle, while also strengthening parental rights. Parents would be able to sue schools that do not comply with the Parental Rights in Education Act.

The controversial law is being called "don't say gay" by opponents and activists. US President Joe Biden has called it "hateful."

"It's always appropriate to acknowledge the existence and validity and value of LGBTQ families, that we are a normal, healthy part of society," Brandon Wolf of Equality Florida, a nongovernmental organization that advocates for the rights of lesbian, gay, bisexual, transgender and queer people, told DW. 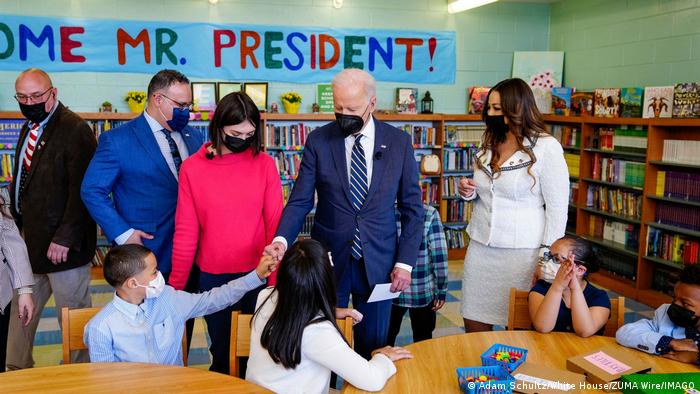 The legislation is about more than a lack of acknowledgement. Many people are concerned that making alternative gender identities and nonheterosexual orientations taboo will lead to even more discrimination and violence. That's just one reason why thousands of students and members of the LGBTQ community have been taking to the streets in protest.

Sex education as early as kindergarten

"Comprehensive sex education should include discussion of sexual orientation and gender identity in kindergarten," said Eva Goldfarb, a professor of public health at Montclair State University in New Jersey and co-author of a US standards program on sex education.

Goldfarb, who has worked in sex education for 25 years and trained teachers all over the country, told DW it's important to have age- and developmentally appropriate conversations. 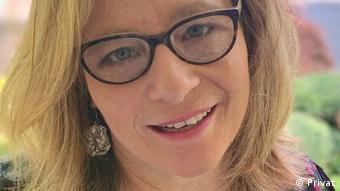 'Kids are already exposed to this in the world,' said Eva Goldfarb

She stressed that a basis needs to be set for more complex discussions later on. "No one would ever think to say, 'We're going to teach algebra in eighth grade, but we're not going to teach any math concepts before that,'" she said.

How teachers should talk about sexual orientation and gender identity is not just an issue in Florida; similar bills have also been proposed in other states. In Arizona, teachers might be required to inform parents when their children bring up the topic of gender identity. In Indiana, schools might have to ask parents' consent to talk about sexual orientation; while Oklahoma has filed a bill to ban books on the subject from school libraries.

The topic of sex education is part of a comprehensive culture war in the field of education, which also includes controversies over how history, slavery and racism are taught at school.

Right to shape the curriculum

In that context, it's worth noting that critical race theory — an academic concept centered on the idea that racism is systemic in US institutions — is not necessarily explicitly taught in most places. Likewise, sexual orientation and gender identity have never been part of the curriculum in kindergarten and elementary school in Florida. What, then, are conservative forces in the state fighting to protect? Protesters in St. Petersburg, Florida, demonstrated against the bill on March 12

Many people suspect Governor DeSantis wants to make a name for himself within the Republican Party and among voters.

"All of this is designed to help whip up right-wing fervor, to help him bypass Donald Trump to the right of the party, to win reelection in 2022 and go off and run for president in 2024," said Wolf.

In a recent survey by polling firm Ipsos, nearly two out of three US respondents opposed laws like the one in Florida that ban the teaching of sexual orientation or gender identity in elementary schools.

The many thousands of people who took to the streets to protest the bill, including many students, certainly do not want the law. Parents, who are being promised they will have more of a say, actually appreciate having someone who will teach such subjects, said Goldfarb, adding that most parents are not experts, and they value having sex education in schools.

"Every state probably has an opt-out option for sex education, so if you don't want your child to participate in sex education, they don't have to," she said.

In fact, some states — including Arizona — since last year is among five states that only offer an opt-in, meaning parents must actively elect for their child to take part in sex education classes.

'It doesn't work that way'

Even if sexual orientation and gender identity are openly discussed in kindergartens and elementary schools, the fear conservatives harbor that it would encourage children to become gay, lesbian, transgender or queer is utter nonsense, Goldfarb pointed out.

"There is zero evidence that what you learn in school can change your sexual orientation or change your gender identity," she said. "It doesn't work that way. So they're basing it on really scary scenarios that don't really exist."

While some states seem to be moving in that direction, others are moving in a decidedly different direction. Legislation in Colorado requires public schools to provide "comprehensive human sexuality education," and California and New Jersey have similar statutes.

Goldfarb hopes the current reactionary mood will die down in view of real existing social problem such as high abortion rates, discrimination and violence against sexual minorities.

"These bills may give Republican politicians political benefits in the short term," asserted Wolf. "But that's not the direction the country is headed in the long run."

Firefighters are battling at least four wildfires in the Florida Panhandle in the northwest of the US state. The area is still recovering from a massive hurricane three years ago.

A new exhibition in Berlin showcases the world-renowned work of Zanele Muholi, who aims to lend a voice to Africa's LGBTQ community through photography.

A new bill has scrapped Disney's self-governing status at its Orlando theme parks, following the company's criticism of legislation that limits discussions on sexual orientation and gender identity in schools.

The US State Department announced that American citizens can soon select "X" for their gender on passports. Many US agencies are changing policy to expand the collection of data on sexual orientation and gender identity.

The White House is seeking to counter over 300 "anti-LGBTQI+" laws introduced in state legislatures. US President Joe Biden said that "pride is back at the White House."