Fixing Germany′s housing crisis is neither quick nor easy | Germany | News and in-depth reporting from Berlin and beyond | DW | 17.10.2021 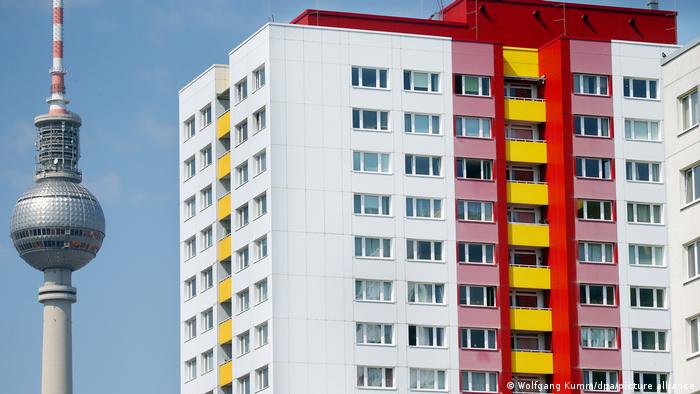 A common small-talk question in most cities might be "What do you do?" In Berlin, it is more often "What's your rent?" Ask almost anyone who's been here long enough and they're likely to tell you: Every point in time was better than the current one, at least when it comes to finding a decent place to live at a good price.

Short tens of thousands of apartments every year, the city famous for its affordability is having increasing trouble holding onto that reputation. On average, Berlin rents find themselves in about the middle of a 2020 Eurostat comparison of 35 EU cities — lower than Dublin and Munich, for example, but more than Brussels and Rome.

"Demand is growing, but space can't be made available equally where it needs to be," Reiner Wild, the director of the Berlin Renter Association, told DW.

(Almost) everything is relative

Public frustration at limited supply and runaway rents — at least as they compare to Berlin's postwar experience, when Cold War divisions and a ready supply of unrenovated, unoccupied buildings helped keep prices depressed — has spurred all sorts of rent control policies.

A nationwide rent brake was introduced in 2015, but it has been criticized for having too many exceptions and being tied to the market rather than incomes. Berlin brought in its own rent cap in 2020, which froze or in some cases slashed rents for five years, but that was then overturned by the German Constitutional Court, which ruled that the Berlin government had no right to override the national rent brake. Finally, the people of Berlin voted last month to expropriate apartments from the largest property firms.

The referendum's success, though nonbinding, puts even more pressure on lawmakers to address housing prices and supply. Whether to take action and what actions to take, which would be required mostly at the national level, was an issue in the recent election campaign. 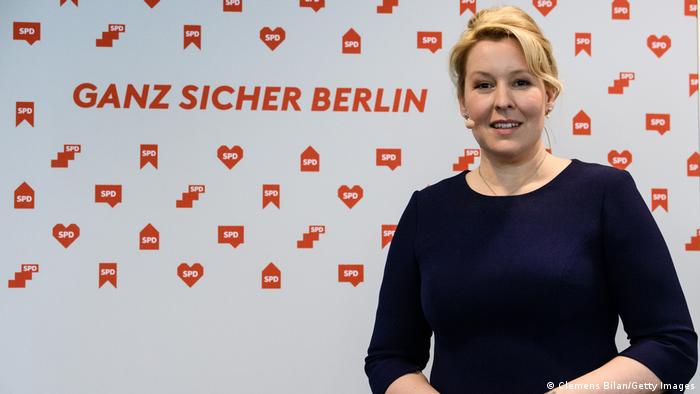 Franziska Giffey, who won Berlin's state election, is under pressure to ease the city's housing crisis

"These are costs most people cannot afford to pay," Wild said, referring to new builds that are largely exempt from existing forms of rent control.

In absolute terms Berlin can still appear cheap, given how much it has to catch up. However, incomes are also lower and housing costs are rising faster than in many other big German cities. Berlin has recorded a one-year jump of 6% in rental prices, according to Eurostat — twice the pace of Munich. Rents have about doubled in less than a decade, according to Numbeo, a cost-of-living calculator.

The resulting financial whiplash for renters, who far outnumber homeowners in Germany, has widespread implications for the economy. More money for rent means less for other types of spending, and that adjustment has happened in a short period of time. Nearly half of all urban households in Germany now spend more than 30% of their incomes on rent, according to a study published in August by the Hans Böckler Foundation.

"New builds can't make up for the loss of affordable housing space every year," Wild said. "That's why it's so important to have clear regulations governing rents that change hands."

The lack of housing overall affects everyone, but not everyone equally. Almost 92% of German cities' poorest residents spend more than 30% on rent, according to the foundation's data. Less than 12% of the richest have to do the same.

Singles and single parents feel the squeeze in particular, as do people in the middle of the socioeconomic ladder — neither poor enough to receive state aid nor rich enough to spring for higher rents on their own or accept costly, often legally questionable housing arrangements.

Those who are eligible for support, including the right to live in social housing, can do little more than wait. It would take 60 years of new building construction to cover the shortfall, according to the Hans Böckler study's calculation.

"Because of varying rents, the housing situation is not just an expression of social inequality in cities, but itself a factor for it," according to the study.

Suburban and exurban areas are feeling the heat, too. Last year, Berlin lost people to its neighboring state of Brandenburg for the first time in 15 years. That was partly due to the pandemic, but the housing market in Potsdam, the state capital just a short train ride from Berlin, has been so hot that its government is considering a point system to prioritize who gets first dibs on available stock.

Researchers and housing advocates point to a complex patchwork of factors that burden housing markets — everything from people's decisions to start families to kinks in global supply chains. Some factors are beyond the control of national governments, such as migration flows across the European Union. Those people from poorer parts move to more prosperous ones in search of jobs, and those from more expensive cities might move to more affordable ones, where their money goes further.

Germany, with a strong economy that has weathered many of the decade's crises, has seen solid population growth in the past 20 years. All of these people need places to live, which increases competition between newer and longtime residents.

"This leads to more tension within society," Konstantin Kholodilin, a research associate at the German Institute for Economic Research (DIW Berlin), told DW.

He said the ensuing gentrification was good for newcomers, who enjoy comparatively cheaper rents, but to the detriment of old-timers who find themselves getting priced out. Existing renters get their revenge with "first generation rent control," as Bremen University's Christoph Schmid described blanket measures to lock down costs, such as Berlin's failed cap.

"This may help promote affordability of homes, but it does not create really new housing space," he told an online audience at a DIW rent control event. "Rent control is unavoidable, but it's sort of an ambivalent tool. If you want to confront the housing crisis, something more is needed."

Apartment hunting in Berlin: A lottery

Researchers suggest the solution, while imperfect, is a balance of public-private cooperation. A mix of subsidies, tax incentives, and contractual arrangements that commit developers to creating social or affordable housing could help stabilize costs and put slack into the system.

In Berlin, officials say they are starting to do just that, following years of contradictory policy. The once cash-strapped city-state is still paying for its decision to sell many of its properties, which it is now scrambling to buy back, albeit at higher prices.

"It's no secret that was a mistake," said Petra Rohland, a spokesperson for the Senate Department for Urban Development and Housing. "It still impacts us today."

It was only in 2014 that Berlin's own housing companies — there are six of them — were directed to start building new properties, she said.

That construction faces the added challenge of inflation and global shortages, which are pushing up the cost of land, labor and materials, and make holding down rents even harder. New residential areas also need neighborhood infrastructure: retail space, schools and public transit connections, which all come with their own political, bureaucratic and financial headaches.

Public- and private-sector developers also expect climate considerations to start playing a bigger role in decisions on how and where to build. Traditional construction is energy intensive and needs land to build on, while green space is not only an attractive feature for residents, but also key to helping keep a city cool. It's a conflict that planners are just starting to sort out.

"We always say we want housing that's social and ecological," said Rohland. "That's sometimes a hindrance, but it's important that the city loses as little of its green space as possible."

After a long farewell, Berlin's Tegel Airport is undergoing transformation