The Finnish prime minister has left an EU summit as "a precautionary measure" after possible exposure to COVID-19. She is not the only leader who has had to change plans due to coronavirus. 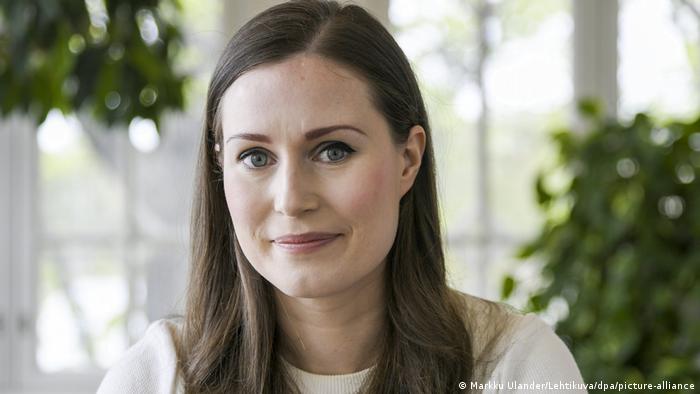 The prime minister of Finland, Sanna Marin, left a face-to-face meeting in Brussels on Friday after learning of possible exposure to coronavirus.

Her departure was "a precautionary measure" after it turned out that a fellow Finnish lawmaker, who she had previously been in contact with, had tested positive for COVID-19.

Marin, 34, intended to return to Finland to self-isolate and undergo a coronavirus test herself. She announced on Twitter that she had asked Stefan Lofven to represent Finland for the rest of the meeting.

Finnish media reported that the prime minister had attended a joint meeting with another member of parliament, Tom Packalen, on Wednesday, and that he had later tested positive for the virus.

Marin had already gone into self-isolation several times earlier in the year, but so far all tests she has taken have come back negative.

The Finnish leader was not the only one to miss out on the talks due to coronavirus. The EU Commission President Ursula von der Leyen left the summit on Thursday after learning that a member of her staff had contracted COVID-19.

Poland's Prime Minister Mateusz Morawiecki stayed away from the beginning so that he could self-isolate at home.

Danish Prime Minister Mette Frederiksen criticized the decision to hold the meeting in person at a time of surging new cases across Europe. "This meeting should have been held as a video conference," the Dane told reporters when she arrived in Brussels for the talks.