A 16-year old social media campaigner took on the role of Finland's Prime Minister Sanna Marin for one day in order to promote girls' rights. The teenager, Aava Murto, called for more girls to be taught digital skills. 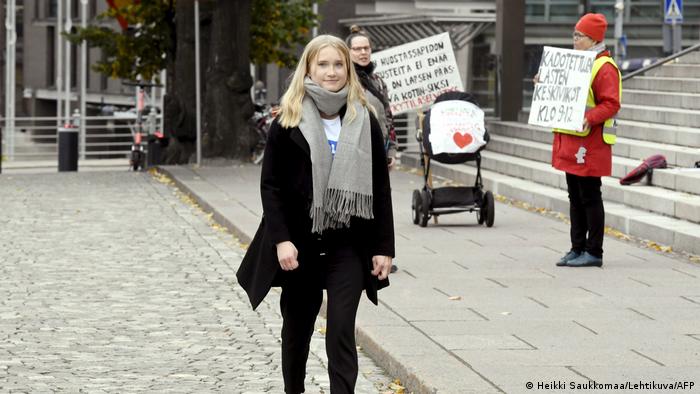 Finish Prime Minister Sanna Marin stepped aside to let 16-year-old take her place on Wednesday, with the young campaigner Aaava Murto using the platform to decry online violence and gender stereotypes about technology.

Girls around the world fear being excluded and discriminated against for getting involved in IT and technology, according to Murto.

"If a girl says she plays video games, she is often considered weird," Murto said in a speech posted on the government website. "If, on the other hand, a boy says he does not play video games or have a game console, he is considered weird for that reason."

The teenager also warned of online violence that restricts girls' access to information.

Finland, along other Nordic countries, regularly scores near the top when it comes to women's rights. In 1906, even before gaining independence from Russia, the Grand Duchy of Finland became the first territory in the world where all women had legal rights to vote and run for the nation's parliament (although New Zealand was first country to grant women's suffrage in 1893, women were not eligible to run for parliament until after World War I).

Finland's  current prime minister, the 34-year-old Saana Marin, is female and was the youngest head of government when taking over the office last year. Even in Finland, however, there are still significantly fewer women in technology firms and top boardrooms.

The Wednesday swap was part of an international campaign dubbed Girls Takeover, which comes ahead of the UN Girls Day on Sunday.

In her address, Murto warned that girls in developing countries are often "excluded from the digital skills and know-how that could enable them to have a safer, better future."

"Inequality affects many of us girls globally and impacts our lives in a variety of ways," Murto said on Wednesday. "That said, we girls are more than just victims, we represent enormous potential. With our help, many issues can be solved."

During her brief tenure as the country's top leader, Murto met with Marin, as well the minister for development and trade and the country's chancellor of justice. Murto also spoke to the media, telling them she had "an exciting day."

When asked if she would be interested of one day taking on the job full-time, Murto told the AFP news agency "It's not up to me to decide that, but possibly, yeah!"