Social Democrat Sanna Marin is latest woman to lead Finland | Europe| News and current affairs from around the continent | DW | 10.12.2019 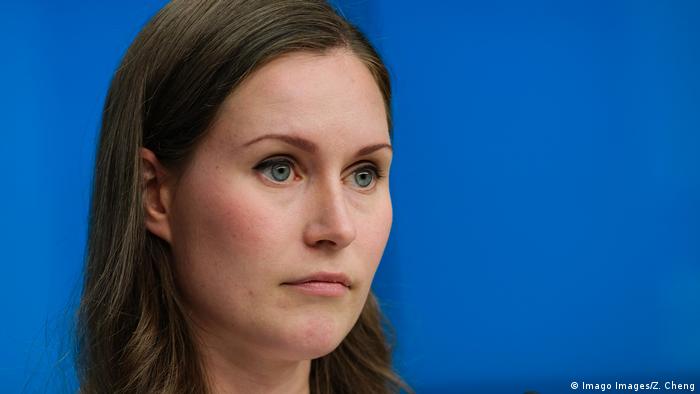 Sanna Marin is Finland's new prime minister, making the 34-year-old — who took over after her fellow Social Democrat Antti Rinne stepped down as premier earlier in December — the world's youngest current head of government. Though her age is remarkable, her gender isn't as big of a deal in Finland, where pretty much every political leadership position has at some stage been held by a woman.

Terhi Heinila, the secretary-general of the National Council of Women of Finland, said it was about time that Finland had a female prime minister. "We are happy and relieved," she said. Finland had granted women the same political rights as men in 1906. But, in over a century, "we so far have only had two female prime ministers, who only stayed in power for short spells," Heinila said.

The five-party governing coalition — the Social Democrats, the Centre Party of Finland, the Green League, Left Alliance and Swedish People's Party of Finland — will remain intact under Marin. All of the other parties are led by women, three of whom are younger than 40. Rinne remains the leader of the Social Democrats, but the party will likely choose to replace him with Marin at its meeting in June 2020. Marin has pledged to prioritize the environment and to promote social justice and equality. 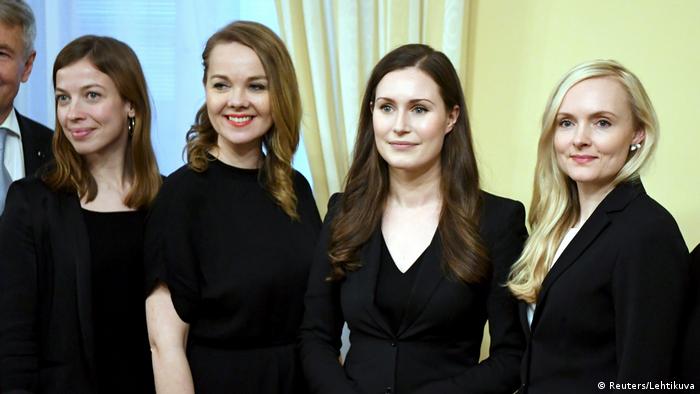 Andersson, Kulmuni, Marin and Ohisalo (L-to-R) are the fresh faces of Finnish politics

Since September, the 32-year-old Katri Kulmuni has led the Centre Party of Finland. Kulmuni, who was elected to Parliament at 28, will give up her job as economic affairs minister to take charge of the Finance Ministry in Marin's Cabinet.

Forty-seven percent of Finnish MPs are women. The average in EU countries is 29%, according to a study by the Council of European Municipalities and Regions.

In 1926, Miina Sillanpaa, a former factory and domestic worker, was the first woman to become a Cabinet minister in Finland. In Germany, by comparison, it was only in 1961 that a woman, Elisabeth Schwarzhaupt, ever took charge of a ministry.

The National Council of Women's Heinila notes that in 2000, when many of the women currently leading the country were teenagers, "Tarja Halonen became Finland's first female president." That "showed young girls that women can become successful politicians," Heinila said.

Read more: Misogynists and homophobes are not 'family' supporters

Many Finns are proud of their young female leaders and are calling on them to battle for progressive goals. "This is creating much more expectation in a way," the political scientist Sini Korpinen said, in addition to "a lot of pressure for those party leaders to succeed."

The nationalist Finns Party, which took 17.5% of the vote in April's general election, is the country's second-largest parliamentary group. "The rise of the Finns Party has normalized a lot of hate talk towards minorities and towards women," Korpinen said. "If I compare this to like 10 years ago or five years ago," she added, "somehow it's more tolerated that people are very misogynist and racist at the moment."