Finnish President Sauli Niinisto has accepted the resignation of his prime minister, Antti Rinne. Niinisto has asked the current administration to remain as a caretaker government until a new one is in place. 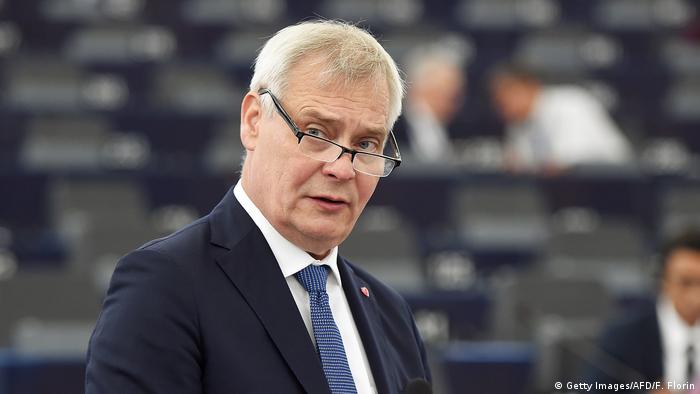 The Finnish Center Party, part of the Nordic country's five-party ruling coalition, had lost confidence in Rinne, who had come under pressure over the government's handling of a two-week postal strike.

Read more: Opinion: Finland election a sign of things to come for EU

Speaking to reporters on Monday, Rinne said losing the backing of Finland's Center Party led to his decision to resign.

He added that the coalition is committed to keeping the administration. "If (my) being prime minister jeopardizes the government program, it is better that I steer clear of it," Rinne said.

Niinisto thanked Rinne for "the short, but many moments of good cooperation."

Postal service controversy: Rinne has faced heavy criticism in recent weeks over how he and a fellow party member dealt with a two-week strike in November involving workers of Finland's state-owned postal service. The strike also spread to the national airline, Finnair, and other industries before the dispute was settled last week.

Forced out: Earlier Tuesday, Finland's Center Party said it had lost confidence in Rinne. The move was directed at the prime minister, not at the Social Democrats. "Losing confidence" is not a formal procedure in Finland, like a vote of no-confidence one sees in other parliamentary-governed nations.

EU ramifications: The political crisis in Finland comes at an awkward time for the European Union. Finland, which holds the bloc's rotating presidency until the end of the year, has a central role in establishing a new EU budget.

What happens next: The Center Party is unlikely to push for new elections and has expressed its desire to remain in the coalition government. Instead, the Finnish parliament is expected to choose a new prime minister next week. Sanna Marin, a member of Rinne's Social Democrats and Finland's transport and communications minister, is seen as a frontrunner to replace the prime minister.

Rent-a-Finn: How to be happy