Finns are the happiest people on earth, according to a new survey. While Nordic nations consistently perform well, the rankings this year highlighted a dramatic deterioration in the outlook of crisis-hit Venezuelans. 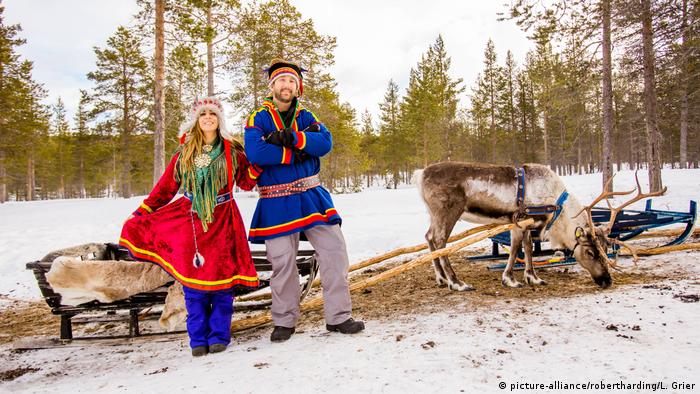 The 2019 World Happiness Report named Finland the happiest place to live for the second year in a row.

The annual ranking of 156 countries, released Wednesday, looks at how happy a country's citizens consider themselves to be, taking into account factors such as life expectancy, welfare support, social freedoms, generosity and the absence of corruption in government and business.

Rounding out the top five were fellow Nordic nations Denmark, Norway and Iceland, followed by the Netherlands.

Rwanda, Tanzania, Afghanistan, the Central African Republic and South Sudan came in at the bottom of the index.

This year's report focused on "happiness and the community," and the role of social media and technology, social norms, conflicts and government policies on people's lives.

"The world is a rapidly changing place," said John Helliwell, a professor at the University of British Columbia and co-editor of the report. "How communities interact with each other whether in schools, workplaces, neighborhoods or on social media has profound effects on world happiness."

Read more: Why do we feel good when we help others?

Germany was ranked 17th in the 2019 survey, down two spots from 2018. The United States, which fell one place, has seen decreasing happiness levels in recent years, a trend the report attributed in part to an epidemic of substance abuse and addiction.

Over the past decade, happiness levels have dropped most dramatically in Venezuela, which is currently in 108th place. The South American country is suffering a political and economic crisis that has resulted in mass shortages of food and medicine.

The report was commissioned by the UN Sustainable Development Solutions Network and released to coincide with World Happiness Day.

Danes are king when it comes to 'Happiness'

The report is a cautionary tale for more money driven cultures like the United States. Economist Jeffrey Sachs points to Costa Rica as a shining example of a happy country despite its modest means. (16.03.2016)