The two Nordic nations will explore building the first rail connection from a European Union member state to an Arctic Ocean port. The link would cost around around 2.9 billion euros ($3.6 billion). 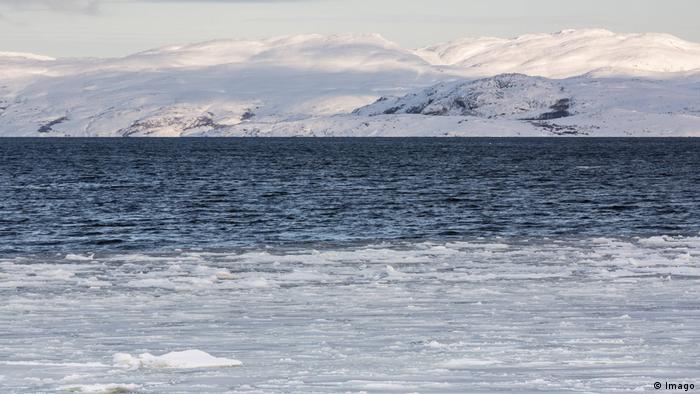 Finland and Norway have agreed to explore building an Arctic rail link connecting Finland to the Barents Sea coast.

The proposed link would run from Finland's northern city of Rovaniemi to Norway's deep-water port of Kirkenes, near the Russian border.

"The Arctic railway is an important European project that would create a closer link between the northern, Arctic Europe and continental Europe. The connection would improve the conditions for many industries in northern areas," Finnish Minister of Transport and Communications Anne Berner told a news conference.

Melting Arctic — A boon for shipping?

The Arctic is expected to become increasingly important for international trade as global warming, which has caused ice cover to melt, makes shipping routes in the region commercially viable.

A majority of sea transportation between Europe and Asia currently passes along a much longer route that runs through the Suez Canal.

Earlier in August last year, a Russian tanker sailed from Europe to Asia without an accompanying ice-breaker for the first time.

The proposed rail link to the Arctic Ocean would improve Finland's logistical position and accessibility, and provide an alternative route for Finland's imports and exports, a study by the governments of Finland and Norway said.

Finland is currently completely dependent on the Baltic Sea for its transportation needs.

Finnish transport minister Berner said the railway should be linked with the proposed project to build an undersea rail tunnel between Finland and Estonia. With the tunnel, the railway would also connect with Rail Baltica, a link between Tallinn and Warsaw.

The study showed that the link would have "significant" environmental impacts and would affect the reindeer husbandry sector in both countries.

A Norwegian court has found that Arctic oil exploration licenses do not violate the country's constitution. Environmentalists have been ordered to pay the state's court costs. It is unclear if the groups will appeal. (04.01.2018)

This year, Davos is a meeting of scientists as well. Numerous Nobel laureates exchange ideas in well-heated conference rooms, others camp out on mountain tops to draw attention to their findings. (25.01.2018)