Film-loving France fears the loss of a generation to coronavirus | Europe | News and current affairs from around the continent | DW | 06.07.2020 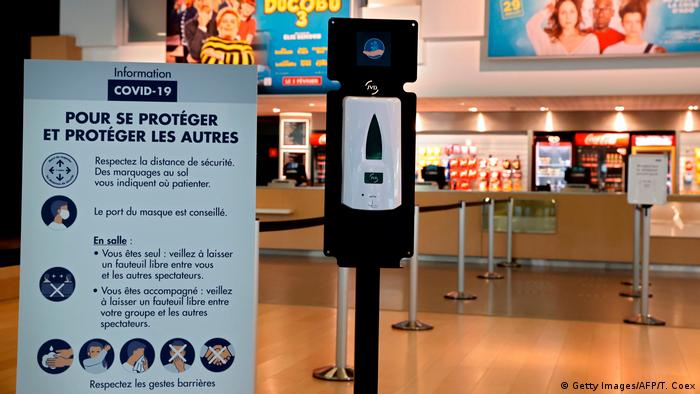 "Obviously it doesn't look like a real newborn," says Jeanne Granveaud. She has just finished working on a scene involving a motorized dummy baby. The film industry is having to find workarounds in the age of coronavirus. Granveaud is filming a family serial for the big private television channel TF1. A real newborn would have been on screen for longer; now, the scenes have been shortened.

On the list of the production manager's coronavirus worries, the baby is a relatively minor problem — as is the fact that the set designers are having to conjure a winter landscape at the height of summer, in 40 degree heat. The silicone baby cost tens of thousands of euros, but in these turbulent times that's a relatively small additional expense.

"When President Macron announced the lockdown in mid-March, for us it was a disaster," says Granveaud. Her team was managing two shoots in parallel at the time, in two separate locations — one in Paris, and one in La Rochelle on the Atlantic coast. From one day to the next, everyone had to pack up and go home. They were at least covered by their insurance, because the shut-down was officially ordered by the government. But that won't be the case in future: "COVID-19 is excluded from the new contracts, like swine flu and other viral diseases that already were."

Read more: The Louvre in Paris sells out for restricted reopening

Cameras have been rolling again at both locations since mid-June — under tight conditions. There's a strict requirement that everyone wears a mask on set; the only exemption is for actors during takes. A designated coronavirus representative and a nurse are on hand to make sure distancing rules are observed, and that personnel don't miss their regular coronavirus tests. 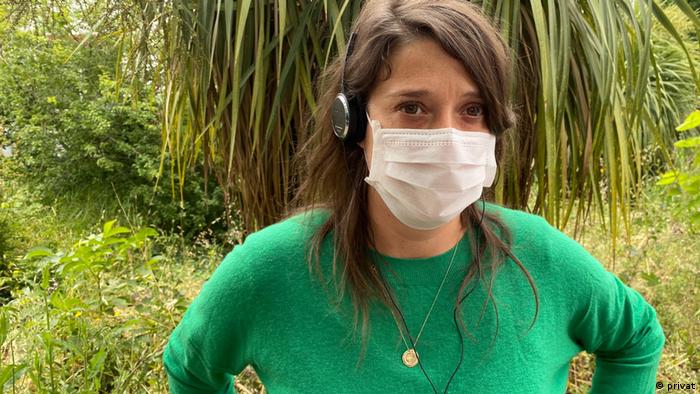 When France went into lockdown, Granveaud says it was a 'disaster' for her industry

"To begin with, there were some actors who wanted to maintain safe distance while acting," says Jeanne Granveaud. But for the family serial, which takes place in confined spaces with an emphasis on intimacy, that simply wasn't an option. So all those involved have made a "trust pact." Some are staying in the hotel alone for the entire production, while others have come with their children, who have been taken out of school for the duration of the shoot. All this is being done with the aim of keeping contact with others to a minimum.

Read more: Kissing despite COVID-19: How Germany's film industry adapts to the pandemic

No compromise on the catering

However, there were limits on how far the team was prepared to compromise. "I've heard that in the Netherlands the crew are bringing their own sandwiches to the set. We can't have that here. Starter, main course, dessert — we have to have all that." The production company had a large canteen built in which people would be able to maintain the required distance.

All these constitute extra costs for a production that's already on a tight budget, but Granveaud is glad that it's going ahead at all. "I'm confident about the coming months, because television needs a constant supply of material for its programming — even though they're having to save, because the collapse in advertising is putting pressure on the broadcasters. For cinema, the situation is very different."

Movie theaters reopened in France on June 22. "The audience numbers are bad," says Granveaud. "Cinemas are enclosed spaces, which is putting people off. And now summer's coming, and people are going on holiday."

Losses of more than €400 million

People in the sector are very worried. It's an unprecedented situation for this nation of cinephiles: Movie theaters have never closed for 99 days in a row, not even during the two world wars. A quarter of a year with no income, but still with ongoing expenses: The national cinema association estimates that accumulated losses are in the region of €400 million ($450 million). 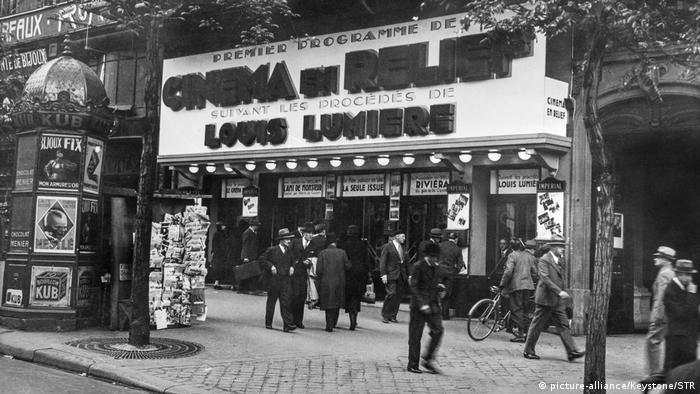 French cinemas were shut for 99 days due to the pandemic, the longest closure in history

There are around 6,000 movie theaters in the country, and their owners will now be biting their nails. Will the cinemagoers return after the summer? Or will coronavirus drag the sector, which is so important for France, and the tens of thousands of people who work in it into the abyss?

The worst is yet to come

Nicolas Naegelen is cautiously optimistic. He's the head of a film postproduction companyin Paris. Polyson starts work once the filming is completed and the pictures and sound go to the studio to be prepared for broadcast or screening. Naegelen employs 15 staffers and 30 freelancers, and he only had to send them home until mid-May. Since then, the company has been back in operation — and it's currently benefiting from the delayed effects of the coronavirus crisis on postproduction companies. The films teams are currently working on were already in the can before the outbreak of the pandemic.

Both employees and freelancers in the sector are still relatively well provided for. Many are on short-time working allowances. But the government won't be able to fill all the gaps long-term. The amount of support will depend on the future financial situation of the Centre national du cinema (CNC). The government agency's coffers are still reasonably full, but that may change. It is funded by contributions from television broadcasters, who are complaining of a lack of advertising revenue, and a 10.72% tax on cinema tickets.

Going to the movies is by far the most popular leisure activity in France, and in a normal year the sale of around 200 million cinema tickets would bring in plenty of money for the CNC. This would then be used to help finance the production of more French films. With around 250 films a year, France is the world's third most productive movie nation, behind only the United States and India. 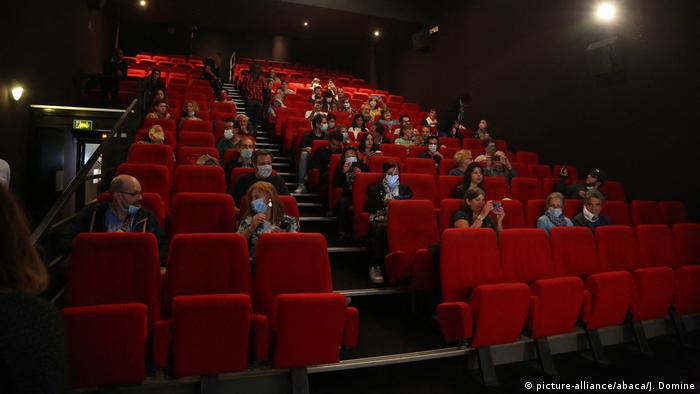 Cinemas must operate at reduced capacity, but will moviegoers show up?

Richard Patry, the president of the national cinema association, says the situation is critical. Movie theaters must make up the income they have lost in recent months, yet the rules on social distancing mean they can only operate at a maximum capacity of 50-80%. But their costs remain the same. This is unsustainable, and many movie theaters won't survive.

Presumably the small independent cinemas, the ones that aren't part of the big chains, will be the first to go – especially as cinemas will also be affected by the pandemic in the US. They get between 45% and 60% of their income from screening American films — but Hollywood has postponed the release of many of its blockbusters until next year. The film industry in the US is currently in a much stronger position than its European counterpart, which has been very badly hit.

Young people will be the worst affected

While people in the industry itself are wondering whether French moviegoers will flock back to the theaters after the summer, or whether perhaps the big streaming portals like Netflix and Amazon, having acquired a bigger share of the market during lockdown, will continue to build on that at the cinemas' expense, it's already clear who will be the first to lose out. "It's particularly the young actors who have yet to establish themselves," according to Nicolas Naegelen. "The same is true of technicians. Those who are just coming out of film school and who will be looking for work after the vacation period are in for a very, very tough time."

Jeanne Granveaud agrees. But the production manager is trying to reassure herself: "So far, history has always shown the same thing: When people have financial worries and can't afford a holiday anymore, they take their kids to the movies." We'll find out in the autumn whether this still holds true with coronavirus doing the rounds.