The Louvre in Paris sells out for restricted reopening

The Mona Lisa is finally receiving visitors again. Following the COVID-related closure, the Paris Louvre has now reopened its doors, but with strict regulations. 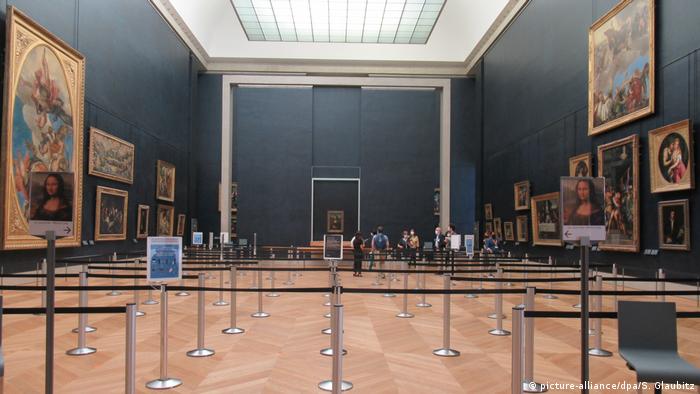 Since its opening in 1793, the world-famous Louvre Museum in Paris has probably never been emptier than during the coronavirus pandemic lockdown. For almost four months, Mona Lisa offered her mysterious smile only to the museum guards. Normally, visitors from all over the world crowd in front of La Joconde, as Leonardo da Vinci's painting is called in French. On March 13, the Louvre was closed by order of the Ministry of Culture due to the rampantly spreading virus.

Now, as the museum reopens on July 6, nothing will be like it once was.

Overcrowded museum: A thing of the past

Those who want to get to the Mona Lisa have to make their way through a zigzag course set up like the check-in lines at airports. Orange dots light up on the floor and mark the distance visitors have to keep from the person in front of them.

But it should not become too crowded. The Louvre is now only allowed to admit 30% of its usual number of visitors to view its treasures during the pandemic. This is just one of the security precautions that have been taken for the reopening.

For the most visited museum in the world, this presents a major challenge, says Louvre director Jean-Luc Martinez. Last year, around 10.2 million people still thronged through the huge art palace — some 30,000 to 40,000 people a day. According to the museum, most came to see the Mona Lisa. Long lines were part of the program, and sometimes the Louvre even had to turn away art lovers due to overcrowding.

Around 75% of the visitors come from abroad, with a majority from the US, followed by the Chinese and Europeans. "Only two million come from France," Martinez told German press agency dpa.

The number of visitors expected to be modest

The coronavirus-related closure resulted in a loss of around €40 million, according to the museum director. The Louvre finances over 50% of its costs itself, mainly through the sale of tickets. The rest of its budget is covered by public subsidies — with the French state as the main patron. 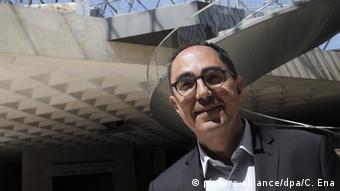 It is fortunate that the subsidies exist, says the director, because after the reopening, the number of visitors will probably remain modest for the time being, given the travel warnings still in effect worldwide. Jean-Luc Martinez is hoping for 3,000 to 4,000 visitors a day, maybe even 5,000, so those who want to come now will almost certainly get a ticket, which can be reserved or purchased online.

Strict security precautions in the museum

The main entrance of the museum with the futuristic glass pyramid opened at 9 a.m. sharp on July 6. The 7,400 tickets on offer for Monday were all snapped up, the museum confirmed.

Only card payment is currently possible at the door; cash is not to be accepted for hygienic reasons. Names, addresses and contact details are noted before visitors are allowed in. Visitors will also be required to wear face masks in the exhibition rooms; masks may only be removed in the Tuileries Garden.

Touring the halls follows a prescribed course to prevent people from getting too close to one another. Measuring 60,000 square meters (645,835 square feet) in size, the Louvre is the third largest museum in the world: 35,000 works of art are exhibited there, and storage spaces hold countless other treasures — from paintings and sculptures to small vases and jewelry. The main attractions, apart from the Mona Lisa, include the marble Venus de Milo statue and the famous painting Liberty Leading the People by the Frenchman Eugène Delacroix.

During the museum's closure, many of the Louvre's works could be admired online. However, museum director Jean-Luc Martinez is appealing to all art lovers: "Although we made it possible for visitors to view our collection during the lockdown, nothing can replace the feeling of seeing a work of art in real life. This is what gives museums their reason for existing in the first place." He hopes that not just the French, but that Europeans and other visitors from around the world will soon find their way back to the museum. "We all need that special experience of a real encounter with art and beauty. It can heal our souls."

Beyoncé and Jay-Z's latest video has been described as a brilliant reinterpretation of Western paintings and sculptures celebrating African-American identity. The Louvre museum explores the works on show in the clip. (04.07.2018)