Until now, many have believed that intensive farming is the answer to famine and malnutrition around the world. But now experts are challenging this idea, propagating quality and variety over quantity. 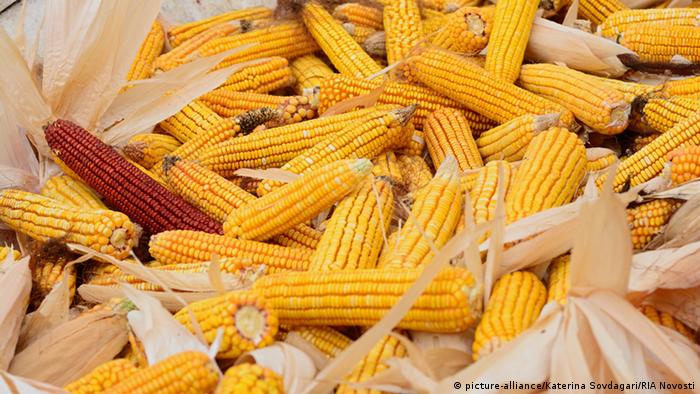 "Go outside and everywhere you'll see corn, corn and more corn," Hans Rudolf Herren, president of the Swiss-based Biovision Foundation and winner of the Right Livelihood Award, is getting worked up as he presents his take on the problem of famine around the world. "In Africa, in Brazil, in America you can drive for hundreds of kilometers and all you see is corn! It's used to make ethanol and animal feed. This is wrong!"

Around one third of global grain crops is used to feed farm animals and over 50 percent goes towards industrial production and energy generation. This leaves less than half for human consumption. And while this does not create big problems for residents of wealthy countries, around 800 million people in the developing world suffer from hunger, especially in Sub-Saharan Africa and Asia.

Aid supplies are not enough

The vision of fair global food distribution and greater access to cheaper nutrition in developing nations has been a key aspect of development policy agenda for many years now - just as the belief that famine is the result of unproductive agriculture.

"Especially in the US our theory has been, 'Hey, we simply need to support the farmers there! We produce food a lot more efficiently and cheaply than the people in developing countries,'" said Roger Thurow, an expert on global agriculture at the Chicago Council on Global Affairs. African countries are expected to simply buy food when they need it, he explained - and in a famine it's a case of "we'll feed you." 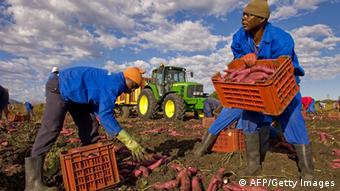 Farming methods in developing countries are often inefficient and outdated

But it is becoming increasingly clear that this approach is inadequate. Small farm owners - who in some African countries make up three-quarters of the population - have been turned into aid recipients by such policies. This, in turn, has produced underdeveloped agricultural systems in many of these countries. According to Thurow, even at the best of times their yields remain smaller than those of farmers in the developed world.

"They regularly lose up to 30 percent of their crops through bad storage - the methods they use are medieval," commented Thurow. "Vermin and rain can get in and destroy the contents within weeks. And if they want to sell a portion of their harvest, there are hardly any roads that allow for it to be transported safely to the market."

Thurow believes that the answer to the famine problem is not more food but better quality and greater variety of food. Although crop output has been increased in India, according to nutritionist Michael Krawinkel from the University of Giessen in Germany, the country still has more undernourished people than most other countries on Earth. Meanwhile, Europe and the US, where agriculture is subsidized and food is cheap, are fighting a battle against diet-related afflictions such as obesity, diabetes and high blood pressure. At the same time, another argument for producing better and more varied food is the impact on climate change on agriculture and waning resources.

Obesity rates are increasing in the West, including EU countries

"Eating enough isn't enough anymore," said Krawinkel. "We need a variety of vitamins and other nutrients to feel truly sated and keep the level of sugar and fat in the blood in a healthy balance."

He believes that instead of large-scale cultivation of individual plant types, a variety of plants and cultivation methods needs to be maintained.

"For example, three different heights of plants on a vegetable patch were common: vegetables on the ground, above them taller plants and above those a tree that provided shade and produced fruit," explained Krawinkel. "This variety protects the plants from natural threats and supports a balanced and appropriate diet."

This is why Hans Rudolf Herren is on a mission to make sustainable agriculture one of the goals of sustainable development, a concept which is currently being developed by a UN committee. In the end, however, it is people who need to make more informed choices when shopping for food, he pointed out.

"When shopping and selecting products, every person is free to say, 'I will buy this but not that,'" said Herren. "I still believe that the industry will adjust to what the consumers do."

Guatemala has one of the world’s highest levels of chronic malnutrition in the world. The government has responded with an ambitious zero-hunger strategy but entrenched inequality and poverty are complicating the fight. (18.10.2013)

Activists are encouraging Germans to re-examine the problems of starvation and malnutrition as part of an action week by major food aid NGO Welthungerhilfe. Germany's president opened the event with a call for action. (14.10.2013)