Retired Cuban leader Fidel Castro has seemingly lent his support to Cuba's talks with the US. In a letter read out on state television, the revolutionary icon said, however, that he does not "trust the US." 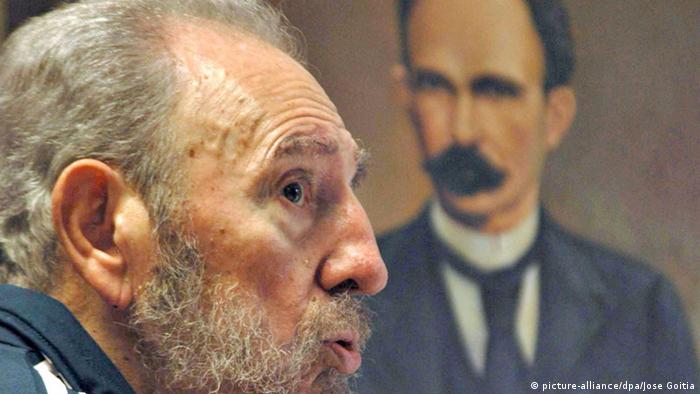 Fidel Castro's statement, which was broadcast on Monday, addressed his longtime adversary for the first time since current Cuban President Raul Castro and his US counterpart Barack Obama announced on December 17 that they would restore diplomatic ties that broke off in 1961.

"Any peaceful or negotiated solution to the problems between the United States and the peoples or any people of Latin America that doesn't imply force or the use of force should be treated in accordance with international norms and principles," Castro said in a statement.

"We will always defend cooperation and friendship with all the peoples of the world, among them our political adversaries."

The 88-year-old added, however: "I don't trust the politics of the United States, nor have I exchanged a word with them, but this does not mean I reject a pacific solution to the conflicts."

Since December's secret Cuba-US negotiation, some Cuban-American lawmakers in Washington have criticized Obama, saying that the administration had given up too much without securing human rights commitments.

Obama has called on Congress to lift the US embargo on Havana, and used executive powers to ease some travel and trade restrictions. He has also given the State Department six months to review whether Cuba should remain on the list of state sponsors of terrorism.

Castro took power in Cuba, which is the Americas' only one-party Communist-ruled country, in a 1959 revolution. He spent much of his 49 years in power railing against the US, which failed to succeed in several attempts to oust him.

He was finally forced into retirement in 2008 by poor health and was succeeded by his brother Raul, who is now 83.