Auto giants Fiat Chrysler and France's PSA group are planning a merger that would see the company become the world's fourth-largest carmaker. An official communique also revealed where the new outfit would be based. 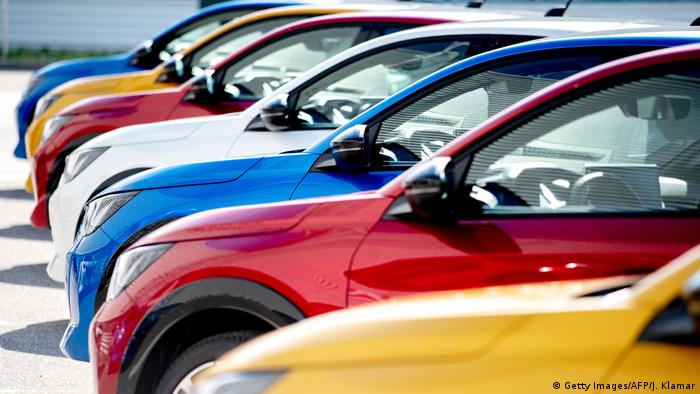 "This convergence brings significant value to all the stakeholders and opens a bright future for the combined entity," said PSA CEO Carlos Tavares.

The potential $50 billion (€45 billion) tie-up between the US-Italian carmaker and the producer of Peugeot and Citroen cars could help both navigate a competitive market and costly technological challenges associated with a shift to electric and hybrid cars.

"I am convinced that together with our great people we can create a world-class global mobility company," added FCA CEO Mike Manley.

French Finance Minister Bruno Le Maire welcomed the planned "50/50 merger," but urged PSA to keep its French industrial footprint. The new conglomerate would be based in the Netherlands, the companies said.

Read more: Electric cars — when will the stars align?

The merger — which is not guaranteed — comes following a failed attempt earlier this year to combine Fiat Chrysler with French carmaker Renault. That deal fell through in part due to resistance from the French government, which owns a stake in Renault, over concerns jobs would be lost. It also holds a 12% stake in PSA.

It would also produce the scale needed in an industry facing slowing demand and costly investment in advanced technologies to meet environmental regulatory requirements.

If the merger is approved, it would give PSA access to the lucrative US market while strengthening FCA's presence in Europe.

Jörg Köhlinger of the IG Metall metal workers' union said it was "counter-productive and damaging" to speculate about negative consequences for German automaker Opel. He cited a labor deal reached last year that guarantees jobs until 2023.

"This provides Opel employees with security and protection," Köhlinger said. "In view of the merger, IG Metall will continue to work for the independence of the Opel brand and for the identity of Opel."

Electric cars: Low earners may never get to drive one

Already struggling to keep aging vehicles on the road, low-wage workers could be forgotten in the electomobility age. Climate crisis or not, policymakers face increasing pressure to ensure everyone can stay mobile. (20.09.2019)

The future of electromobility will be determined in China, say an increasing number of automotive experts. Chinese car manufacturers are increasingly targeting markets in Europe and North America. (12.09.2019)

US President Joe Biden signs series of orders, including rejoining Paris climate accord 17m ago

German Chancellery: 'Very, very good sign' that Biden will rejoin WHO 31m ago

Opinion: Joe Biden is the right US president for the moment 47m ago