The International Motor Show in Frankfurt is taking place amid tough economic conditions and a sharpened social debate around the combustion engine. Henrik Böhme reports. 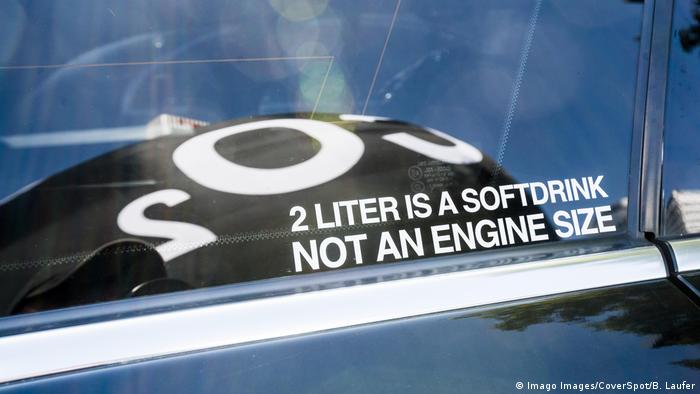 It is always, of course, a bit of a show when a new car rolls onto the stage. But perhaps less so than it once was. Everywhere you hear about the environment, climate change, sustainability and climate-neutral production. A lot has changed at the IAA 2019.

Take the case of Mercedes-Benz: In the past, they took up two floors at the Frankfurt Festhalle and paid tens of millions of euros to exhibit their cars there. This year, they have scaled back by a third, with practically no cars on show, but just huge multimedia walls for presentations of mobility-related concepts. The cars are parked outside in the lobby.

And rival BMW, which rented an entire exhibition hall two years ago, is now occupying two-thirds less, sharing a hall with Jaguar Land Rover, Hyundai and others.

Is the IAA an obsolete model?

Over 30 major car brands have saved the cost of an appearance in Frankfurt and there are hardly any luxury brands taking part. Peugeot has left its German subsidiary Opel to fly the flag, while Honda is the only Japanese firm here. So, will the concept of the classic auto show survive? Could the IAA be about to suffer the same fate as the computer fair Cebit, which was buried last year?

"The trade show and the appearance of the automakers will have to change. I believe the IAA in this form is really coming to an end," Jürgen Pieper, an auto analyst at Bankhaus Metzler, told DW.

One must be open to new topics and put them in the foreground, he added. "To be honest, I've always been annoyed that manufacturers put their entire range in the halls, something you do not want to see as a visitor. People want to see the new offerings, how they move and what they do, and you have to focus on that," Pieper said.

The organizer of the fair, the Association of the German Automotive Industry (VDA), seems to have recognized the problem and is trying to make amends.

Put frankly, no-one wants to go the way of Detroit, where the traditional motor show fell under the wheels, so to speak, when visitors suddenly preferred to go to the Consumer Electronic Show in Las Vegas. Next year, Detroit plans to organize the motor show in summers rather than in chilly January, in a last ditch effort to salvage the show.

"The pure auto show that is only exhibiting products and technology is not enough today to give answers to the questions of the future," says VDA boss Bernhard Mattes, formerly the boss of Ford in Germany, adding that the car was indeed only one aspect of the mobility of the future.

"Not every trip in a city has to be covered by a car, which can work the same way or even better with a bicycle, an e-scooter or a bus," Mattes told DW. However, one must make the systems much more efficient, he added. "We are working on it."

And another thing is different this year: Whereas in the past the number of world premieres was the benchmark for the success of an auto show, today it is the number of electric cars being presented.

The industry is facing a major upheaval, which is well known, but to make matters worse there is a further deterioration in the global economy.

Experts expect a worldwide decline in auto sales of at least 4% for the current year and a fall of 7% in China, the most important market. Volkswagen, for example, wants to counteract this with an electric offensive. Group CEO Herbert Diess sees this as an attempt to overcome the consequences of the diesel scandal, which came to light almost four years ago.

The scandal was traumatic not just for VW, but for the entire automotive industry, Diess told DW. "We've caused a lot of damage through our behavior — worldwide, not just in America, but here in Europe, too. And we've been trying to repair it as best as possible for the past four years."

It is far from over and will take years to regain confidence, he stressed. "But on the other hand, it also spurred us on to quickly reorient ourselves and focus on the development of the technologies of the future," the Volkswagen CEO said. 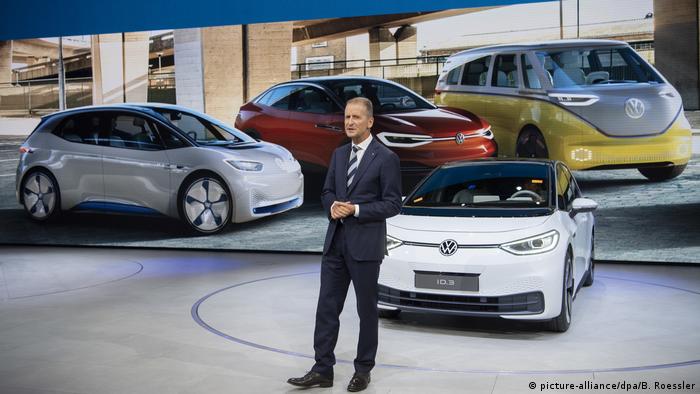 On the eve of the motor show, VW officially unveiled its ID.3, which is set to mark the prelude to a new era, as once the Beetle and the Golf did. There are already 30,000 pre-orders, says Diess. "I think it will be difficult for many customers to not choose the ID.3. For those who do not drive hundreds of miles every day, who do not drive 50,000 or 60,000 kilometers a year, who do not need huge cars, it's probably the best car."

VW is investing billions in electromobility, building entire plants, in Zwickau in the eastern German state of Saxony, for example, where from November only electric cars will be produced.

The Chinese startup Byton, meanwhile, has only a single plant and €500 million ($570 million) to spend. Founded by former BMW managers, the company is gearing up for the challenge.

The new plant in Nanjing is almost ready, with production of the first model — the M-Byte — expected to start in November, Byton boss Daniel Kirchert said. Sales will start in China next summer and a year later in Europe and the US.

"The electrification of the auto industry is not the only reason why we believe we stand a chance when competing against the established players in the industry," Kirchert said. "We also believe in connectivity; the vehicle itself is going to be a connected device in the future and it's going to be a mega-trend. And I think that as a startup, we have the huge advantage of being able to start out on a green field and create a new culture," he told DW.

But despite the optimistic tones, the auto industry must look at how it will survive the current crisis.

And the debate on individual mobility, which has just begun in Germany, could gain momentum on Saturday when the IAA opens its doors to the general public. Climate activists have announced protests and street blockades to demonstrate against the auto industry. Frankfurt's city police are prepared for anything.

Carmakers need SUVs more urgently than we do

It took social and political pressure to get the automotive industry to develop more climate friendly cars. Ironically SUVs have become an essential part of carmakers' efforts to turn green. (11.09.2019)

Two German automakers have been targeted by an antitrust probe for making a deal to meet tougher emissions standards. Critics have called the probe a "nakedly political use of Justice Department resources." (06.09.2019)

Czech-based carmaker Skoda Auto has a new paint shop that it says is Europe's most modern and among the most environmentally friendly. As Hardy Graupner reports, technology from southern Germany plays a crucial part. (27.08.2019)