Solar panels generate electricity in the fields, helping both farmers and climate protection. DW visits a German solar farm — and looks at other places this combination is paying off. How widely can agrovoltaics spread? 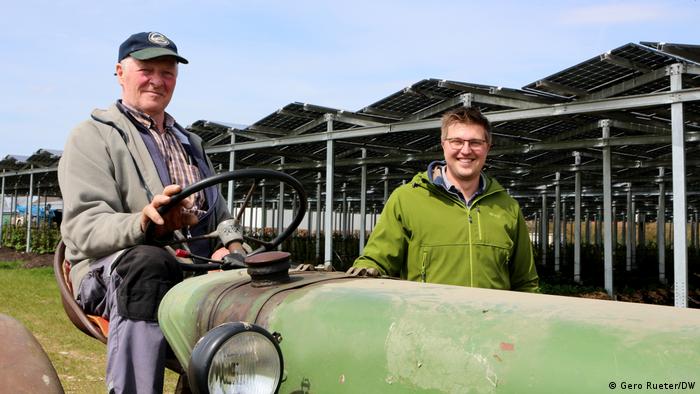 Solar panels are becoming integral to some forms of farming

"My father built the first photovoltaic system on the barn roof and you could see that it worked,"  he says.

Today, the farmer is 33 and owns two large solar power systems himself. Berries now grow underneath one of them. Five years ago, Karthaus took over his father's farm near the western German town of Paderborn and runs it on the side.

The trained electrical engineer works during the day as a product manager for agricultural electronics because: "I can't feed a family with the earnings from growing 80 hectares of field beans, grain, rapeseed, and corn crops." 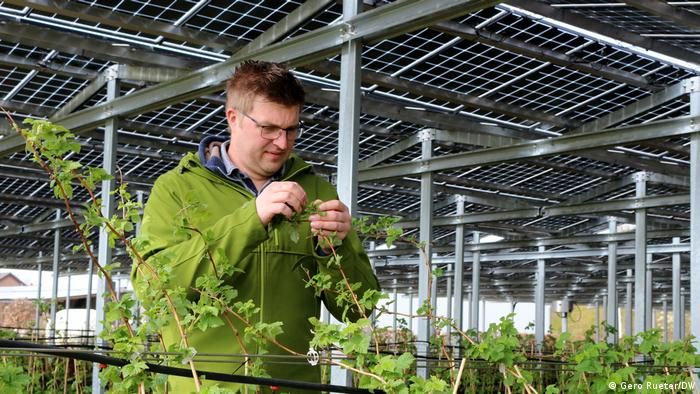 Heat and drought have also caused a significant drop in yield over recent years.

"My wife and I started thinking about how we could continue to operate the farm in a meaningful way," Karthaus says. That's how the idea of growing berries under a solar roof with translucent modules was born.

"We thought about which kind of berry goes with what sort of light and shade. Blueberries and raspberries are woodland plants, so that works really well," he says.

The first harvest from the seedlings last year was good. Usually, the plants are grown outdoors or in foil tunnels.

But Karthaus suspects the shade under the modules could increase yields. Extremely hot summers are now an increasing problem for plants, even in Germany. As Karthaus explains, roofs made of solar modules reduce evaporation and thus, save water.

"We once measured it here. The evaporation is about a quarter compared to plants in the open field," he explains. 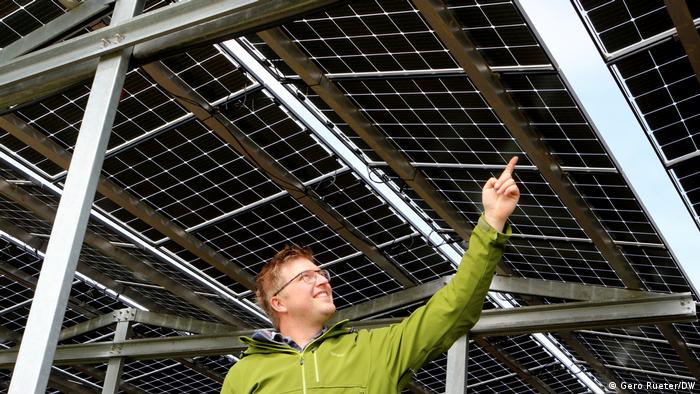 Power above, berries below

Of course the modules also provide electricity. With 750 kilowatts of power, the system generates about 640,000 kilowatt hours a year, which is equivalent to the electricity needs of 160 households.

Karthaus receives just under €0.06 ($0.07) per kWh for feeding it into the grid. He wants to use part of the solar power himself to operate his own refrigeration and freeze-drying systems. If he had to buy the electricity from the energy supplier, that would cost him around €0.25 per kWh.

"It's a win-win situation for everyone. It means that we can generate green power locally, decentralized, where the energy is consumed," says Karthaus.

In Germany, this method of cultivation works well for soft fruits, apples, cherries, potatoes, and produce such as tomatoes and cucumbers. In other regions of the world, differing plants and module designs might be more suitable. 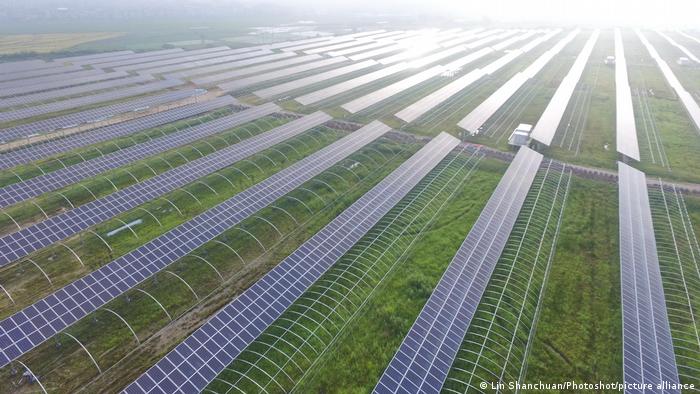 What exactly grows where, is something interested parties from all over the world can learn from Max Trommsdorff, an expert in agrivoltaics at the Fraunhofer Institute for Solar Energy Systems in the southern German town of Freiburg. Agrivoltaics is the exciting approach of using agricultural areas to simultaneously produce food and generate photovoltaic electricity. Trommsdorff and his colleagues advise governments worldwide and recently organized an international conference on solar energy and farming.

Depending on the location, one has to estimate the optimal light conditions for the plants as well as local demand for electricity, says Trommsdorff.

"There are big regional differences: It depends on what is being grown, what the climate zones are, what the rural structures are." 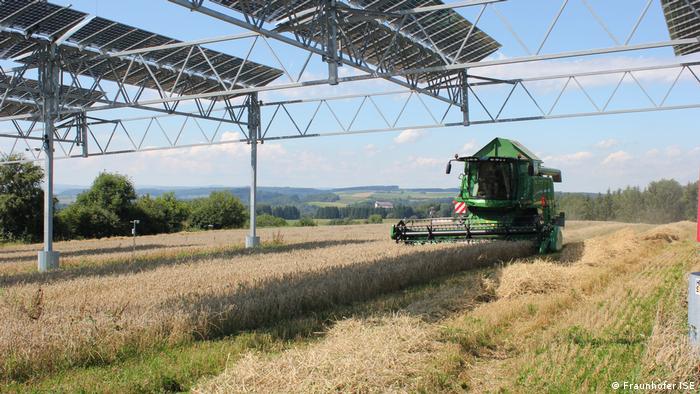 The big challenge, he says, is mutual understanding: "What can photovoltaics do? What does agriculture need for successful integration?"

Trommsdorff and his colleagues see huge potential for agrivoltaics worldwide. There are already some agrivoltaic plants in Europe, Mali, Gambia and Chile; but the vast majority so far are in Asia.

The world's largest plant, with a capacity of around 1,000 megawatts and covering 20 square kilometers (about 8 square miles), is located on the edge of the Gobi Desert in China. The cultivation of goji berries under the module roofs is intended to make the dry earth fertile again.

And in Japan, farmers are already harvesting from more than 2,000 agrivoltaics systems.

"The aim here is to support structural change, stop the rural exodus, and create prospects for the rural population," says Trommsdorff. 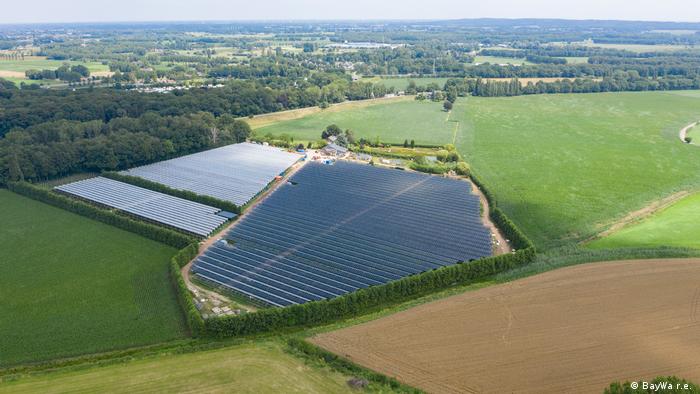 In Europe, France is a pioneer, especially in winegrowing. There, government subsidies for modular roofs are intended to protect vines.

"Many grape varieties get too much sun and heat due to climate change," Trommsdorff explains. "Shade can bring some benefits here."

Fabian Karthaus is planning on expanding his solar field in the future. At the moment, his berries grow under 0.4 hectares (about 1 acre) of solar panels. "I would like to expand this to an area of 8 or 10 hectares, then it will really be worthwhile."

However, Karthaus will have to be patient. So far, he says, the expansion is still cumbersome for farmers in Germany.

But he hopes that will change soon. And he is already advising other farmers to "definitely start dealing with the topic," even if it still takes a while to implement in their own fields.