Faraway peaks and unreachable cities — virtual travel is all that′s possible for the time being | DW Travel | DW | 07.05.2020

During the coronavirus crisis, travelers are left with nothing but yearning. Sights can only be visited virtually, if at all. Join us for an online version of Check-in in Germany. 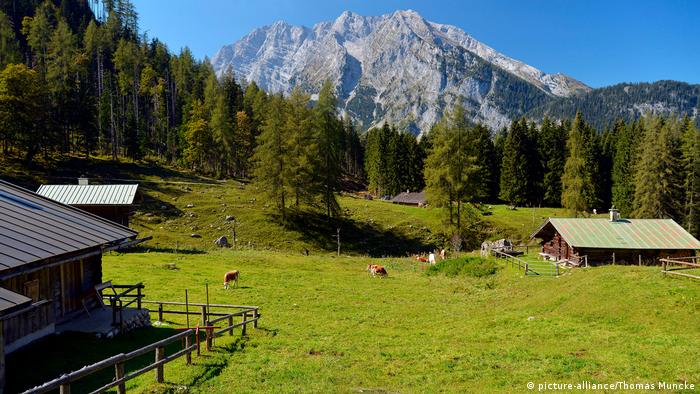 Tour operators and tourism companies are currently quick to point out that desirable destinations in our networked world are also accessible digitally. This is often accompanied by the qualification that virtual travel is no substitute for personal experience. But perhaps it will motivate tourists for a future visit.

Since mid-March, not much has been happening on the North Sea island of Sylt. The island is part of the federal state of Schleswig-Holstein and like other islands it is especially affected by the lockdown restrictions. Visitors are not allowed to return until the end of May. The tourist information office is closed; inquiries are only answered by mail. And what does the island offer in virtual terms? Under the motto "Sylt macht sychtig" (Sylt is addictive) there is an image film, which has been on YouTube since 2015. In addition, there are also references to feature films and novels about the island.

Rügen, the largest German island, is more up to date. There the homepage says "Reunion brings (anticipated) joy" (Wiedersehen macht (Vor)Freude), and the promise: "Until then we'll provide virtual island experiences".

In mid-April there were two live broadcasts under the title Fernbeziehung(long-distance relationship), in which current images of Lauterbach and Binz were accompanied by music provided by a DJ on site. The two videos, which last about an hour, are no substitute for a journey, but are unmistakably created in the here and now. A lonely DJ and sunny, deserted impressions of the Baltic Sea beach. If you hang in there, you even get to see the famous chalk cliffs.

Saxon Switzerland was already a sought-after destination for painters centuries ago. Under the hashtag #Sehnsuchtsstiller (#calmeroflonging) it only offers a reference to a YouTube channel in addition to addresses, vouchers, recipes and travel reports. However, the last published video is five months old.

Unfortunately, the Upper Middle Rhine Valley, a cultural landscape that is a UNESCO World Heritage Site, has little to offer in a virtual sense. Those who search will find just three webcams through which you can look down on the Rhine from Koblenz, Oberwesel and the Drachenfels rock.

The Moselle Tourist Board also limits itself to the bare essentials. Besides the information that brochures are being sent out, under the hashtag #visitmoselsoon there is a cooking video for a fish dish on their Facebook page.

What about Neuschwanstein Castle?

The Bavarian Administration of State-Owned Palaces points out on its homepage that visitors can currently only virtually stroll through the museums. You can mouse-click through the castles of the fairytale king Ludwig II or follow a 3-D animation. Apparently, this crosses "the border between reality and virtual reality."

The example of Neuschwanstein shows, despite all the photorealism, that many a sight without an audience is no longer as impressive. Too clean, too tidy, without people: The picture is missing an essential reference point. Those who would like to be inspired by the fairytale castle and its history will at least find a link on the homepage to a television documentary that conveys something of the fascination that the castle has for its visitors.

The Bavarian Tourist Board shows how things can be done better. Under the motto "Bavaria for dahoam" (meaning at home in Bavarian) there is a colorful array of things to choose from: short videos in which the state presents itself with its clichés and with a knowing wink. Landscape photos which can be used as a screensaver on the home computer or mobile. A Spotify playlist or the podcast "Hok di her" (Sit down with me). In it, people from Bavaria tell their story, from an abbess in a monastery to a young winemaker or to a hostess of the first mountain hut providing vegetarian food.

Many travel destinations in Germany can be seen to be making an effort to present themselves virtually, but they are often unable to offer more than old videos, such as Rothenburg ob der Tauber. On the homepage of the Romantic Road, the most famous holiday route in Germany, there is nothing, no reference to the coronavirus and no digital offers.

Apart from current information about travel and gastronomy restrictions, the town of Heidelberg, renowned for its ruins on the slopes of the Neckar river, only relays the promise of its marketing director Mathias Schiemer: "We want to be prepared for when Heidelberg will once again be able to present itself to its guests as a romantic festival and science city, according to the motto: 'Now more than ever!'"

And what is the capital doing? The most visited city in Germany with 14 million tourists? The city marketing department points to the Senate, which has created its own homepage, on which the numerous livestreams from Berlin can be found, from artists' studios, clubs and the concert hall.

In Munich, too, the virtual offers are limited to a list of links to famous museums and other cultural institutions in the city. At least the handicraft tips are original. Similarly, there are instructions on how to recreate the Frauenkirche or the Monopteros in the English Garden with the inner cardboard tube from the rolls of toilet paper people notoriously stockpiled during the coronavirus crisis.

Those interested in Hamburg are advised to visit the virtual services of the Elbphilharmonie. In addition to numerous concert recordings, the " Guided Tours at Home" are particularly interesting. In videos lasting one to two minutes you can take a look at the spectacular concert hall, from the main hall to the backstage area and architectural details.

The attraction of the virtual "being there" is mainly in immediacy, when you can see from your home how things look right now in the places you might want to go. For years, these sorts of images have been on offer every morning on the 3Sat-TV program "Alpenpanorama." It shows live images from numerous web and panorama cameras of peaks and destinations in the Alps. Just pictures, no commentary.

The marketing strategists in Thuringia may also have considered this when they initiated their virtual walks during the coronavirus crisis. Under the title Sunday Walk, viewers get just that: the subjective, slightly fluctuating video recordings of a hiker, about half an hour long. Quite documentary, no music, but with the twittering of birds, other people hardly encounter him. One hears footsteps while the nameless walker walks through Erfurt or over the Rennsteig to Wartburg Castle. The site will certainly not be so deserted and special after the lockdown is over.

Travel is a yearning

The digital world enables real-time transmissions and new perspectives. Even if some promises to bring the travel experience home may seem a little exaggerated, they have one thing in common: They bear witness to the audiences' desire to see travel destinations and convey the yearnings of those who can currently do no more than plan their next vacation.

Normally Germany's castles are visitor magnets, but because of the coronavirus their doors remain closed. Someday this crisis will end, and when it does, here are our recommendations for a tour of Germany's castles. (14.04.2020)

Around the world in 10 movies

Thanks to the coronavirus, DW's travel editors are staying at home, too. We hope to get back on the road as soon as possible, but until then, we have chosen our favorites — 10 movies that keep our travel bug alive. (17.04.2020)