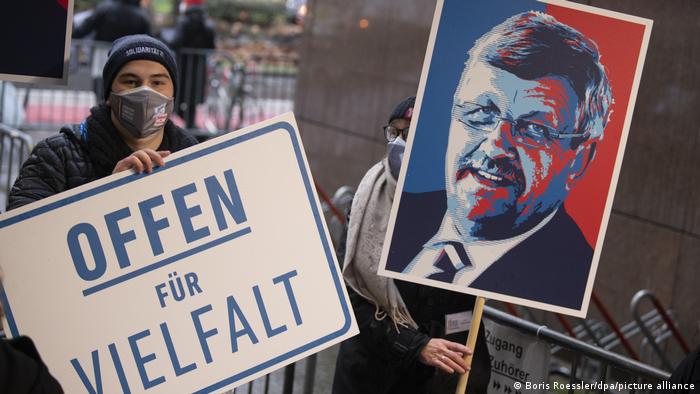 On a Sunday evening in September 2017, Walter Lübcke was still alive. The district president of the Kassel region, a politician with Angela Merkel's conservative Christian Democratic Union, was working out how to integrate tens of thousands of refugees into German society. He agreed with the chancellor's approach and her optimistic phrase: "We can do this!"

At the same time, his opponents and those of the Germany's migration policy were celebrating a breakthrough. That September 24, the far-right Alternative for Germany (AfD) achieved a considerable electoral success after campaigning explicitly against Merkel and her allies.

Intoxicated by the results, Alexander Gauland, one of the party's two leading candidates, stepped into the limelight and told his jubilant supporters that the AfD would fight the government on this issue: "We will hunt them. We will hunt Frau Merkel or whomever — and we will reclaim our country and our people!" 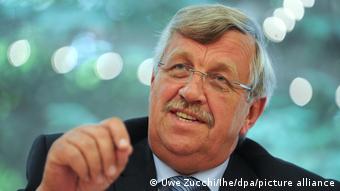 Two years later, Lübcke was dead, shot at close range in front of his own home. His murderer, Stephan Ernst, was a right-wing extremist, motivated by his hatred of Germany's refugee policy and his hatred of the man who had come to incorporate it.

Gauland did not know Ernst. There were no links between them, certainly no legal connections. And yet, there was a political bond. For years, the AfD fueled hate in Germany, pushing their supporters to rise up against refugees, migrants and political opponents.

The party has refused to take any responsibility for right-wing extremist hate crimes, and have countered any accusations by saying they are an attempt to silence its criticism of the government. The AfD has behaved like the Roman governor Pontius Pilate, washing its hands of any guilt.

Ernst, 47, has now been sentenced to life in prison, the maximum sentence from a German court. The Frankfurt court also acknowledged the "special gravity" of Ernst's guilt, which effectively excludes parole.

Thursday's sentence was justified, and it sends an important signal to right-wing extremists.

However, the trial has also sent out a fatal message to Ernst's supporters. His accomplice, Markus H.*, got off almost scot-free. He was acquitted of accessory to murder, but found guilty of an illegal gun possession charge and given a suspended sentence.

Setting aside whether or not such a mild verdict was appropriate — the prosecutor had requested almost 10 years in prison for Markus H. — its effect will be political. Once again, we are seeing a mild verdict for a right-wing extremist, a man from Ernst's circle. The past has shown what happens when there are verdicts like these: they are celebrated by the far-right scene.

And that's dangerous. Politically-motivated killers are rare, but they almost never act in an isolated bubble. Ernst, too, was radicalized by speeches and demonstrations, as well as by the AfD. Before he killed a man, he was in contact with other people — both in the real world and online — with whom he shared his hate. Political criminals such as Ernst often consider themselves on a mission, committing a crime for their ideological vision.

At the end of this trial, members of Germany's far-right scene have now received the message: As long as you're not directly involved in a crime and do not incriminate yourself in court, you needn't worry about suffering any serious repercussions for your hatred.

German trials such as these often fail to grasp the enormous significance of a perpetrator's milieu — and many often fail to achieve their goal, which is to establish the truth. The truth is that political crimes are not committed by lone warriors. They are shaped by society.