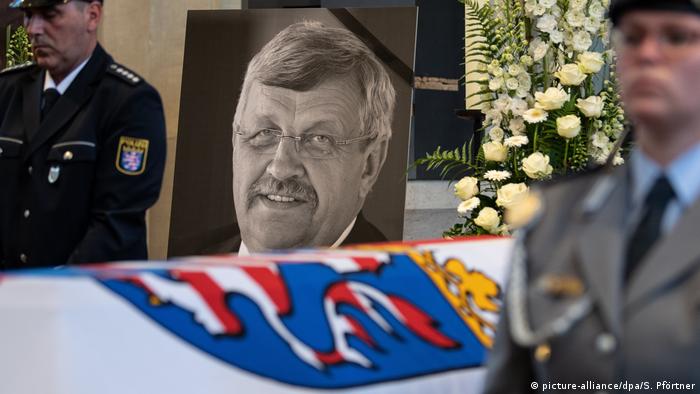 Walter Lübcke sealed his fate in one moment of moral principle. On October 14, 2015, Lübcke, a regional governor in the city of Kassel, Hesse, was carrying out a public duty that he performed several times that autumn, when Germany was seeing an unprecedented influx of refugees from Syria. He appeared at a town hall meeting in the small town of Lohfelden to explain why a home for the new arrivals was being set up in their community.

Several far-right supporters had appeared among the crowd and proceeded to heckle the conservative politician, a 65-year-old who had spent most of his life serving the people of Hesse and Angela Merkel's Christian Democratic Union (CDU), and was now a grandfather thinking about retirement.

In response to a stream of derision from among the crowd of several hundred people, Lübcke felt he had to reiterate his support for Germany's democratic order, the basic political denominator that he felt the country shared: "It's worth living in this country," he said. "You have to stand up for values, and anyone who doesn't stand up for those values can leave this country if he doesn't agree with it. That is the freedom of every German."

He was laughed at and booed. The speech spread through Germany's far right like wildfire — and made him into a permanent target of their vitriol.

Four years later, he was killed. 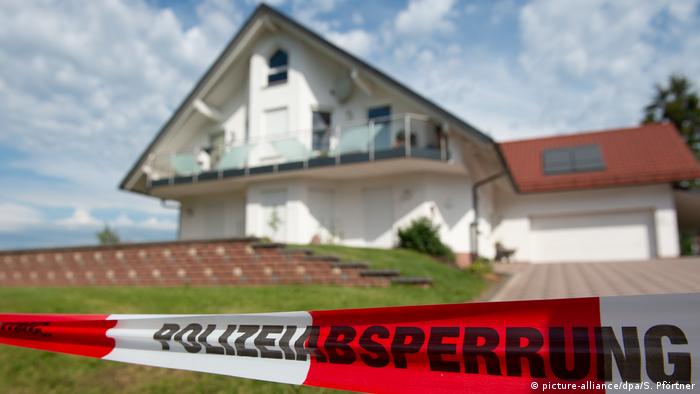 Stephan E. admitted to shooting Lübcke as the politician sat on the porch of his home

The suspected killers in the room

Two neo-Nazis were standing together near the back of the hall in Lohfelden — one tall and fair-haired, the other stockier and dark-haired. Stephan E. and Markus H., both in their 40s, had spent decades in and out of various extremist right-wing groups.

Stephan E. already had a string of convictions for violent crimes, including bombings and stabbings. And now they were here. Markus H. was filming Lübcke with his phone, and he posted a video clip of the politician's remarks on the internet later that night – having cut out the disruptive interventions that had led up to it.

On Thursday, those two men will stand up in a Frankfurt court to face Judge Thomas Sagebiel's verdict for Lübcke's murder. The state prosecutors believe Stephan E. drove to Lübcke's house on the evening of June 1, 2019, a night when he knew that a nearby summer festival would mask any noise, waited outside till the politician appeared on his porch alone, and, at about 11:20 p.m., crept up and shot him in the head from close range.

Markus H. is accused of being his accomplice, both practically – by helping Stephan E. to learn to shoot at his gun club – and psychologically, by joining him at far-right rallies and providing moral support. Lacking enough evidence, and to the anger of Lübcke's family, state prosecutors have not placed Markus H. at the murder scene, though Stephan E. testified that he was there.

Stephan E. will almost certainly be convicted on Thursday: He confessed to the murder on his arrest in June 2019 and during the trial, and his DNA was found on Lübcke's clothing.

But Markus H.'s role has proved much more difficult to pin down, and some observers think he has a good chance of being acquitted. Nevertheless, many people, like left-wing politician Hermann Schaus, who is on the Hesse parliamentary committee investigating the murder, believe Markus H. was not only at the scene but is also as dangerous as Stephan E. He has been able to escape justice so far only because he is "more cunning" than his former friend, Schaus told DW. 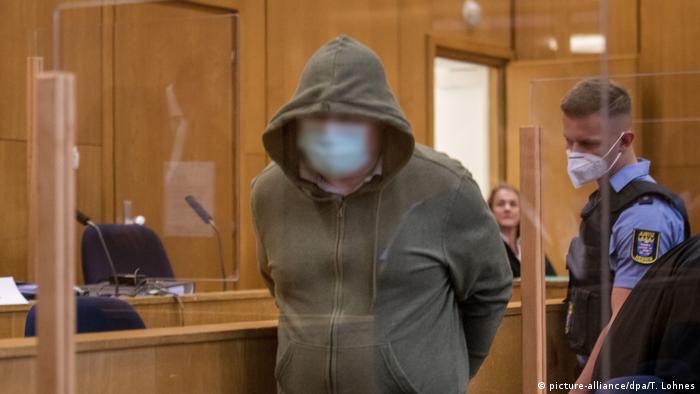 The role that Markus H. played remains hard to pin down - though some say he was certainly present at the murder scene

A shock to Germany

The murder was a shock to Germany's political culture. It was the first time an elected politician had been assassinated in the country since the days of the far-left Red Army Faction (RAF) in the 1970s and 1980s.

Florian Hartleb, political scientist and author of Lone Wolves, a 2018 book on far-right terrorism, said Lübcke's murder showed many politicians and security forces that the neo-Nazi threat had "long been under-estimated."

"The security forces, including domestic intelligence, have now increased their personnel, because before they had concentrated more on Islamist extremism," he told DW.

The case of Stephan E. re-focused attention on a fact that had been overlooked or downplayed for a long time: That there is a network of neo-Nazis in Germany whose members are not satisfied with marching in rallies or, after a drunken visit to a rock concert, beating up a person of color.

Like the National Socialist Underground (NSU) terrorist group, uncovered in 2011, Lübcke's murder showed that there are neo-Nazis all over the country who are prepared to murder their political opponents and plant bombs. Exactly how many remains uncertain - the federal Verfassungsschutz, the intel agency charged with tracking extremists, counts some 13,000 "violence-oriented" far-right extremists in the country. But how reliable that intel is is also a mystery. The NSU was not discovered until two of them were dead, and Stephan E. and Markus H. had themselves dropped off the agency's radar before Lübcke was killed.

It emerged recently that Stephan E. and the NSU shared contacts in Hesse's far-right scene. But by then, domestic intelligence agencies had stopped keeping a file on him. "Stephan E. was well-known, but because he had started a family and got a job, the security forces stopped following him," said Hartleb. "Of course that led to questions over whether something had been missed."

Hartleb also saw new lessons that needed to be learned about the increasing number of threatening hate emails and social media comments being sent to German politicians. The video clip of Lübcke that Markus H. posted in 2015 was widely shared on social media by right-wing blogs, the anti-immigrant group Pegida, and far-right politicians, and resulted in hundreds of death threats that went undeleted on Facebook and Twitter.

Even now, many of the threatening comments aimed at Lübcke at the time are still visible beneath the Lohfelden video on YouTube. "We should stand together and not be silenced any longer. The big bang will come," one comment read.  Newer ones allude darkly to the murder: "That's been dealt with."

There's no doubt that going viral turned the governor into a figure the far-right obsessed over. "That's a problem that we need to address," said Hartleb.

"Now we see politicians get death threats because of coronavirus prevention measures. The debate about how we carry on as an argumentative democracy is a long way from being resolved," he said.
"In fact, it's only just started."