The Fürst zu Hohenlohe-Oehringen Winery in Baden-Württemberg, whose wines have graced the tables of German princes and royalty for 750 years, is the country's oldest family-owned and operated business. 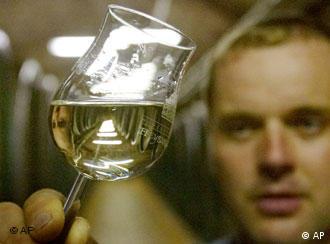 The stairs to the cellar wind down over nine meters (29 feet) into a kind of primordial cave. At the foot of the stairs a barrel the size of a stagecoach is adorned with carvings of grapes as well as two lions holding a shield bearing the royal family crest of Hohenlohe-Oehringen.

In 1253, the royal family was granted a vineyard which today ranks as Germany's oldest family-run businesses. The vineyard is currently headed by Kraft Constantin zu Hohenlohe-Oehringen, who is himself the 27th generation in a long line of Hohenlohe-Oehringen vintners. 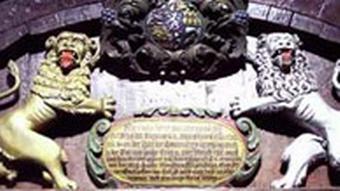 In spite of all the tradition surrounding the winery, methods have changed quite a bit over the years. "I wouldn't want to drink the wine from 750 years ago," said Kraft Constantin. "One can pass on quite a bit of knowledge from generation to generation, but what's much more important is that one learns what can be improved upon."

In 1838, the Hohenlohe family moved to Silesia, in present-day Poland, where they ran the business from afar; after World War II the Hohenlohe-Oehringens returned to Öhringer Castle and the great family wine cellar.

In the early 1970s the once-esteemed vineyards were in a state of disrepair and made "fair to bad wine" according to Kraft Constantin. About this time his father teamed up with vintner Siegfried Röll to rebuild the business and invest in new equipment. 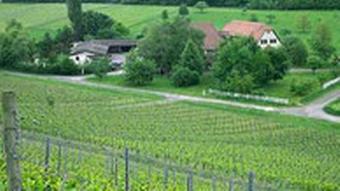 After almost 30 years Röll still works at the vineyard where he planted over 13 different types of grapes over 58 acres, 53 percent of which are Riesling.

Riesling wine sells particularly well abroad and composes a large portion of German wine exports. Considered to be 'typical German wine,' the annual turnover for Riesling alone tops 430 million euros ($473 million). "We have a latitude that allows the grapes to ripen to a fruity, yet sour condition that they can't reach in warmer countries" said Siegfried Röll. "Therefore, our Riesling is a true German, Württemberg and Hohenloher specialty."

The winery exports mainly to Britain, Belgium and the Netherlands. Even though German white wine is held in high regard around the world, in their own country German wine makers have a difficult time turning a profit.

Every second bottle of wine sold in Germany is sold in discount grocery stores such as Aldi or Lidl. Only every third bottle costs more then two euros. Hohenlohe wine however, costs on average 7.50 euros. Röll justifies the above-average price by pointing out that the vines grow on steep mountain slops that can't be harvested by machine. "It's handwork -- a lot of handwork and a lot of care and that comes at a price."

Relatively few Germans are willing to dig deep into their pockets to pay a premium price for a premium wine that goes for two or even 10 times what is sold in discount stores. For the high price you get a better wine, explained Röll. "A good wine is like a good person," he said. "The wine has to show where it comes from, where it grew, what region it belongs to. It can have rough edges but it can't be artificially arranged -- it has to taste good."

Two hundred thousand bottles of wine are produced annually at Fürst zu Hohenlohe-Oehringen, more then half of which go to private customers and connoisseurs who want to know exactly where their wine comes from. Thus, the winery holds over 200 press viewings, exhibitions and wine tastings each year to court this sophisticated crowd. "These are rather 'wine crazy' people," said Kraft Constantin. "They drink a bottle every day, they read newspapers, eat well and also drink wine. These are 'wine culture' people."

This culture blends well with the family's 750 year tradition -- a tradition that Kraft Constantin doesn't take for granted. "It could go for another 750 years if we stay financially secure. Thus we have to go with the times and deliver both the amount of wine and quality that people expect from us."

Though Hohenlohe heir doesn't have any children, the family dynasty doesn't seem in any great danger. "My sister already has three sons, which should be enough to keep the heritage going," he said.

Contrary to popular cliche, beer in Germany doesn't come out of the kitchen faucet. In fact, it's going into fewer glasses these days. Germans are drinking less of the sudsy stuff and brewers are getting alarmed. (Apr. 23, 2005)

Where Now for German Wine?

As German vintners announce an above average 2002 harvest, the German wine lobby is working to improve the beverage's image abroad. (Nov. 1, 2002)