A family, including two children, has died after Israel launched a missile attack against targets in central Syria. A report from a watchdog claims the victims were killed by Syria's own air defense. 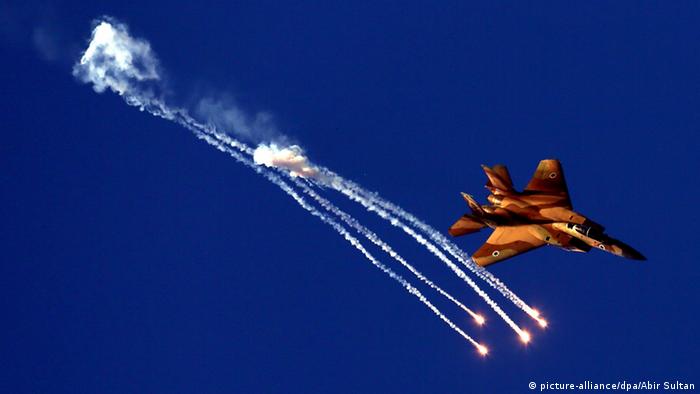 A family of four was killed in central Syria on Friday during a missile strike launched by Israeli warplanes. Four other people, including two children, were wounded in the attack.

Israel launched the early morning strikefrom  Lebanese air space, according to the Britain-based watchdog, the Syrian Observatory for Human Rights.

It destroyed five Syrian military sites in an area of Hama where Iran-backed fighters are present.

Israel routinely carries out such raids against mostly Iran-backed militias.

Israel said it wants to stop Iran from consolidating a foothold on its northern border.

How did the family die?

SANA added a family, including a father, mother and two children, were killed and three houses were destroyed.

But the observatory said civilians were killed by "debris from one of the Syrian anti-aircraft defense missiles that fell on a house in a densely populated neighborhood."

How often does Israel attack Syria?

The Israeli army rarely acknowledges attacks, but it did say it hit about 50 targets in the war-torn country in 2020, without providing details.

The Syrian Observatory said it recorded 39 Israeli strikes inside Syria in 2020 that hit 135 targets, including military posts, warehouses or vehicles.