Subversive diplomacy: Israeli singer and actress Liraz Charhi has recorded her latest album in a secret collaboration with Iranian artists. 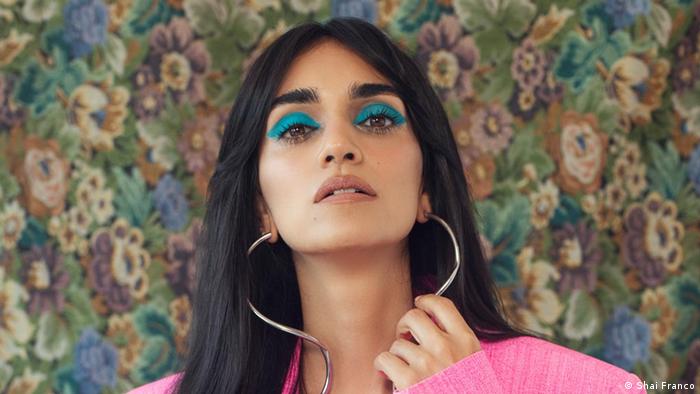 Officially there's supposed to be no contact between Iranians and Israelis, but Liraz Charhi took a risk and carried out an extraordinary act of subversive diplomacy.

Charhi's parents are Sephardic Jews from Iran who emigrated to Israel when they were teenagers.

The singer and actress born in 1978 has always kept a connection to her Persian roots, but most of her previous recordings have been in Hebrew. This album, Zan (Women), is her second one in Persian.

Via Youtube she has grown a following inside Iran. She was inspired to see her Iranian fans uploading videos of themselves dancing to her songs — in Iran, public dancing by women is forbidden.

While living in Los Angeles to pursue her acting career, she connected and bonded with the Iranian community there. On her return to Israel she took a suitcase full of pre-revolution Iranian pop music, which became the musical inspiration for her latest album.

Charhi told DW that actually making the album was an emotional experience: "Emotionally it was pretty challenging because both Israel and Iran are very complex countries… but we do love each other very, very much," she said.

The album was challenging to make technically, as different parts were recorded secretly in Iran and the files sent to Israel. There, Charhi assembled and mixed the final work. But it was also dangerous for the Iranian artists who participated, and they had to be credited under assumed names to avoid repercussions from Tehran's intelligence and security networks. 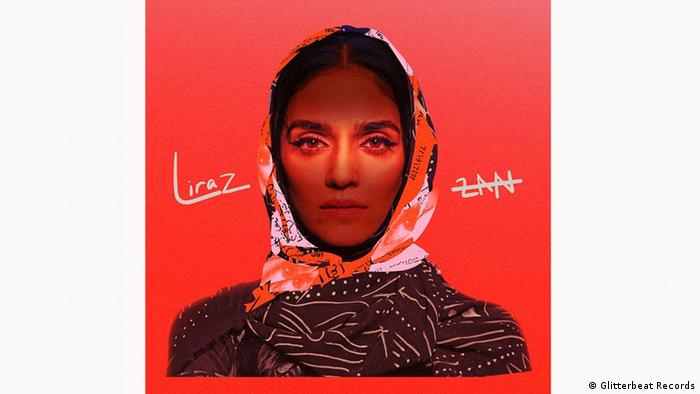 The cover of Charhi's album 'Zan'

"It's very difficult for us to understand that we cannot speak freely or we cannot create an album freely. And we did it, in a very naive way, but there was a very challenging point that we got lots of bad messages telling us that we're doing something wrong, and we should not do what we're doing," she said. "I was really afraid for the lives of the people from Iran that I have been working with."

A Mossad spy in Tehran

While Charhi's Iranian fans have responded ecstatically to the album, her family and her Israeli fans took a little while to warm to the idea. But, she says, that once they listened to the music and came to the shows, the inhibitions fell away.

"At first it was strange to them, but immediately they came to my shows and danced with their Iranian moves, and it was very natural for the fans here in Israel and they love Persian music," she said.

Under the current political situation, Liraz Charhi will never be able to openly travel to Iran and perform for her fans. Ironically her most recent television role is in the Israeli spy series Tehran, as a Mossad agent who has to be dropped into Tehran undercover.

Iranian artist collective on show for first time in Germany

Political and social conflicts are the focus of the trio Ramin Haer­izadeh, Rokni Haer­izadeh and Hesam Rahmanian, whose exhibition opens in Frankfurt.

The Eurovision Song Contest will be hosted for the third time in Israel this May. But as international artists call to boycott the event, 2018 contest winner Netta Barzilai says Eurovision is about participation.

Israel-Iran conflict to be major Middle East issue in 2020

An Israeli court ordered two New Zealanders to pay a fine of over €10,000 for having spurred Lorde to cancel a Tel Aviv concert. The duo said they would fundraise instead of paying — and they've already raised thousands.

Israel's Meteor Festival aimed for a Woodstock-like ambiance with global indie groups, but many acts canceled this weekend as part of a boycott. Other artists have called for a global boycott of next year's Eurovision.

People flooded Tehran's Freedom Square as they celebrated the 40th anniversary of the 1979 ousting of the monarchy. Anti-US sentiment was on show with some demonstrators chanting "death to America" and burning US flags.

In a show of unity, the leaders of the UAE's various sheikhdoms have chosen a new president. The rapid decision for the half-brother of the recently deceased president came as little surprise.

An Iranian military chief said that the military exercises were a response to "massive but pointless threats" from Israel. The British government sharply condemned the missile launches.

The Israeli news site is back to normal functioning after being hacked with a pro-Iran image. The incident comes as Iran prepares to mark two years since the killing of Qassem Soleimani.