On a warm and sunny afternoon in Neukölln, a family with kids started verbally abusing a gay man before they attacked. He was only saved when a good Samaritan stepped in to help. 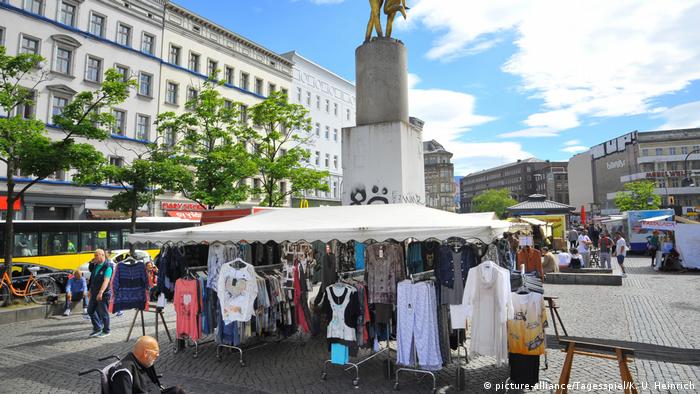 Homophobic crimes in Germany up 20 percent

German government says 205 crimes relating to "sexual orientation" were reported in the first nine months of the year.

Media outlets' Facebook pages are often dominated by haters, but the German group #ichbinhier is talking back. It now has tens of thousands of members who are helping restore civility to social media. (09.04.2017)

A Berlin Ikea blocking the website for an LGBT advocacy group was just the tip of the iceberg. This is symptomatic of a government unconcerned with gay rights, a prominent activist told DW. (10.11.2016)

A gay man was attacked in Berlin by a family with children, police announced Saturday. It was the latest in a string of homophobic assaults in the city.

The 35-year-old man was walking through the southeastern neighborhood of Neukölln on Friday afternoon when a group of men, women and children started verbally abusing him.

The men then started punching and kicking him before a female passerby intervened. The good Samaritan helped him seek shelter and call police. The victim was then taken to hospital.

Police said they were investigating and had not yet found the family, but gave no description of them.

The man told police the group were abusing him in Hermannplatz for his sexuality and for a cross worn on his neck. He told police it was clear they were a family.

The beating was the latest in a series of attacks on gay men in Berlin. Berlin police have reported nine homophobic crimes so far this month, gay news outlet Queer.de reported on Saturday.

Last week a 19-year-old gay man was beaten up by a group in Alexanderplatz. Police later arrested a 17-year-old and an 18-year-old for the attack.

Earlier this month, a 34-year-old gay Italian man was stabbed to death in Volkspark Friedrichshain, a well-known gay cruising area.

Just one day prior to the killing, a group of men were attacked in the gay district of Schöneberg after being homophobically abused, police said.

In December, three young gay men were assaulted on the U8 metro line by a group of four men, who asked why they were gay. A 17-year-old was later arrested.

In June, a 28-year-old man was attacked by a group of five people in Mitte after they demanded to know whether he was gay.

Berlin police regularly report on the possible homophobic motives of crimes, unlike many other cities in Germany.