Astrologist and healer Dzhuna, who reportedly treated top Russian politicians and celebrities, has passed away in Moscow. Soviet leader Brezhnev and director Fellini were among her patients, Russian media claim. 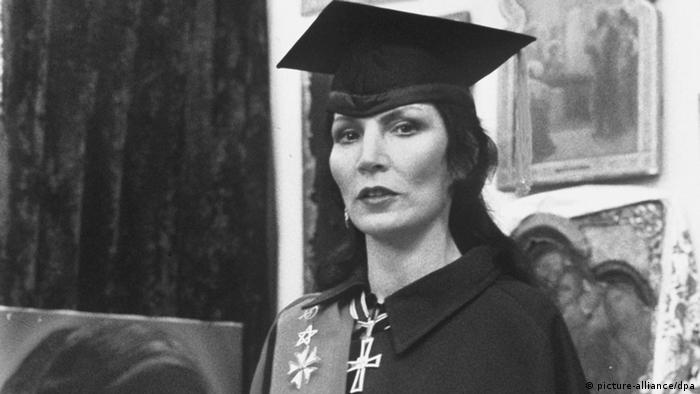 The self-proclaimed psychic healer, whose real name was Yevgenia Davitashvili, died in Moscow on Monday morning, after slipping into a coma caused by circulation problems.

According to several Russian news outlets, Dzhuna had treated top Soviet leader Leonid Brezhnev, who died in 1992, as well as the famous directors Andrei Tarkovsky and Federico Fellini. Hollywood star Robert de Niro is also reported to be among her clients, according to Komsomolskaya Pravda newspaper.

She also gave consultations to Soviet Foreign Minister Eduard Shevardnadze, her ex-husband Igor Matviyenko told the AFP news agency. Matviyenko called Davitashvili "the secret healer of the Kremlin," likening her to a "female version of Rasputin in the 1980s."

"Almost all the Politburo came to our wedding in central Moscow," Matviyenko said.

Russian lawmaker Oleg Finko called the astrologist "extraordinary," saying that he, too, used her services:

"She was an honest person. If she couldn't help, she would not take the case, but she was able to fight a lot of diseases," the leftist MP said Monday.

The mystic, born into a small ethnic group of Assyrian Christians, claimed to have foreseen the Chernobyl disaster and the end of the Soviet era.

Dzhuna only became a household name in the years following the breakup of the Soviet Union, and was awarded Order of Friendship of Peoples by then-president Yeltsin in 1994.

In her numerous media appearances, Davitashvili often called herself "the Assyrian princess." A TV show based on her life was produced earlier in 2015.

West would not "dare" touch Russia

After her son died in a car crash in 2001, Dzhuna started avoiding the public eye. She never recovered, "her energy had left her and she could no longer heal" her friend, Russian actor Stanislav Sadalsky wrote on his blog Monday.

However, Dzhuna did predict that "nothing will happen to Russia" over the current confrontation with the West.

EU parliamentarian Werner Schulz calls for a tough response to Russia’s actions in Ukraine. He says the EU could put economic pressure on Russia, which is already feeling the economic consequences of the invasion. (04.03.2014)