The social network has plans to help unlock its users' hearts and help them find long-term relationships, "not just hookups." CEO Mark Zuckerberg said the optional dating feature was built around privacy concerns. 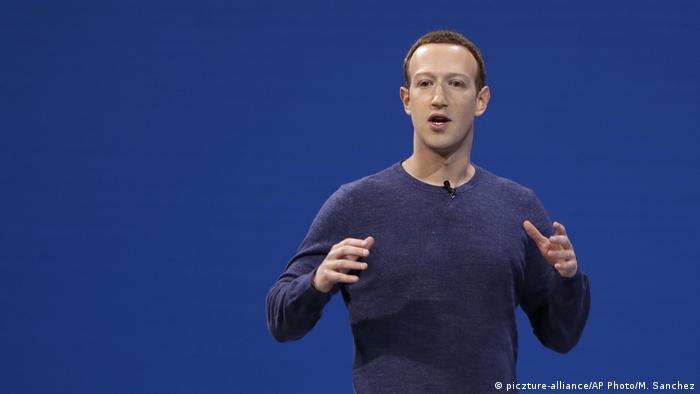 Facebook CEO Mark Zuckerberg announced Tuesday that the social network will play the role of online matchmaker by offering its users a dating service.

Zuckerberg presented the news at Facebook's annual F8 developer conference in San Jose, California. He said the dating service would be a natural fit for the company whose stated mission is to bring the world closer together, but which has recently been engulfed by data privacy scandals.

"There are 200 million people on Facebook that list themselves as single, so clearly there's something to do here," Zuckerberg said, referring to the relationship status information that users can voluntarily provide in their Facebook account.

The CEO added that the optional dating feature will be aimed at "building real, long-term relationships, not just hookups."

Chris Cox, Facebook's chief product officer, said in a separate presentation that the social network had been mulling a dating feature for over a decade, but only seriously began considering it in 2016,when Zuckerberg posted a photo on his Facebook page of a couple who had met through the network.

Screenshots at the F8 conference showed a heart-shaped icon at the top-right corner of the Facebook app. The icon will link to a user's dating profile, if they have set one up.

The feature will recommend potential matches based on dating preferences, common interests and mutual friends. It will also allow a user to browse event attendees and send them messages.

Zuckerberg said the dating service is being designed with privacy in mind, so friends will not be able to see one another's dating profiles. Facebook has recently weathered a firestorm over its privacy policy. The company is accused of having allowed a massive breach of the personal data of millions of users.

However, the company seems to have weathered the critical firestorm in the short-term. It recently announced a significant revenue boost for the first quarter of 2018.

The dating service was not the only innovation to be announced Tuesday at the California conference. Facebook also said they would also introduce a feature that will allow users to see and delete their Facebook browsing history, as well as an instant language translation service for its Messenger app.

Why do Indian expats in Europe still seek an arranged marriage? 10.07.2022

Arranged marriages have been the norm in India for centuries. Now online dating sites, the 'marriage market' and changing social norms have seen matchmaking services evolve — especially for Indian expats in Europe.