The move follows a damning series in The Wall Street Journal about the effects of the app on teens' mental health. But the tech giant insists it still "stands by" the project. 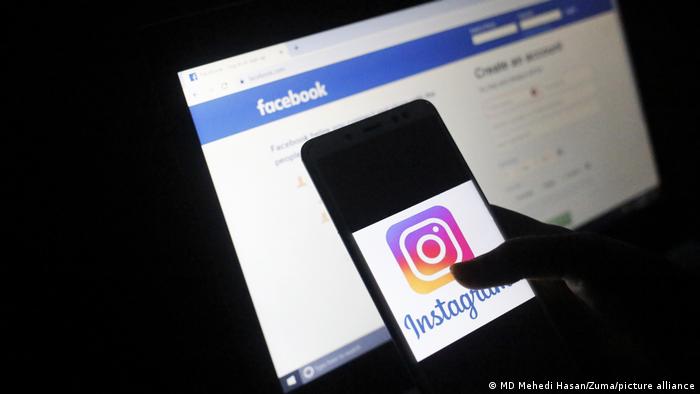 The head of photo-sharing app Instagram announced Monday that plans to develop a version of the app for children under 13 have been shelved for the time being.

The decision to suspend development of the kid-friendly version of Instagram comes amid widespread criticism.

The Wall Street Journal recently ran a series of articles on how parent company Facebook's own research showed the Instagram app had a deleterious effect on the mental health of teenage girls.

Facebook stands by the plan to develop the app but recognizes the need to respond to criticism and concerns over access and consent.

The company has pushed back against The Wall Street Journal reports, arguing their research shows positive and negative effects of Instagram use on teenage girls, not just negative consequences as the article suggested.

In a series of Twitter messages, Instagram chief Adam Mosseri wrote the project was "to address an important problem seen across our industry: kids are getting phones younger and younger, misrepresenting their age, and downloading apps that are meant for those 13 or older."

Mosseri said that while the company stood by its plans to develop a kid-friendly version of the app, pausing the rollout gives "time to work with parents, experts, policymakers and regulators, to listen to their concerns, and to demonstrate the value and importance of this project for younger teens online today."

He noted other apps such as TikTok and YouTube already have products for the 10 to 12-year-old age group that Instagram's kid-version was targeting, not younger.

What has been the pushback against Instagram's kids-version?

The plan leaked earlier this year and the response was swift and overwhelmingly fiercely opposed.

In May, a group of US Senators wrote to Facebook CEO Mark Zuckerberg about the plan.

They cited cyberbullying and the dangers of online predators. The senators also called out the company's "clear record of failing to protect children on its platforms."

The Campaign for a Commercial Free Childhood has lambasted Instagram's "relentless focus on appearance," adding, "younger children are even less developmentally equipped to deal with these challenges" than teenagers.