F1: Sebastian Vettel to leave Ferrari after the season 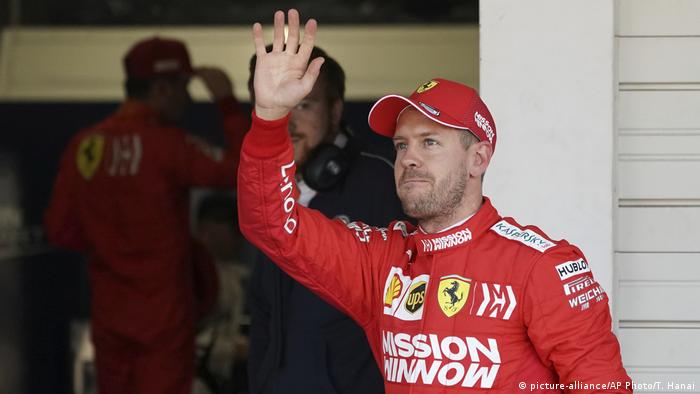 Four-time Formula One champion Sebastian Vettel is set to leave Ferrari after the 2020 season after the Italian outfit confirmed on Tuesday that his contract will not be renewed for another season.

"The team and I have realized that there is no longer a common desire to stay together beyond the end of this season," Vettel said as part of a statement from Scuderia Ferrari.

Read more: Who could challenge Lewis Hamilton in 2020?

"Financial matters have played no part in this joint decision. That’s not the way I think when it comes to making certain choices and it never will be."

German tabloid Bild and Auto Motor und Sport magazine both reported that the 32-year-old had rejected terms of a new deal offered by the Italian team. The German driver is out of contract at the end of 2020.

Ferrari had reportedly offered Vettel a one-year contract extension with a salary reduction, according to Italian newspaper Gazetta dello Sport.

Vettel joined Ferrari in 2015 after winning four straight driver's championships with Red Bull from 2010 to 2013. The German served as the Italian outfit's lead driver for four seasons but was outperformed last year by 22-year-old Frenchman Charles Leclerc.

Leclerc has a contract until 2024 and is seen as a likely candidate to give Ferrari their first driver's champion since Kimi Raikkonen in 2007.

Australian driver Daniel Ricciardo of Renault and McLaren's Spanish driver Carlos Sainz have been linked with Ferrari. Both drivers are also out of contract at the end of 2020.

Ferrari has finished runner-up to Mercedes in the constructors standings each of the past three seasons. The Italian outfit also appeared to be behind their German competitors in preseason testing before the first 10 races of the 2020 season were either postponed or canceled due to the coronavirus pandemic.

With a new F1 season set to begin, the series is deeply divided. Seven Ferrari rivals have threatened legal action to force the FIA to publish details of a probe into the Italian team's engine last season. (06.03.2020)

The absence of real sport has seen the digital arena suddenly pose an interesting alternative to fans missing sport. What does the arrival of this virtual world of sport mean? (22.03.2020)

Formula 1’s Rosberg talks to DW about the corona crisis