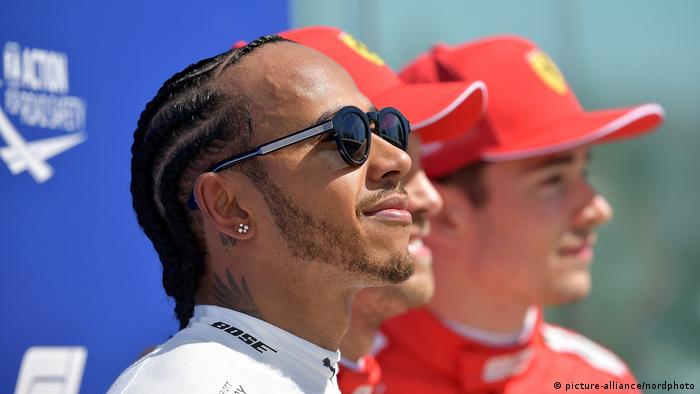 If 2018 was a frustrating season for Sebastian Vettel, 2019 must have felt even worse. Last year, what stopped Vettel from winning his first drivers' title for Ferrari were tactical mistakes by his team, along with quite a few of his own. This year, in addition to the mistakes he had to contend with the up-and-coming Charles Leclerc, who challenged his status as Ferrari's No. 1 driver.

In fact, Vettel's name is no longer the first that comes to mind when speculating on who could be the biggest threat whenLewis Hamilton seeks to defend his title next season. Youngsters Leclerc and Max Verstappen of Red Bull are already on a par with Vettel - if they haven't already overtaken the German.

Verstappen won three Grand Prix races this past season and Leclerc reached the top of the podium twice. Vettel was "only" able to add the Singapore GP to his list of career races won. Although the German finished above his Monegasque teammate 11 times (!) in this season's 21 races, Leclerc put his older teammate under considerable pressure, especially in the second half of the season. He also vehemently demanded via the pit radio - in Sochi for example, that he be allowed to pass his teammate. In that race, Vettel overtook Leclerc at the start, but then refused to let him pass him later -  contrary to the team's previously agreed tactics.

The low point of the rivalry between the two Ferrari drivers this past season was their crash in Sao Paulo, when neither was prepared to make way for the other and both were knocked out -  with each blaming the other for their predicament. The long smoldering conflict between them has become more public than ever before, and will likely continue to do so in the coming season because neither of them will be prepared to lower their own ambitions. Ferrari could ameliorate the problem by declaring a clear No. 1, but the Scuderia's management don't seem to want to do so. Demoting a four-time drivers' champion could be just as damaging as holding back the circuit's most talented young pilot.

Vettel's contract expires at the end of 2020, and whether it will be extended is questionable. This means that 2020 could well be his last chance to fulfill his childhood dream of winning a drivers' title with the "Reds." So will the team back him in the last year of his contract, and then elevate Leclerc in 2021? 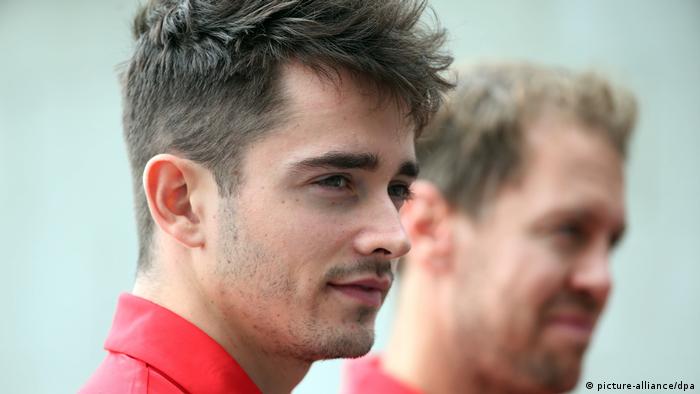 Could Charles Leclerc be ready to push Sebastian Vettel into second place in the Ferrari pecking oder?

"We know how to proceed," Ferrari team boss Mattia Binotto said in a video posted by the team ahead of the final race of the season. He described Vettel and Leclerc as "good teammates" and spoke of a "great mix." He also described the personal relationship between the 32-year-old and the 22-year-old as excellent.

"They have fun together because they have a good and harmonious relationship," Binotto affirmed. "You might think they are in conflict on the track, but that's not the case."

But as much as Binotto tries to talk up this non-existent harmony, it shouldn't be long into the 2020 season before F1 fans will be hearing one complaining about the other via the pit radio.

Besides Hamilton, another driver who is the undisputed No. 1 on his team could also profit from Ferrari's internal strife: Red Bull driver Max Verstappen has the driving skills to challenge Hamilton, the ambition to make it to the top and now he also has the necessary technology. 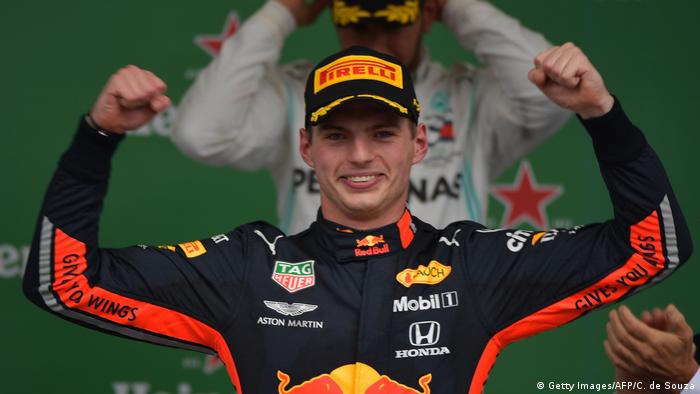 "I think we have a car that can win the title," the 22-year-old Dutchman said in an interview with motorsport-total.com. "That's the plan for next year. We want to fight for the title."

"Honda has made great strides forward and it's great that another manufacturer is so strong," the Brit said. "Hopefully next year we'll get a real three- or even four-way race in Formula 1."

Should this come to pass, the entire racing series would only stand to benefit after years of Mercedes dominance.

Not past his sell-by date?

It remains to be seen whether Sebastian Vettel will also be able to challenge Hamilton - or even get ahead of him. The 32-year-old German doesn't feel like he's past his Formula 1 sell-by date.

"If you're good enough, you're still young enough," Vettel said.

And despite the fact that he has failed to win a title in his five years at Ferrari, he still puts a positive spin on things, saying he personally has learned a lot and the team has matured.

"I just hope that it won't be another five years before we can reap (the fruits of our labor)," he said.

The question is whether it will be Sebastian Vettel who will reap those fruits for Ferrari - or somebody else.