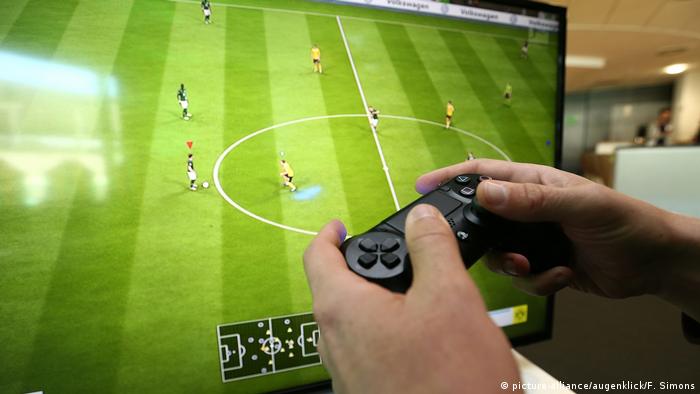 Of all the things we must do without as the world attempts to battle the coronavirus, sport is by far and away the least important. Now is the time for social distancing, to focus on helping those who need it and to support our medical staff, wherever we are.

Nevertheless, for many sports fans, the arrival of a weekend now feels like it is missing something. But, in the void that is left behind, the virtual world of sport is quietly seeping into the mainstream.

As March comes to an end, the marketing and social media departments of sports teams around the world have tried to find ways of providing content for their fans in the absence of real sport.

Some have turned to re-runs of classic matches, others have created new games - the ever-innovative Bayer Leverkusen sparked a viral round of tic-tac-toe between clubs on Twitter. Others turned to the virtual world of sport to fill the gap.

Spain’s first division sides created a FIFA video game tournament, with real club players involved. Commentary was provided by some of Spain’s most famous broadcasters and the proceeds of the tournament will be donated to help medical staff. 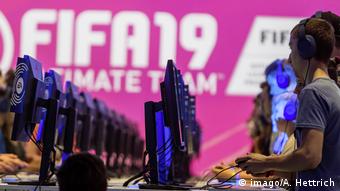 In the absence of the real game, Leeds United, a second-division side in England, live streamed a FIFA 20 simulation of their planned fixture against Luton Town on Twitter.

Fourth-division English team Leyton Orient simulated a real-life fixture postponed by the coronavirus using Football Manager and shared the results on social media. Later on, the club launched a 128-team FIFA tournament with teams from around the world.

It’s not just football either. With the start to the new season now delayed by the coronavirus, Formula One ran a series of virtual Grands Prix on the days the real races were due to be held, with current F1 drivers involved. Professional esports League of Legends players are still taking part in their European Championship tournament – but remotely.

The vacuum left by real-life sport has opened the door for new kinds of creativity, as well as creating more awareness of esports in the digital world.

Often derided as a childish distraction, video games have exploded over the past decade into a billion-dollar industry with professional gamers and live events around the world which draw thousands of viewers. By next year, Forbes expects the popular soccer video game FIFA to bring in more than $3 billion annually for gaming company Electronic Arts. 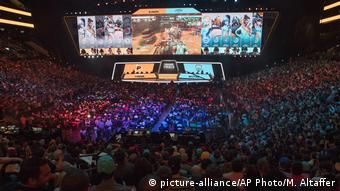 Two worlds closer than ever

But this isn’t about how far esports have come - that much has long been clear by the millions of people who play video games around the world. This is about recognizing, in the absence of physical sport, just how close the lines between the real and virtual worlds of sport are.

Game Transfer Phenomena (GTP) has been a subject of debate for a while, and one often sensationalized to overstate the negative influence of video games on people’s real lives. GTP is a psychological state that occurs when players integrate elements of video game playing into real life by way of thoughts, sensations, and actions.

Given how popular playing sport in the virtual world is, how realistic the graphics are and how much games like FIFA have impacted social interaction and language, it’s hardly surprising that, for some, greater focus on the virtual world might further blur the lines between our perception of the human beings on the pitch and the figures we control on our television screens.

But focusing solely on that danger is to miss the many positives that sports’ attempts to lean on the digital world during the coronavirus crisis can bring.

Online gaming allows people to maintain social connections, which is more important than ever during a period of advised social distancing. Furthermore, for people with social anxiety and depression, studies have shown that certain video games played in moderation can sometimes provide comfort. 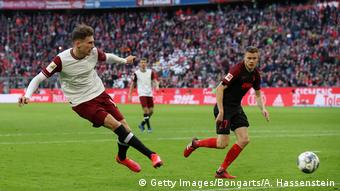 Real sport and virtual sport are closer than ever before

Esports have long been a point of contention in the sports world, with many debating whether it can even be considered a sport. It’s too early to say whether the current crisis could end up being a quietly defining moment for the virtual world of sport.

However, in the absence of real sport, and as many people find themselves isolated by necessity, more people will likely see more sporting simulation than ever before.
As long as this alternative is digital moderation rather than yet another form of digital addiction, the virtual world of sport can be an oasis of joy in these strange and isolating times.