Lewis Hamilton is once again atop the driver's standings after cruising to victory in France. Sebastian Vettel finished fifth after colliding with Valtteri Bottas at the start of the race. 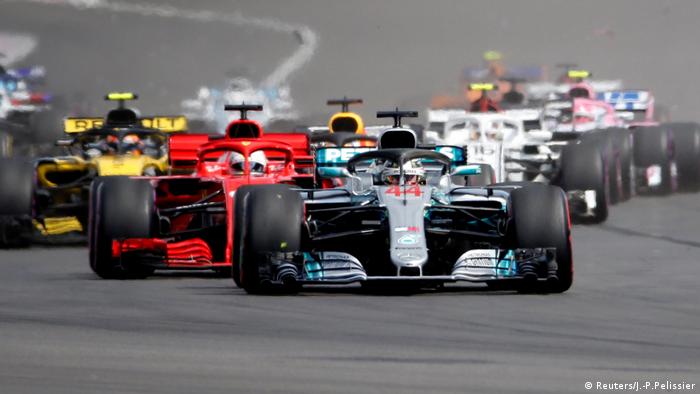 The victory placed Hamilton back atop the drivers standings on 151 points, five points ahead of Ferrari's Sebastian Vettel.

Vettel finished the race fifth after picking up a five-second penalty for colliding with Hamiton's Mercedes teammate, Valtteri Bottas, on the opening lap. The Ferrari driver recovered well after the incident, climbing to as high as fourth, but couldn't manage to return to the podium.

The race was the first French Grand Prix in a decade and the first at the Circuit Paul Ricard in Le Castellet, a city on Fracne's southern coast between Marseille and Toulon, in nearly 30 years.

To commemorate Saudi Arabia lifting a ban on females driving, Aseel al-Hamad, a Saudi woman, drove a car one lap around the track.

Al-Hamad drove a race-winning 2012 Lotus Renault E20, which Raikkonen, then with Renault, drove to victory in Abu Dhabi in November 2012.

"I believe today is not just celebrating a new era of women starting to drive, it's also the birth of women in motorsport in Saudi Arabia," she told Reuters news agency. "I never even imagined it in my dreams. So the opportunity was amazing."