Exposing the secrets of unaccountable power

British journalist and WikiLeaks editor Sarah Harrison, who helped NSA whistleblower Edward Snowden get to safety on his flight from Hong Kong to Moscow, discusses the "Battle against unaccountable power." 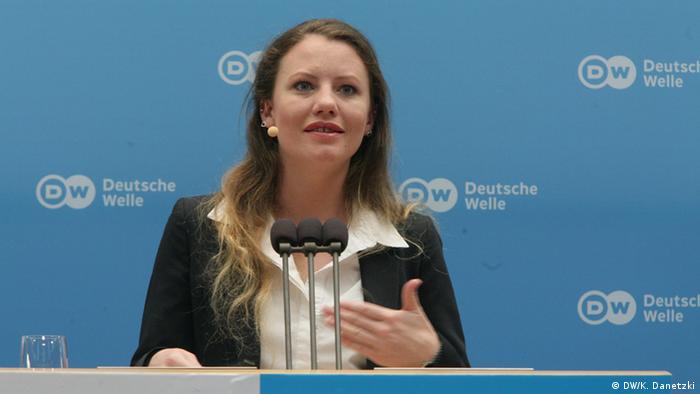 According to WikiLeaks journalist Sarah Harrison, the U.S., with the help of its partners and allies, has constructed "a huge global intelligence, diplomatic and military net that tries to see all, know all, govern all, decide all. It reaches all, and yet it is acting without impunity. This is the greatest unaccountable power of today – the United States and our Western democracies." Speaking at the Deutsche Welle Global Media Forum in Bonn, Germany, Harrison says that over the past few years, WikiLeaks has done a lot of work "to expose this system," and that one of "the things that scares this unaccountable power the most is the amount of source documents that we do produce."

According to Harrison, U.S. politicians, backed by mainstream media, have gone to great lengths to demonize WikiLeaks for publishing source documents, such as secret information provided by Edward Snowden about the U.S. National Security Agency's global surveillance program. Harrison defended WikiLeaks' methods, saying, "The information that we released has helped stop wars. It has enabled people to have court cases, helped start a revolution."

She urged people to question the political rhetoric used against journalists. Addressing the conference participants, including journalists from around the world, Harrison said, "We have to just question the words and actions taken by power, just for exposing the truth. If we don't, we’re just allowing the perpetuation of this unaccountable power. And all journalists must do this."

Sarah Harrison said no media organization should allow power to go unchecked. "If you're really speaking truth to power, and speaking it loudly, it will bite back. That's when you know you have really exposed the secrets that they wanted to keep hidden."