A major oil pipeline in Libya has been bombed by unknown militants. Oil flows have been reduced by as much as 100,000 bpd. 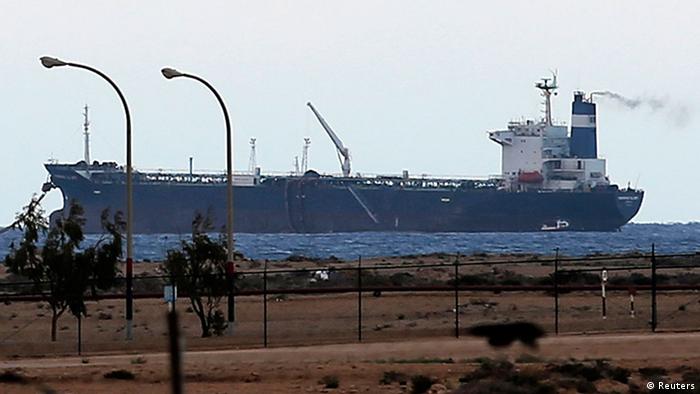 The pipeline feeds into the central distribution station of Es Sider port on the Mediterranean Sea.

The state-run National Oil Corporation said in a statement that oil flow had been reduced by about 70,000-100,000 bpd.

It was unclear who carried out the attack.

"Islamic State" militants had been in the area before government forces defeated them in their Siirte stronghold last year.

Libya is rife with rival militias and armed groups, some in competition with the internationally backed government.

Oil was trading at more than $65 (€55) a barrel after the incident, close to its highest price since mid-2015. Voluntary OPEC-led supply cuts also impacted the price.

The pipeline is operated by Waha, a subsidiary of the National Oil Corporation (NOC) and a joint venture with Hess Corp, Marathon Oil Corp and ConocoPhillips.

Libya produces about 1 million barrels of per day, but production is often cut due to sabotage, politics and instability.

War in Iraq, abductions in Nigeria, armed attacks in Somalia - DW takes a look at eight radical terrorist groups like IS, Boko Haram and Al-Shabab wreaking havoc in North Africa and the Middle East. (26.06.2014)