Vegetables that grow in tower gardens, insect burgers or meat from a test tube: Some groundbreaking ideas were actually developed long ago. An exhibition in Dresden looks into "future foods." 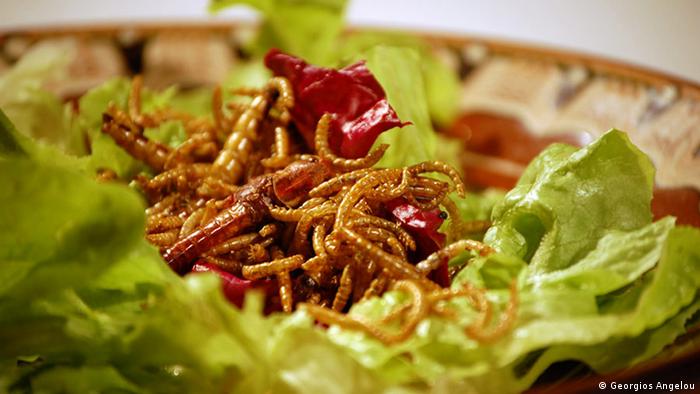 In past centuries, many people were happy if they had enough food on their plates. They hunted animals and cultivated regional products in the fields. Today, you can find Japanese sushi next to Australian beef and avocados from Peru on supermarket shelves. Never before has the choice been so great, thanks to globalization.

In the 18th century, Jean Anthelme Brillat-Savarin, a French founder of the gastronomic essay genre, came up with the famous aphorism: "Tell me what you eat and I will tell you what you are."

Food as a lifestyle

Every culture and every generation has a different understanding of what good food means. Twenty years ago, meat was an almost indispensable part of every German meal and a sign of prosperity.

Today, more and more people eat no meat at all in protest against industrial farming or for health reasons. Office canteens in Germany have developed their offer beyond the currywurst sausage. Discount supermarkets sell organic muesli and almond milk. At a packed restaurant table, it's rare not to have at least one guest who is vegetarian or vegan or needs gluten or lactose-free food.

Eating habits have become an expression of individual lifestyles, at least in wealthy industrial nations. But can and will this remain the case? 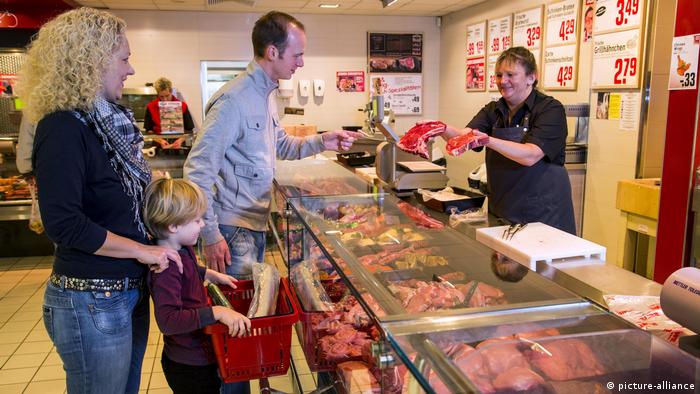 The number of vegetarians is growing in Germany, but meat remains extremely popular in the country

Consumption is a global responsibility

The Earth is currently populated by 7 billion people, 900 million of whom are starving. According to United Nations estimates, the planet's population will reach about 10 billion people in 2050. To feed them all, agricultural yields would have to be increased by at least 50%.

But usable arable land is scarce, and climate change is adding to the problem. In particular in the poorer regions of the world, droughts and plagues of locusts are causing increasingly dramatic crop failures.

The UN has long called for more global responsibility on the part of the rich industrial nations because consumption there has an impact on the rest of the world.

Global meat production, for instance, has more than tripled in the last 50 years. The UN Food and Agriculture Organization estimates it will grow by another 85% by 2050. But excessive meat consumption is not only harmful to health, it is bad for the climate. According to the Federal Environment Agency, one kilo of beef causes between seven and 28 kilos of greenhouse gas emissions, while fruit or vegetables cause less than one kilo.

While vegetarians often rely on tofu products made from soy, they're not the ones to blame for the fact that rainforests in regions such as the Amazon are cut down to cultivate the the crop — with devastating consequences for the environment. The world's soybeans are actually predominantly used to feed global livestock.

Not only biologists and nutritionists are aware that something urgently needs to be done about eating habits — many consumers are also rethinking their eating habits. Regional organic products are en vogue.

For decades, researchers have been working to secure food supplies for humanity in the long term. They are trying to develop seeds that can withstand climatic change and pests. Vertical farming, where plants do not grow next to each other, but in a tower on top of each other, was developed to compensate for the lack of cultivable land.

In order to counteract intensive animal farming and the poor CO2 balance that goes along with it, biotechnology companies are developing meat products from the test tube. However, the lab-grown meat from stem cells is not likely to be very popular with critics of genetic engineering.

Insects are used as an alternative to meat. Today, the bugs long eaten in Asia and Africa can be found in some German supermarkets. They are easy to breed and produce almost no greenhouse gases. In addition, according to food technologists, mealworms, grasshoppers, caterpillars etc. have many healthy proteins, and are available in a wide variety of flavors.

Astronaut food, enriched with all important nutrients and supplied in powder form as shakes or as a paste from a tube, is another option. but what will really land on our plates in the future is anyone's guess. 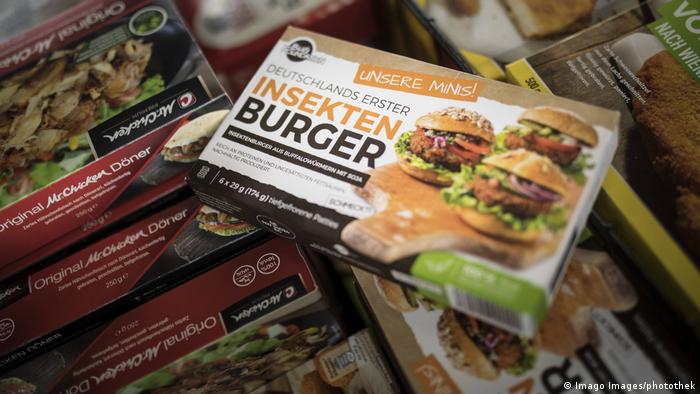 An overview of the exciting history of nutrition, including a peek at the future, is showcased in the exhibition "Future Food: What will we eat tomorrow?" at the German Hygiene Museum Dresden.

In Jean Anthelme Brillat-Savarin's words, "The fate of the nation depends on the way it eats." That's certainly true for the whole world.

For more videos on culinary trends, check out the DW Food YouTube channel.

Cooking to stave off lockdown fatigue: Recipes from high-profile chefs

Cooking is a great way to beat the lockdown blues but can add a few pounds to your waist. Who cares since no one's hitting the pool in a bathing suit right now anyway? Posters in Berlin offer some culinary inspiration. (19.05.2020)

Working from home and closed restaurants have changed some people's cooking and eating habits — especially when it comes to meat. Could this have a lasting impact on food production and consumption? (29.05.2020)

Foragers find a taste of nature amid London coronavirus lockdown

Escaping COVID-19 lockdown for their daily walk, urban foragers are connecting to nature via their taste buds. Understanding of what plants are edible is growing alongside an increasing appetite for wild food. (10.06.2020)