Rising temperatures will cause a rapid melting of Europe's glaciers and have most of them disappear within three decades, according to an expert. 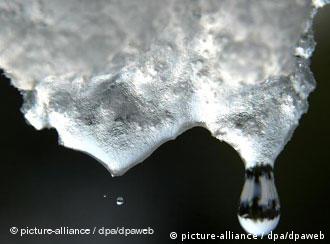 Speaking at a recent conference on the future of the Alps in Austria, Roland Psenner of the University of Innsbruck had little hope for the survival of Europe's icy giants.

"The future of the Tyrolean glaciers looks pretty liquid," he said, according to Austrian national broadcaster ORF. "We're losing about 3 percent of glacial mass per year."

He said the melting at the current rate would make most glaciers disappear by 2050, with only a few at altitudes of more than 4,000 meters (13,120 feet) surviving. 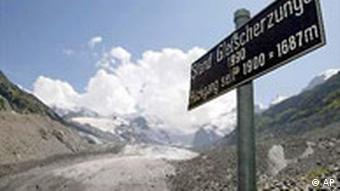 Many, like the Morteratsch glacier in Switzerland, are already rapidly retreating

But Psenner also told the Web site of German newsmagazine Der Spiegel that a more rapid disappearance is likely: At current melting rates, the glaciers could be gone as early as 2037.

The Web site also reported that a recent report by the World Glacier Monitoring Service (WMGS) at Zurich University showed that the world's glaciers lost between 60 and 70 centimeters (23.6 and 27.5 inches) in 2005.

"There's a clear tendency that the rise in temperatures and consequently the melting of glaciers is speeding up," Michael Zemp of the university's geographical institute told the Web site.

New weather models predict arid summers and less time for winter sports in Germany if climate changed isn't turned around, according to a study released this week by the Max-Planck Institute for Meteorology. (30.04.2006)