A museum in the German capital has unveiled a copy of the bunker where Adolf Hitler spent his final days. Critics have accused the project's curator of sensationalizing history. 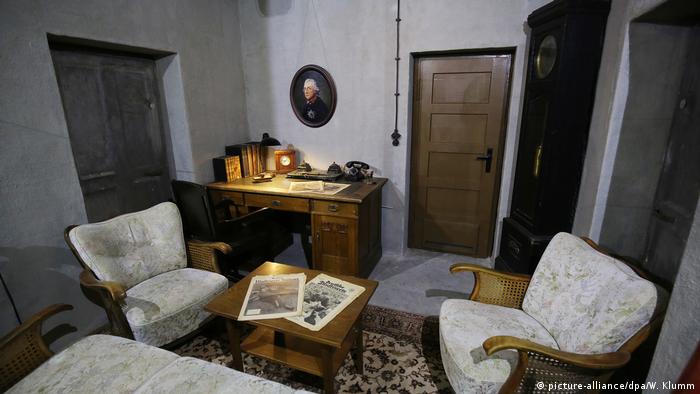 The replica of Adolf Hitler's office went on display Thursday in Berlin, about two kilometers (1.25 miles) from the site where the Nazi leader's actual bunker once existed.

The exhibit's first visitors were greeted by copies of Hitler's desk, couch, grandfather clock, a portrait of King Frederick II on the wall and an oxygen cylinder in the corner. The room, housed in a former air-raid shelter, is a short walk from Potsdamer Platz. The exhibit is a reconstruction of the space where Hitler took his own life on April 30, 1945. 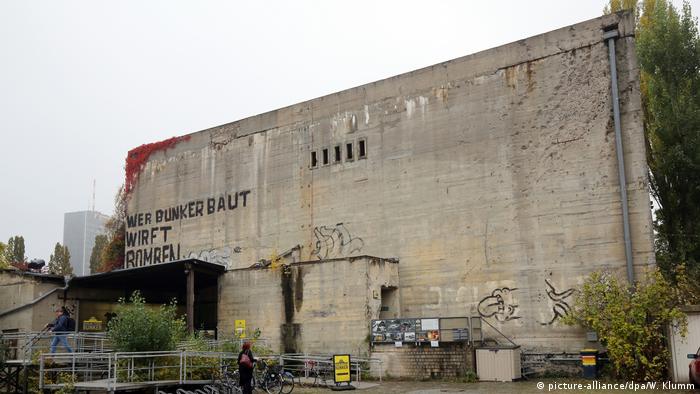 On its opening day, however, the Berlin Story Bunker - as the private initiative is called - drew criticism from some quarters. The nearby Topography of Terror museum, which documents war crimes committed by the National Socialists, dismissed the bunker exhibition as showmanship.

"We explain history, document it, and stick to the facts. That is why we cannot support such productions," the museum's spokesman, Kay-Uwe von Damaros, told German news agency DPA. "Sensationalism isn't our thing."

The exhibition's curator, Wieland Giebel, said the aim was not to "create a Hitler show." He said the replica office was only accessible to visitors as part of a private tour through another war-time shelter that was built for 3,500 people and which ultimately provided refuge to 12,000 by the end of the war. He added that photography was not allowed. 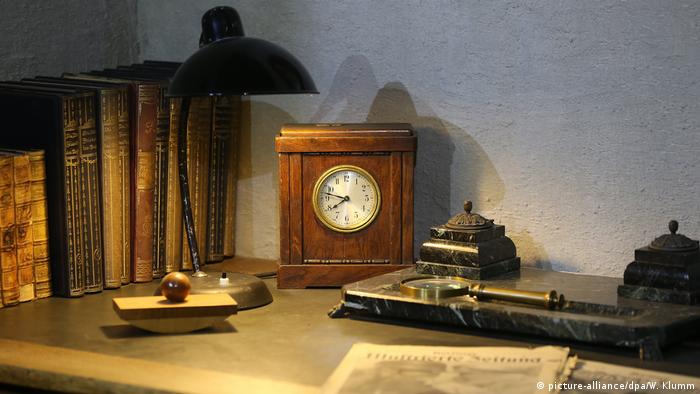 A clock, books and other artifacts adorn a desk in the replica office

Hitler retreated to his underground Führerbunker in central Berlin in early 1945, as Allied forces made greater gains in German territory. During the last months of the war, as the Soviet army advanced west towards the German capital, the underground complex served as the headquarters of the Nazi regime.

Hitler married Eva Braun in the bunker shortly before they both committed suicide there. The site was destroyed in the war's aftermath as part of an effort to wipe out landmarks from the Third Reich. Today, the area is covered by parking spaces with an inconspicuous information plaque explaining its former purpose. 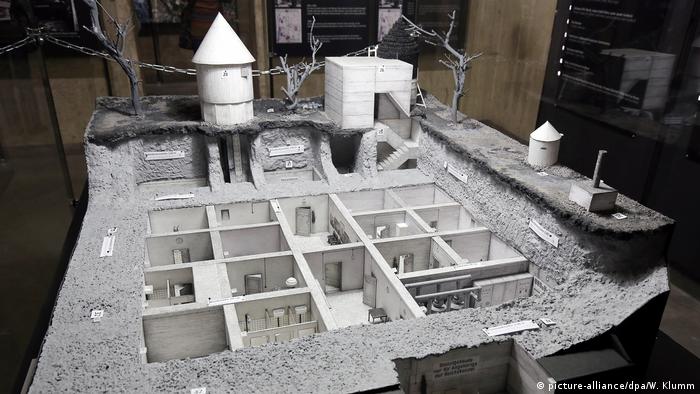 Aside from Hitler's office, visitors to the exhibit can see a reconstruction of the Führerbunker complex built between 1934-44

According to Adam Kerpel-Fronius, from the Memorial to the Murdered Jews of Europe, there's a huge public interest in authentic historical sites.

"I don't think that's a bad thing," he told dpa. "There was always a fear that [the original bunker] would become a pilgrimage site for neo-Nazis. But that isn't the case. Everyone who comes to Berlin and who is interested in history knows that there was a Führerbunker, and they'd be surprised to find only a parking lot at the site."

Leaders in Vienna have announced they will tear down and convert the house where Adolf Hitler was born, which had become a pilgrimage site for neo-Nazis. The structure is to be "architecturally rearranged," they said. (17.10.2016)

On the anniversary of the American troops entering the city in 1945, Munich has officially opened its Nazi documentation center. The museum focuses on the city's role as the birthplace of German fascism. (30.04.2015)