Noor Mohammad is one of dozens of Soviet soldiers who went over to enemy lines in Afghanistan. Today, he has an Afghan wife and six children. He never wants to go back to Russia. 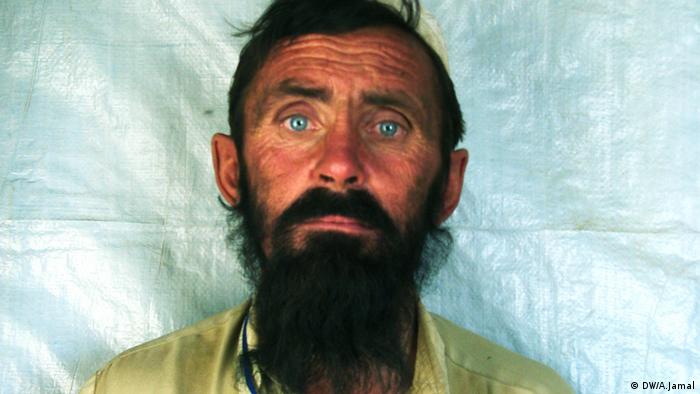 "I came to Afghanistan to fight, to serve my country as a soldier," says Siberian-born Noor Mohammad. "I didn't know my government was killing people here and that's what my task would be."

"Either you kill or you are killed. That's what being a soldier means," he says in Dari.

He explains, not without a touch of pride, that things were different then, back in the 1980s when he was still known as Sergei Yurevich Krasnoperov and the Soviet Union was a mighty world power.

Soviet troops entered Afghanistan in December 1979 to crush the uprising against the pro-communist government. They withdrew almost 10 years later. By then at least half a million Afghans had been killed as well as some 15,000 Russian soldiers. 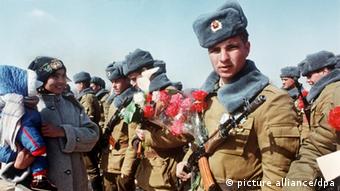 During the war, thousands of Soviet troops deserted the invasion, and dozens, including Noor Mohammad, converted to Islam, changed their names and joined the mujahedeen.

"They took me in and I became part of their movement - jihad against the unbelievers," he explains.

Although he did not fight on the front, he had plenty to do: "One person would make sure the tank was ready, another would fill it up with gas. I would load the munitions or take care of the provisions. All that was also part of the war."

His new life was nothing like the one he had led in Kurgan in the West Siberian Plain. "I wasn't religious before. We didn't respect anything except for vodka and girls. My parents were Christian, but I was interested in other things. I was young," he says with a laugh.

Today, he has an Afghan wife and six children. The mujahedeen made sure he married early so he would feel more connected to his adopted homeland. 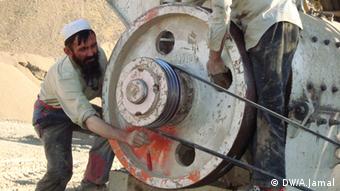 His children go to school and look no different from their classmates. The only telltale sign that his daughter has a Russian background is that she rides a motorbike, he says.

Noor Mohammad's desertion from the Soviet army made little economic sense. He earns some 5,000 afghanis (ca. 100 US dollars) from his repair shop and can just about keep his and his family's head above water, but still he has no regrets.

"The Russian embassy wanted to bring me and my family back but we refused," he says. Not even his mother was able to convince him to go home when she went there to get him in the 1990s.

"Russia is no longer the big world power that it was," he explains. "People don't have jobs and they're going hungry."

"I've gotten used to the people here and the country," says Noor Mohammad. "My family would have problems in my old homeland but here even the Taliban accept and respect me the way I am."

"I have an Afghan passport and I'm a proud Afghan."

Afghanistan's neighbors wary of US influence

As Washington and Kabul deepen their post-2014 cooperation, the neighboring states have certain misgivings about their own role in the resource-rich region. (18.05.2012)

Russia's foreign minister has expressed concerns about NATO plans to withdraw from Afghanistan. Sergei Lavrov also asked NATO for guarantees about its plans for a missile shield. (19.04.2012)