Former Polish President Lech Walesa says he has gone broke due to COVID-19. But the leader of Poland's Solidarity movement has been sailing close to the wind financially for some time. 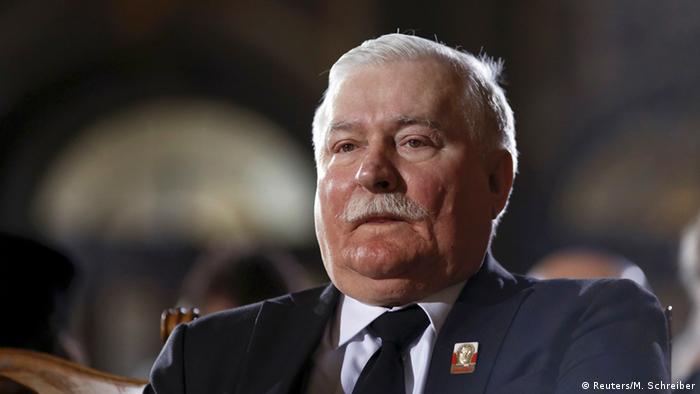 Until about mid-2020, ex-president and icon of the 1980s Solidarnosc — or Solidarity — anti-communist movement in Poland, Lech Walesa, was earning a living from the lucrative international speakers circuit. Since then, he says, COVID-19 travel restrictions have sent him to the verge of bankruptcy.

"I had many trips planned. I was supposed to fly to Italy, Germany, the US and other places and unfortunately they all fell through," he told the tabloid Super Express.

Polish speakers are few and far between on the international English-speaking lecture circuit. But Walesa commands name recognition abroad. "It is him, [Donald] Tusk and [Robert] Lewandowski, but few others get anywhere near," a Polish academic told DW on condition of anonymity. "It was once the pope, but no more."

Polish expertise on "Eastern issues" such as Ukraine has hiked the price of the two political speakers since 2014. But what sector insiders call "culture war weariness" has dampened demand for views seen to fall on one side or the other. Walesa has never been shy to speak his mind, sometimes in ways that might not be considered politically correct.

After changes in August, this was increased to 18,000 zlotys a month.

He would also supplement his speaking income by providing sessions in leadership, motivational meetings for companies and promotional services. A 1-2 hour meeting is reportedly priced at a minimum of 20,000 zlotys.

This is not the first time that Walesa has faced financial problems. In February, he said that he was looking for additional work as the pandemic was hitting his wallet.

"Six months more of this and I will go and collect money in front of the church," he said, or return to work as an electrician — his original profession, which he took up in the Gdansk shipyard in 1967 before going on to found the Solidarity movement 13 years later.

In April, Walesa wrote that he was looking for a job and posted his ad on the flexi.pl portal, for people over 50 looking for employment.

"An experienced leader, great speaker, winner of the Nobel Peace Prize, president of the Republic of Poland 1990-1995, co-founder and first chairman of NSZZ Solidarnosc, will conduct meetings and training with leadership, accept invitations to incentive meetings in companies, but also in families, possible additional promotional services, joint photos, autographs," his blurb says. 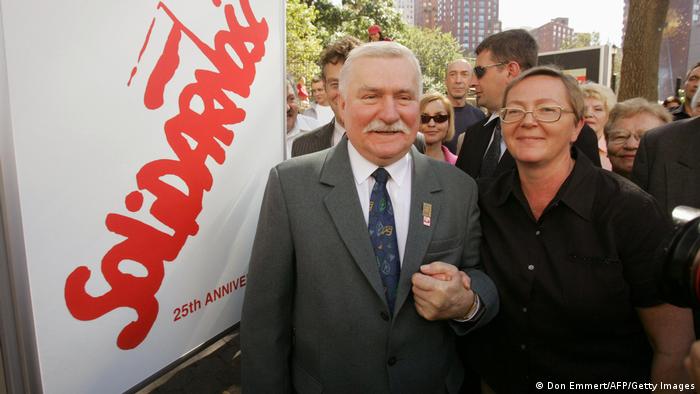 Lech Walesa was the leader of Solidarity in the 1980s, but since 1989 there have been tussles over who should claim the movement's iconic logo

Many of Walesa’s 1990’s contemporaries — Bill Clinton, Gerhard Schroeder, Tony Blair — have benefited from the circuit or monetized their list of high-profile contacts with gigs for often less than fully democratic, fossil-fuel-financed regimes.

The arrangements can be quite lucrative. Hillary Clinton joined the circuit after leaving office as secretary of state in 2013. Her price? A minimum of $225,000 per speech.

Sovereign wealth funds are big payers, looking for a combination of market insight and behind-the-scenes anecdotes.

Investment bank Goldman Sachs is one of the most high-profile bookers of speakers. But its "Talks with GS" series hasn’t included a politician in its bookings since at least the beginning of the year.

"It is a big market. Globally several billion dollars. The largest market is the US," Tom Kenyon‑Slaney​, Chairman of the London Speaker Bureau, told DW.

"Corporations and governments like getting experienced, high-level people to come and talk or even advise them," Kenyon‑Slaney said.

"Our industry transitioned to virtual during COVID-19 and that has been good for everyone. So speaker fees would be well down, but still the event and conferences carried on albeit online," Kenyon‑Slaney continued.

Nick Gold, managing director of Speakers Corner, said the industry is anecdotally estimated to be worth around $5 billion dollars. "There is no league table of speakers. Ultimately, it is a marketplace where there are no barriers to entry. After all, anyone can proclaim themselves a speaker and as we all do have their own unique experiences and expertise, this can be deemed a legitimate proclamation," he told DW.

He added that no one could have foreseen the pandemic and the impact it would have on the industry.

"It meant for speakers, speaker bureaus, event organizers and any other people related to the speaker industry massive turmoil and seismic devastation," Gold said.

"The virtual world has opened up a new platform for speakers to deliver their content. It is not a move to e-speaking but a development of a new platform to deliver a message. Speakers had to reinvent and reimagine their delivery for this new virtual platform so as to give the audience the best possible outcomes," he added.

The fall of the Iron Curtain: Poland

But Walesa’s problems with money have a history. The Lech Walesa Institute (ILW) — a nongovernmental, nonprofit organization established in 1995 by Walesa and modeled on the Carter Center in the United States — changed its name to the European Solidarity Center after its chairman from 2000 to 2014, Piotr Gulczynski, was accused of financial malfeasance.

A prosecutor's office in Warsaw received a notification of suspected crimes committed by Gulczynski, and another about the former chairman of the institute, Mieczyslaw Wachowski, Walesa’s former driver and confidante.

According to the findings of gazeta.pl, Wachowski used funds mainly for "prizes" for himself. He also lost a lawsuit with power company Energa and must pay back 825,000 zlotys. Press spokesman of the Energa Group Adam Kasprzyk said that the institute had not performed any of the marketing services which it committed itself to on behalf of Energa.

In 2017, the institute saw a wave of layoffs and the resignation of its then chairman after an audit he had commissioned showed debts of over 1 million zlotys.

In April, the TVN24.pl news portal reported on a request from entities related to State Treasury companies to return subsidies of 1.7 million zlotys granted to the institute for the implementation of projects.

Poland's Solidarity movement turns 40: A nail in the coffin of communism in Europe