The ousted Nissan chairman was also served a new arrest warrant on separate allegations of underreporting his income, according to local media reports. Nissan and another of its former executives were also charged. 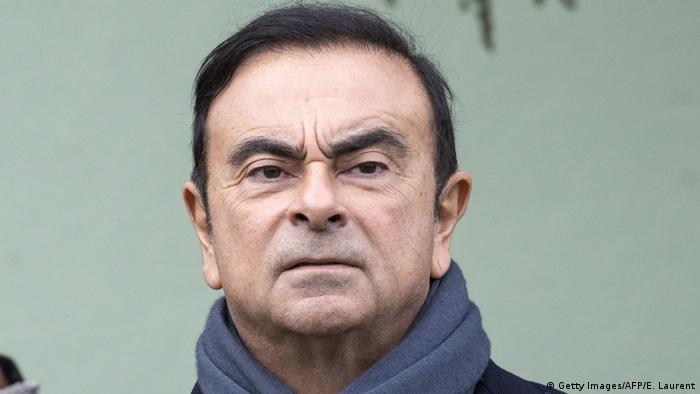 Ghosn, who was arrested on November 19 , will also face investigation on fresh allegations that he understated his salary by 4 billion yen for an additional three business years through March.

With his initial detention scheduled to end on Monday, the new allegations will allow prosecutors to keep him in custody in Tokyo and conduct further interrogations, according to Kyodo news agency.

Nissan Motor Co. and former Representative Director Greg Kelly also were charged. Kelly, who was arrested in November, has been accused of conspiring with Ghosn, while Nissan faces allegations of making false statements in annual reports.

In a statement issued on Monday, Nissan said it was taking the allegations "extremely seriously."

In Japan, a company can be charged with wrongdoing.

According to Kyodo, Ghosn has admitted to signing documents to defer part of his salary until after retirement, but said this amount did not need to be declared. The 64-year-old faces up to 10 years in prison if convicted of financial misconduct.

Until recently, Ghosn chaired all three companies comprising the Renault-Nissan-Mitsubishi alliance, a strategic automotive partnership which he helped found. The boards of Nissan and Mitsubishi dismissed him as chairman after his November arrest; he still holds the position at Renault, though the French car giant has appointed an interim chairman.

Nissan has recently stepped up its efforts against its former CEO, who earned the name "Mr. Fix It" after rescuing the company from near-bankruptcy in 1990. The Japanese automaker said on Sunday that it was seeking to block Ghosn's representatives from accessing a company-owned apartment in Rio de Janeiro, citing fears they may try to remove or destroy evidence.

Nissan also blamed Ghosn for several other infractions, including the personal use of company funds. The company has begun the process of choosing a new chief executive, with an announcement expected on December 17.

Nissan and Renault's stock prices plummeted as the automakers prepare to oust arrested chairman Carlos Ghosn. The Brazil-born executive was detained in Tokyo on accusations of financial misconduct. (20.11.2018)