The Nissan chairman has been arrested on suspicion of falsifying financial reports. Brazilian-born Carlos Ghosn has rescued the Japanese automaker from near bankruptcy over the last 18 years.

Nissan Motor Company said on Monday it was moving to fire its high-flying chairman, Carlos Ghosn, from his post after he was arrested for using company money for personal use and engaging in other serious acts of misconduct.

Ghosn, who heads the Renault-Nissan-Mitsubishi alliance, was arrested in Tokyo on violation of financial regulations including misreporting his income.

Shares in French carmaker Renault plunged as much as 12 percent as the news of his alleged misconduct broke - Renault's lowest level in about four years.

Nissan said the violations were discovered during an investigation over several months that was instigated by a whistleblower.

Ghosn's arrrest has shocked the auto industry, and comes just five months after he narrowly won a shareholder vote at Renault over his 7.4 million euro ($8.5 million) pay package for 2017, after losing a 2016 vote. His compensation package was criticized by Emmanuel Macron during his stint as France's economy minister. 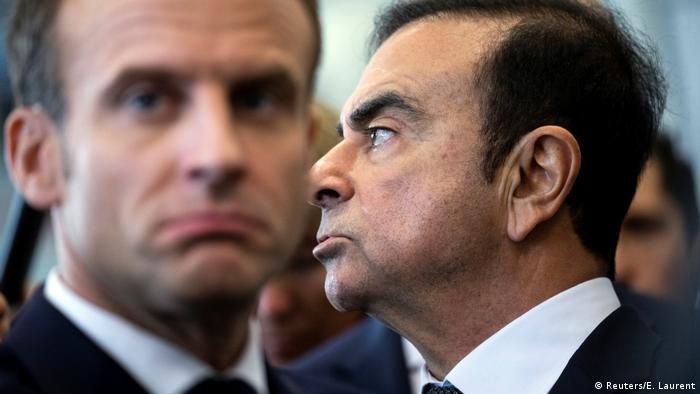 French President Emmanuel Macron with Carlos Ghosn at the Renault factory in Maubeuge, France on November 8

The 64-year-old helped turn the carmaker back from the brink of financial ruin 17 years ago and turned it into a global powerhouse, introducing it to electric cars.

Nissan's CEO, Hiroto Saikawa, said the board will meet on Thursday to vote on dismissing both Ghosn and Kelly. He identified three types of serious conduct: under-reporting income, using investment funds for personal gain and illicit use of company expenses.

"This is an act that cannot be tolerated by the company," he said during a news briefing. 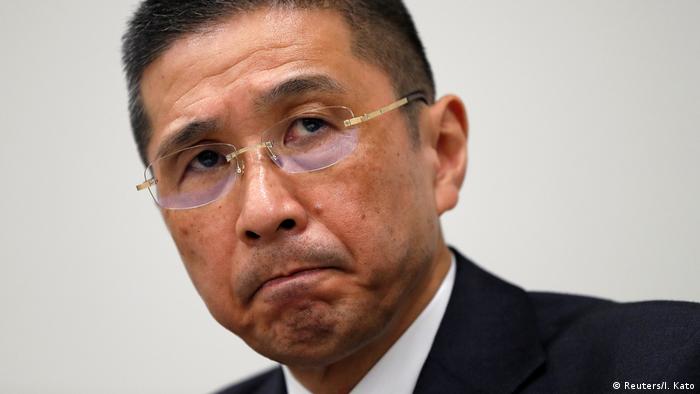 Nissan CEO Hiroto Saikawa said too much power had been concentrated on Ghosn, a rare foreign executive who enjoyed corporate superstar status in Japan for reviving the ailing Japanese brand.

The Nissan CEO said the scandal would not affect the automaker's alliance with Renault and Mitsubishi.

"The partnership among the three entities will not be affected by this event, rather we will closely work together with all the partners to contain any possible confusion."

Saikawa said the wrongdoing was serious and unacceptable and had gone on for years, without giving further details.

"To have so greatly violated the trust of many, I feel full of disappointment and regret."

France's President Emmanuel Macron said his country would be extremely vigilant about the fate of Renault and its alliance with Nissan after Monday's events.

Macron said that the French state, as a Renault shareholder, "will be extremely vigilant to the stability of the alliance and the group."

Nissan has said it'll decide by the end of the year whether to build its new SUV model at Britain's Sunderland facility. The carmaker wants guarantees from Downing Street that Brexit will not harm its investment. (14.10.2016)