Ex-general: NATO has failed blatantly in Ukraine | Europe | News and current affairs from around the continent | DW | 03.09.2014

A former top German military officer has accused NATO of grave mistakes with regard to Russia in the Ukraine crisis. It's high time the two sides talked, retired general Harald Kujat tells DW. 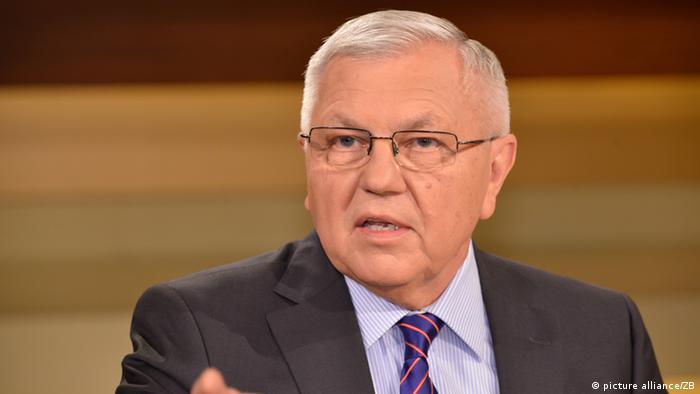 Deutsche Welle: At its summit this week, NATO plans to discuss a new strategy towards Moscow. What do you think that strategy should be?

Harald Kujat: NATO wants to prepare more thoroughly for conventional defense, and strengthen its conventional capabilities. That's a result of the Ukraine crisis. The Baltic States in particular, but also Poland, fear that this spark could reach and threaten them, too. Most states - in particular Germany, France and Britain - have not only significantly reduced their armed forces' numbers, they've also changed their military structure and the available weaponry. They've move toward crisis and conflict resolution, while at the same time reducing the capabilities for conventional and collective defense. That has been recognized as a problem which they're set to change.

NATO says it plays no military role in the Ukraine conflict. But is it even in a position to defend its eastern member states - the Baltic States - should they be threatened by Russia?

Response time is the problem here. Because of the changes, NATO would need a considerable amount of time to build a sturdy line of defense in Poland or the Baltic States, also due to geographic circumstances. Russia just happens to be in a better position. That's why these states demand permanently stationed NATO troops on their territories - to shorten that response time. Some NATO members are opposed. But apparently, a rapid deployment force is now able to react more quickly than before, able at least to show a presence within a shorter time. Of course, that would be a significant deterrent factor and would contribute to these countries' safety.

Will the storage of supplies and arms without stationing permanent personnel be enough to give these countries the protection they seek?

When push comes to shove, moving supplies is time-consuming. Personnel can be moved relatively quickly. That is supposed to allow the NATO Response Force to react more quickly. Another advantage is that multi-national troops would appear on the scene, which means NATO as a whole would be involved. Of course, you always have to remember that more troops would have to be transferred to these countries. But Russia also needs a certain amount of time to be ready for attack. That can definitely be compensated if you have an efficient early warning system. 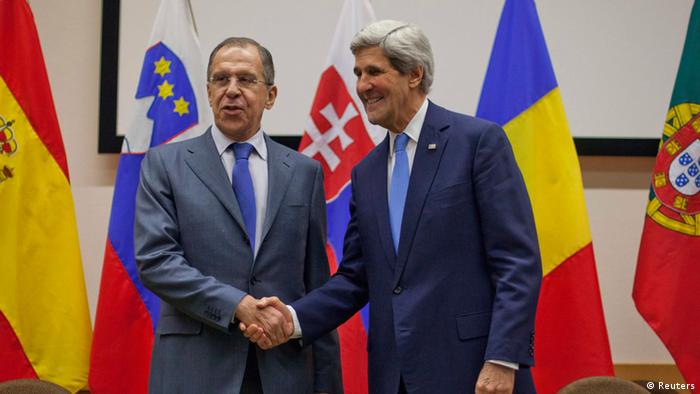 It's high time for talks on Ukraine, Kujat says

Up until now, NATO-Russia relations have been based on the Founding Act on Mutual Relations, Cooperation and Security, which is largely seen as prohibiting the permanent stationing of larger NATO contingents in its eastern member states. Is it time to rework or cancel the act?

The passage you're referring to is a unilateral NATO declaration. It says that NATO doesn't plan any major stationing of troops. It's a unilateral statement! So of course, you can revoke that anytime you want to, but I think doing so would be a big mistake. The value of the strategic partnership between NATO and Russia is much greater than the value you could achieve by stationing troops in the Baltic. That would be an escalation or worsening of the relationship.

No, it's about improving cooperation between NATO and Russia, it's about being prepared to solve conflicts and crises. The scope of possibilities we have at our fingertips today is actually unique in the post-Cold War era. It would be a pity if that were destroyed.

This strategic partnership has of course been rocked by Russia's course of action in Crimea and eastern Ukraine. Both NATO's secretary general and the Supreme Allied Commander Europe say that Russia is no longer a partner but a threat, an opponent. Do you share this assessment?

No, not at all. These are statements that don't contribute to de-escalating the situation, instead they escalate it.

What we're dealing with now is a regionally confined crisis. There are Russian interests on one side, and the interests of NATO's member states on the other.

NATO as an organization has no interests. This is where the Founding Act says that whenever the safety of both or the security interests of one of the signatory sides is concerned, the partners get together to find a solution to the conflict. NATO hasn't done that so far, just like in 2008, when the conflict between Russia and Georgia developed. NATO didn't formally terminate cooperation, but it terminated or suspended practical programs. That's a mistake! If you create a tool for crisis management, it makes sense to use it when the situation arises.

In Ukraine, Russia has maneuvered itself into a position that is basically a dead-end. But so has the West, because in the end, sanctions lead nowhere. Actually, this could be the last opportunity to find a common solution, but to do so, they would have to get together for talks.

Yes, that truly is a mistake. But it wouldn't have had much chance at success at such short notice. That would have needed more preparation: first, the foreign ministers would have had to talk, and that could have progressed to the heads of state and government. It really is a pity that NATO has failed so blatantly in this case.

Retired General Harald Kujat (72) served as General Inspector of Germany's Bundeswehr from 2000 to 2002 - the highest-ranking soldier in the German military and a top government advisor. From 2002 to 2005, he was chairman of the NATO Military Committee.

What Ukraine wants from NATO

The war in eastern Ukraine is the focus of the NATO summit in Wales. The Western military alliance wants to help Kyiv without becoming directly involved in the conflict - dampening expectations in Ukraine.

Russia views the prospect of a permanent NATO military presence in eastern Europe as a major threat, according to a senior Kremlin official. The Western alliance has announced plans to beef up its defense strategy. (02.09.2014)

Many would like to see the EU really lose its cool with Vladimir Putin, just once, especially now it is clear that Russian troops are in Ukraine. But in its own way it is, says DW's Claire Davenport. (31.08.2014)